Polar align made easier than a polemaster?

I have an idea but i am thinking this is going to be something that will be better as a DIY than it would be for a commercial application.  Well i should say maybe part DIY and part commercial.  The Commercial part is a smartphone app for the polar align part.  i have reached out to the developer of PS Align Pro for the iPhone to see if he might be interested in this as this is right up his alley and his app would be killer for this.  Basically my idea is this:

The polar alignment reticle on most EQ mounts is in a hard to see and awkwardly place position to make it comfortable to use.  For me, i need to twist my neck around like and owl and then bend WAY down, even with the mount sitting up high just to see into it.  Now PS Align Pro has as part of its features a display that can show you exactly how the reticle should be positioned so you can pretty accurately polar align your scope.  the problem for me and i see a lot of people is how to you match that to what you see in your reticle and NOT get a serious crick in your neck doing so.  For me the answer is two fold:

1. Attach a 45 degree mirror  or diagonal to the body of the tripod that can look up into the reticle but not mount to it so it stays stationary.  The best way i can think of is some kind of custom mount that can hold the weight of both a 90 degree mirrored diagonal AND the phone plus a holder.  I found on eBay a Meade smartphone adapter ( https://www.ebay.com...872.m2749.l2649 )which if i am right will allow you to plug in the barrel from an eyepiece to it and allow you to easily place this in the diagonal.  Now you don't want to magnify the image so placing it in with the open barrel from an eyepiece would be best.

2. Use the smartphone camera to view the reticle from this hardware and use it to polar align a little easier.

PS Align pro has the reticle arrangement but it doesn't pair it with the smart phone camera... yet. Im hoping this can be done.  Otherwise it may be possible to use two phones or a phone and webcam for doing this.  My idea though is to integrate his polar scope reticle view with the camera so all you need to do is align the reticle with the display on the phone and then simply move the mount till Polaris is where it needs to be.  Of course i don't develop apps so i really don't know if this is feasible but the first part surely is, that is mating the phone to the reticle in a way the camera app can see down it.

So to all of you i pose this question:  given the need to mount something that A ) can hold all that weight, and B ) can see down the reticle clearly, how would YOU create this mount for your scope?  Even if the app idea is a no-go, still having a way to actually see down the reticle without having to crane your neck would be a great asset and might work regardless of which smartphone you have. I just have issues with how to secure the contraption to the mount head securely so it doesn't move or flex too much.

Lets all pick up our thinking caps and see what falls out shall we?

Lots of people use one of these (or something similar):

They're easy to modify so that they fit on the back of the polar scope.

I actually have one like that for my camera, the only drawback is while it might be good to look through, it wont hold a iPhone mount since it rotates freely on a pivot and it magnifies the image.  i need something that can hold the weight of a phone and not magnify it. however your idea is a good one for visual use in a pinch so i may try that too, i just have to find a way to mount it to the reticle.  Are there any threads you know of where people have done this?

FYI the owner of the app came back with this link as a suggestion however this still mounts it with the phone pointing downwards and not up at a 90 degree angle to make viewing easier.  however this is a start:

As I said in a PM reply, years ago I thought about exploring the possibility of overlaying the reticles over the camera view ( there was the app I pointed out available, but it was no PS Align

- even in terms of reticle support ). But after experimenting with my iPhone and my mount (don't remember which iPhone/mount combination I used then, probably iPhone 4 & ZEQ25 or HEQ5?), it was way too fiddly to get any good image holding my phone in front of the polar scope eyepiece - probably the small eye relief, I could get a very partial view at best, very sensitive to movement. So I considered it not worth my time making attachments and developing a solution - there were so many useful things to add (years later I still have quite a backlog - e.g. currently adding a weather forecast that should be more accurate for the short-term, always open for beta testers if there is interest

I would think if there was a good method of not crouching without attaching the phone that would be enough, personally I find it very easy to visually align if I disregard the awkward position.

In order to be prepared  and flexible for  polar aligning I practice Sun and moon salutations. 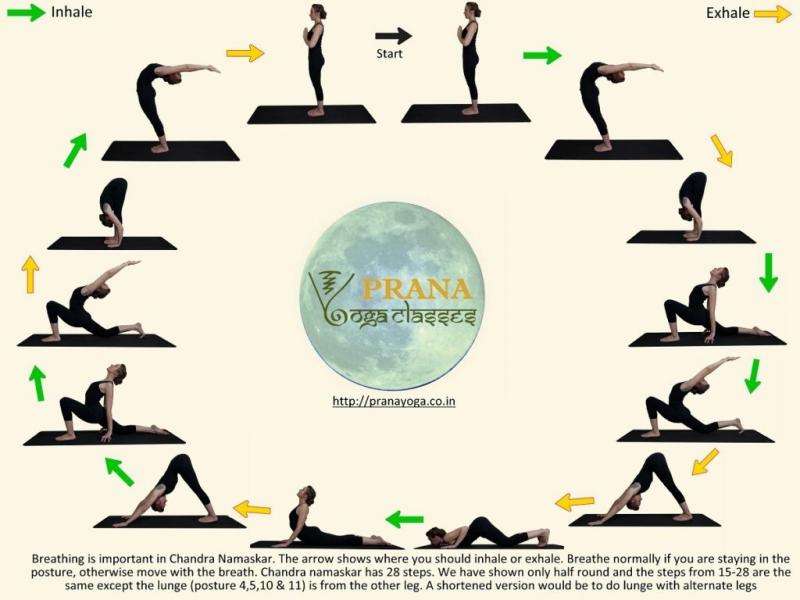 OK so i did some experimenting on my reticle outside of the tripod head and found the following:

When using a mirror or prism diagonal i get a view similar or worse than the following simulation: 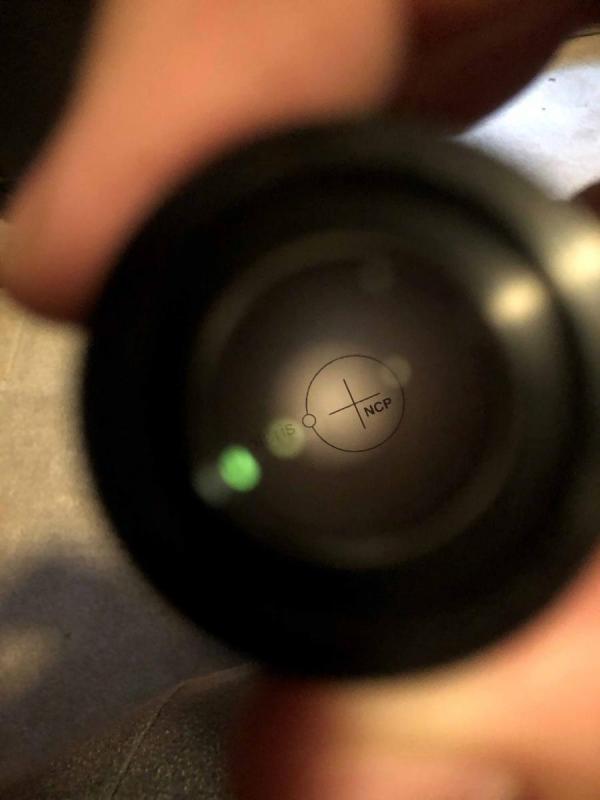 When i hold the camera up to the reticle directly i get this: 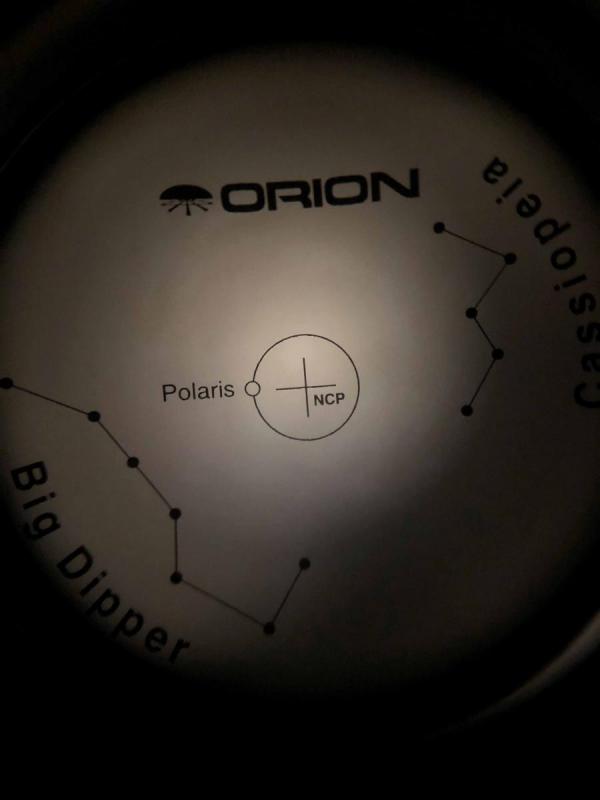 So it appears that you need to be close to see the image properly and it does have a good FOV if you can keep it steady.  Even if i had to look at it facing somewhat downward in my phone that still might work to a degree.  However an earlier reply suggested using a camera right angle viewer for this and i tried this since i have one and it works better and you can see the whole image this way without the crazy contortions.  Since mine can also rotate this would work perfectly as a visual source to do the alignment if i can only figure out how to attach it to the reticle.  Its the old "how do i attach a rectangular object to a round one" dilemma.  The only drawback is you wont be able to use it with a phone or camera since the freely movable eyepiece would simply rotate all the way over to the bottom and either damage the phone/camera or cause the whole thing to fall off thus damaging everything.  I think i will stick with trying to find out how to attach my right angle viewer to the reticle and use this method instead.  It also has a 2.5x magnifier so once i get Polaris near the center i can zoom in and make it align even more accurately.

I will let you all know what i come up to make this work with but still appreciate any other ideas/suggestions you all may have.

Oh and as for the yoga positions, sorry i am not nearly enough flexible for that.  I am WAY over weight (yeah i know, lose weight dummy!

) and partially disabled to boot so that's a no go.  Good idea though, my cousin does yoga and its done wonders for her, it just isn't for me...

OK i came up with a solution thanks to @OldManSky!  Here is a photo of the adapter i made from an old 35mm film canister: 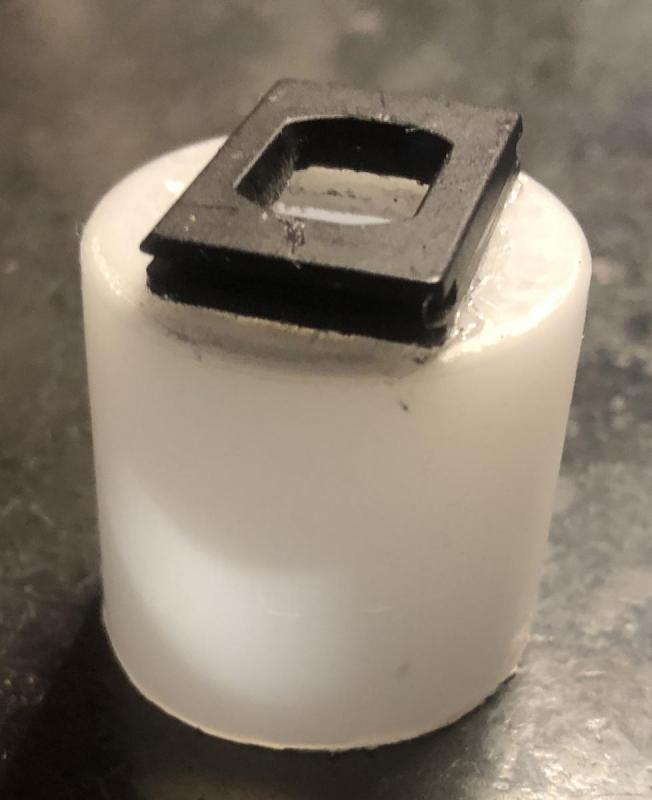 This lets me attach my right angle viewer to my reticle and it fits quite snug to it.  Because the viewer rotates it will let me mount it, and rotate the mount head to the right position then position the viewer so i can see it easily.  Thank you @OldManSky!  works a treat!.  right now i am waiting for the glue to dry.

Basically i used the top piece from an old canon camera i had disassembled to make the viewer adapter with.  I removed the finder window and popped out the lens that was in it, then i had to use a dremel to cut of the extra parts to leave only the mount so it sits as flush as possible to the reticle.  This way the field of view is wide enough to use.  Because the canister fits snugly it wont fall off and wont lean or droop over from the small amount of weight found in the viewer.  It IS a bit hard to remove it fits so snug but it does come off and i think might even ft inside the back cover of the scope.  if so i plan to never remove it.

So for anyone with an HEQ5 from Synta or Orion this might works for you as well assuming you have any spare 35mm film cans laying around that are the right size.  Some may be a bit bigger on the inside than the one i used (insert Dr. Who joke here) so you may have to make a few modifications or use something else to make it fit.  also for the adapter you can buy online small adapters for these right angle viewers that you can use with proper retooling like i did here. Some right angle viewers come with the different adapters and you only need to use one to make this work.

Off in a different direction -- What I'd really like is to be able to use my smartphone or Android table with an iPolar or Polemaster camera, to save having to bring a Windows computer into the field.

Here are pics of my completed work around: 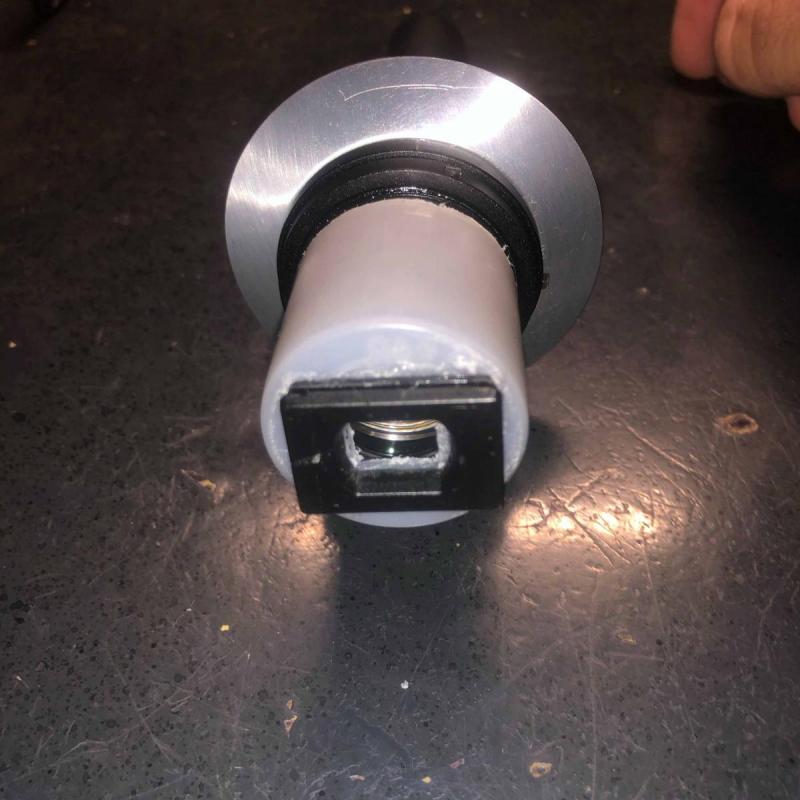 And the full setup 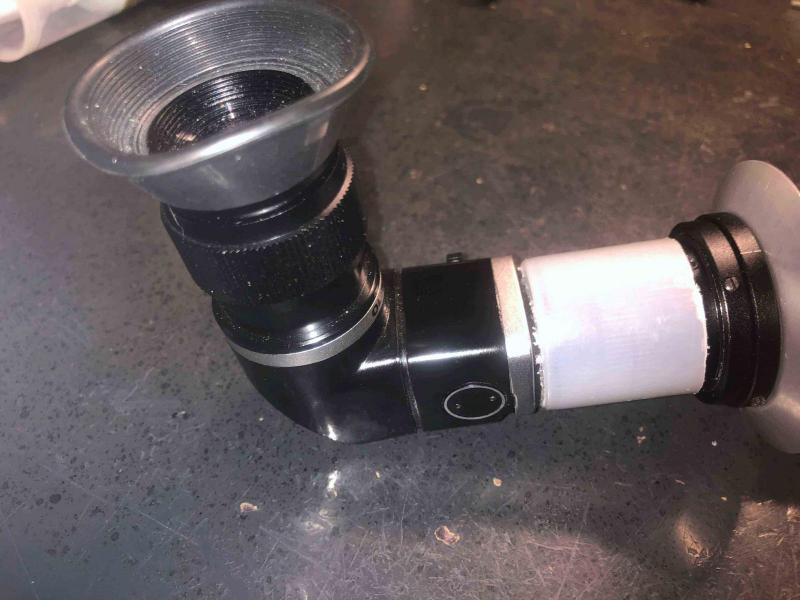 It might be possible to attach a camera to this but it does flex just a tiny bit as it is.  It is not enough to make it impossible or even difficult to view everything visually, but you do see a small amount of edge in the top of the view.  plus the wording in the reticle is backwards so it will be interesting to see how the polar alignment goes when i perform it if i have to reverse normal movements.  either way this will make doing the alignment MUCH easier so thank you @OldManSky!

Off in a different direction -- What I'd really like is to be able to use my smartphone or Android table with an iPolar or Polemaster camera, to save having to bring a Windows computer into the field.

You don't need a computer to use your PoleMaster. Use your Android phone with a cable and the free PoleMaster app on Google Play. Cables are cheap and the app is free but be warned, it is not supported and not all Androids are created equal. I used it on my Pixel 4XL and it works., YMMV.


Also tagged with one or more of these keywords: equipment, mount, tripod, 3d printing