I am trying to set up a new zwo 6200 on an Esprit 150 flattener.  I added 1.5mm of spacers which improved curvature and now it looks like I have tilt to correct.  The tilt plate is on the camera with the filter wheel screwed on.  Here is the CCD inspector graph, it looks like i have some tilt to correct on the lower left Y side is there any way to determine left or right looking at the sensor face on?  Trial and error is difficult having to disassemble everything and have clear sky to test.  Anyone have an example of what correct backfocus(curvature) and tilt looks like?  I just noticed that the out of focus corner changed when the spacers were added.  Does that mean I went past the backfocus when I added 1.5mm??  Thanks in advance.

After adding 1.5mm spacers after flattener same camera orientation.  Pretty flat but maybe .25mm more spacer and tilt adjustment left side "down"??  Also this is a Lum filter, I have 3mm chroma on the way will those add a mm of spacing? 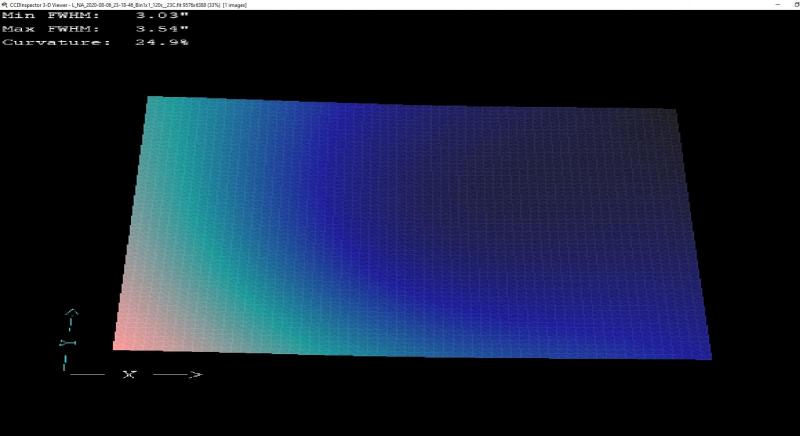 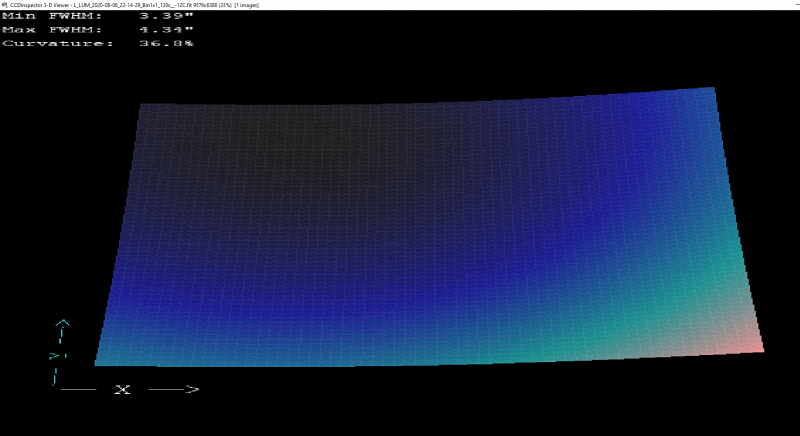 Here are a couple of pics from my QHY367c full frame on a 11 inch RASA. 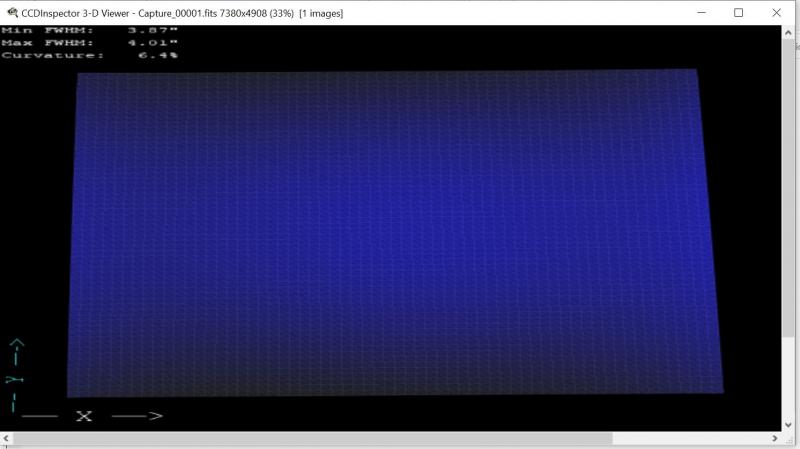 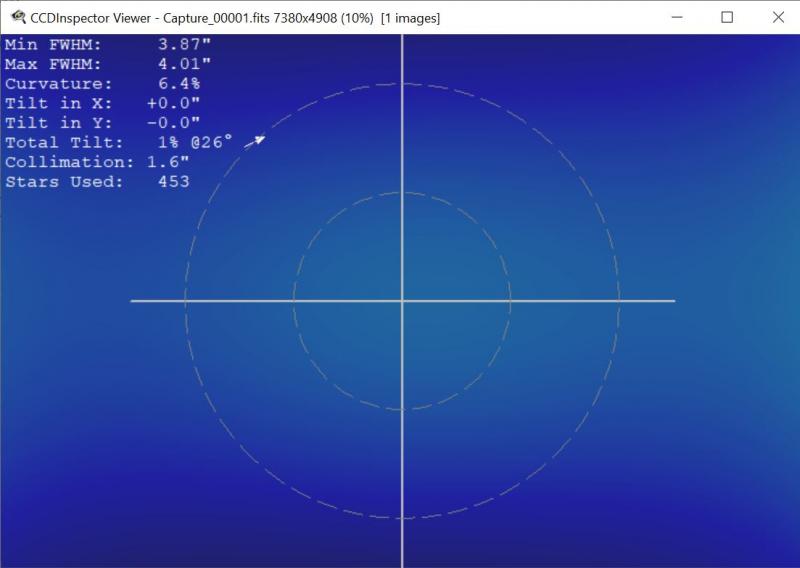 Draw a rectangle on a 3 x 5 card or similar. Defocus your scope like you are collimating it and take a pic with your hand blocking the light where 1 of your tilt adjuster are. Make that A or 1 then move to the next adjuster and name that one 2 or B. You get the idea. That way when you look at your monitor you will which screw needs adjusting.

Have fun and move slowly or you will go past your mark and cause frustration.

Thanks!  I tried an adjustment and got this: 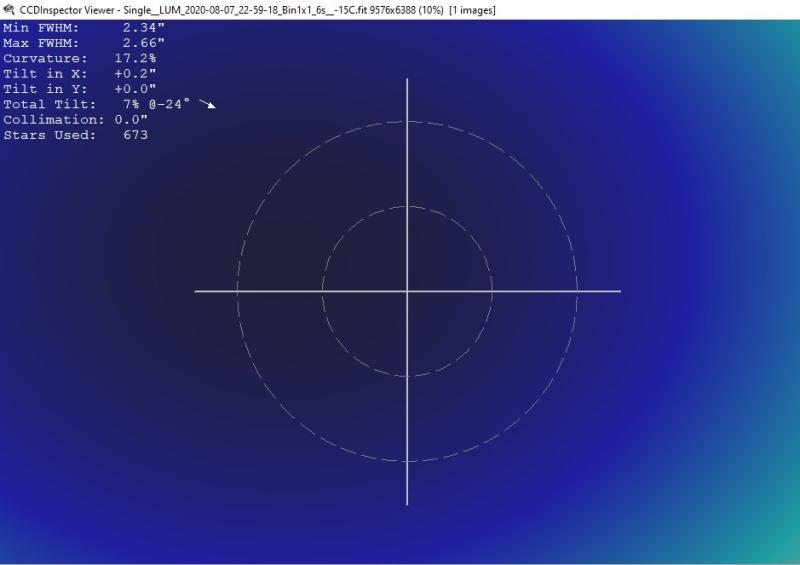 So 17.2% curvature concave means I need more spacing from the flattener to the sensor? And fix a tad of tilt on the right side? I am not overly impressed with the ZWO tilt system on a $5000 camera.  You loosen the camera from the filter wheel and "wedge" it up with three allen screws that cant be accessed when attached to the filter wheel and which many have noted leaves a light and dust gap.

So 17.2% curvature concave means I need more spacing from the flattener to the sensor? That’s true?

Posted by Oddsocks on another forum in 2014:

"Your curvature measurement is 17.5% which is the percentage difference between the lowest and highest FWHM star values measured across the image map.

By increasing or decreasing the distance between the flattener and the CCD you may be able to reduce the curvature more, some flatteners are better matched to one make of telescope over another so it is a matter of tweaking the distance a little a time, so that the maximum and minimum FWHM values get closer together and as they do so then the percentage score will fall, but watch the map shape for distortions if you go too far away from the optimum distance, the 3D map is best for this and will show a hump or well in the centre when the spacing distance is overcooked.

If the optimum flattener to CCD distance is already met then the difference between the maximum and minimum FWHM values and the percentage score will only increase whichever way you change the distance.

My own experience with CCD Inspector has been that sorting out the tilt in the system first leads to a reduction in the curvature percentage as well, I guess that would be logical since the curvature score is derived from the FWHM values in the image and if the chip is tilted even slightly then FWHM would be quite different on one side of the chip against the other."