I recently bought a used Explore Scientific 152mm Mak-Newt and am trying to sort out the collimation.  My previous experience has mostly been with a refractor for astrophotography, although I have collimated my 10" dob to my (newbie) satisfaction for occasional visual use.

Using a sight tube / cheshire I:
-Rotated the secondary so that it looks perpendicular to the draw tube.
-Adjusted the tilt of the secondary until I could see all three clips of the primary evenly.

Using a 2x barlow and a laser I adjusted the tilt of the primary until the image of the donut was centered.

I noticed that if I rotate the laser/barlow in the drawtube, the image of the donut shifts slightly.  Not a huge amount, but enough that'd I'd want to adjust it more.  Isn't a barlowed laser supposed to not do this?  The beam looks like a fat bar where it hits the primary, but always covers the donut. I noticed there were some screws from a previously removed finder shoe that were impinging on the light path (as well as the focuser draw tube), so I removed the corrector (still in it's mounting ring) to get to the screws and took out a spacer on the camera to move the drawtube further out.

Unfortunately, I didn't recollimate after doing this, so the images below are slightly off from where they were. 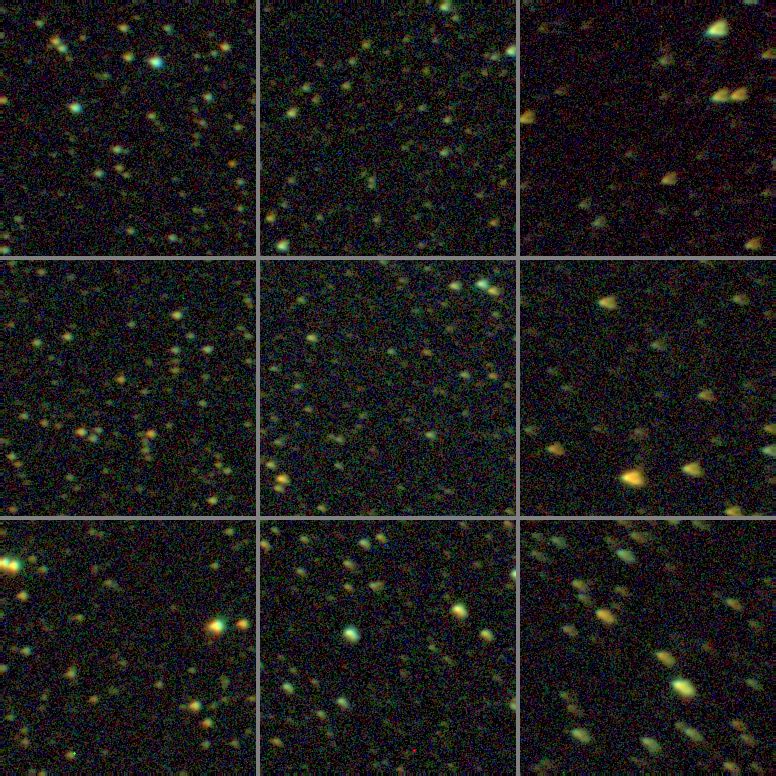 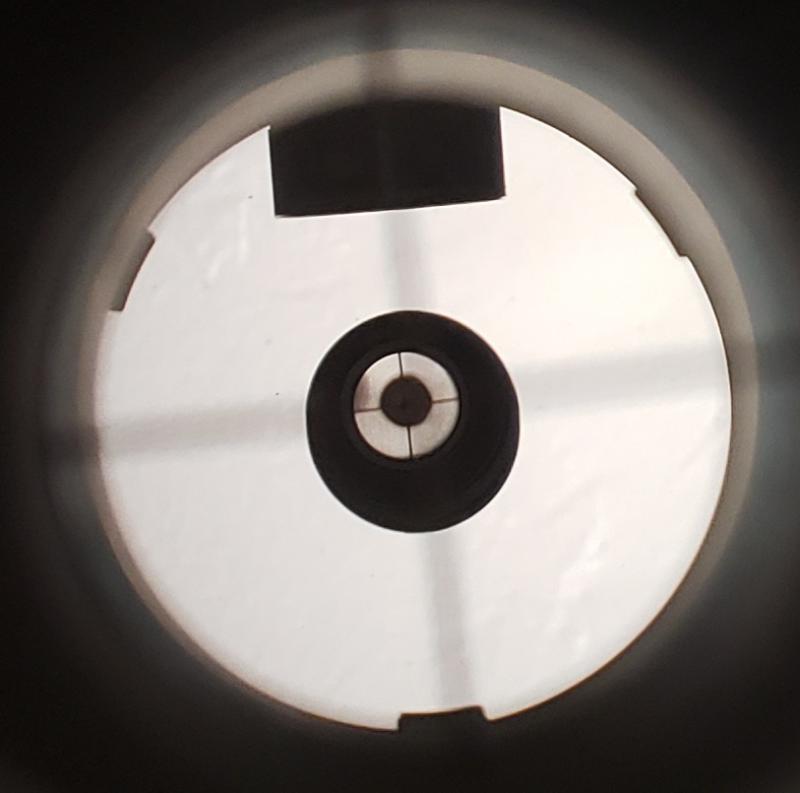 My questions:
-It was suggested to me that the elongated stars were due to tilt.  If this is the case, is this something I can correct with better collimation, or should I put a tilt adjuster in front of my camera?
-I feel like I did a decent job of using the tools I have.  Should I expect to be able to do better?  Do I need different tools?  At f/4.8, I understand that the tolerances on collimation are somewhat tight.  Again, I didn't recollimate after removing the corrector (oops), but the primary clips really did seem even to me before, I know the picture doesn't show that.
-I tried a star test by taking the scope out of focus just enough to see someting other than a point of light, but I don't know if this was too much.  I believe I see a Poisson spot in the bright stars, so maybe not.  Would I be best off collimating this way?  I read a suggestion to adjust the primary tilt on one side of focus and the secondary tilt on the other.  Is this correct?  What about secondary rotation and distance from primary?

TL;DR: My mak-newt is supposed to have pinpoint stars across the field, but doesn't.  What do I need to do to get it there? 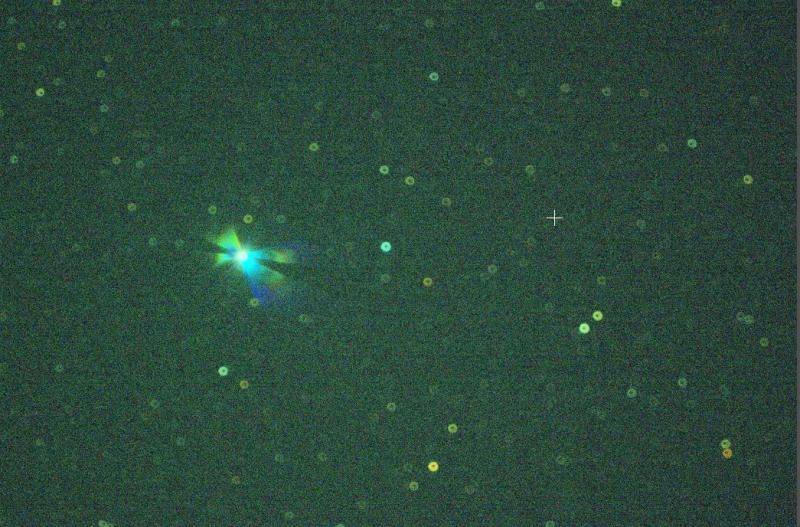 I removed the corrector while it was still inside the cell.  The cell is mounted to the tube the same way the primary cell is, with several screws around the outside.  Doesn't seem like there's much opportunity to tilt it or adjustment possible?  It does look like there's some kind of shimming between the corrector and cell, which I assume was done at the factory.

I know the focuser was replaced by the previous owner, so I'm a bit suspicious this might be part of the problem.  How do I go about squaring the focuser?  I read that with a mak-newt the focuser needs to be square not with the tube, but with the optical axis of the corrector?

Yes. A focuser replacement can be an issue on a mak-newt especially if the CL of the new  focuser is not exactly the same as the CL of the old focuser. This caused huge issues in the skywatcher mak-newts when people replaced focusers (myself included!). If the secondary was then moved axially to center it under the new focuser, it threw off every collimation step from there on.

The previous owner said the focuser was a warranty replacement, but I don't know if the scope was sent to ES, or if ES sent out a new focuser.

I chatted with ES this morning and was told there's no tilt adjustment on the focuser, although the tension set screws have some influence.

Is shimming the focuser or using a tilt plate the only option?  Shimming seems really difficult.  I suppose I'd take off the corrector, remove the focuser, stick some kind of shimming material under it, replace everything, test it out, and repeat many times?

I'm wondering if I should just send it to ES and let them sort it out.

I collimated the secondary with the cheshire and the draw tube all the way in.  I noticed, though, that if I rack the focuser out (and add the ES-provided extension tubes), the primary mirror clips are no longer visible in the secondary.  They actually disappear one at a time.  I'm not sure if they should be visible when the focuser is racked out or not, but I suspect they should move out of view evenly.  Assuming that's the case, what should I be adjusting?