I've got a boutique harmonic drive mount developed by a brilliant Japanese maker, SS-One. The SS-One Traveler uses the Oriental Motor Harmonic Drive PKP262FD15AW-H100, and is controlled via a built-in Raspberry Pi 3b with proprietary hardware & software written by the maker through the Qt C++ IDE. It's designed to be used as a portable all-in-one mount that has polar alignment, autoguiding, GOTO, and DSLR intervalometer built-in. The idea is that one only needs the mount, the OTA, DSLR, and a tablet for control via WiFi. It somehow does support SkySafari using the LX200 Classic connection standards.

Whilst I can use it in its original intended form, it's a little tedious as there are some limitations such it was designed primarily for the Northern Hemisphere in mind. The polar alignment routine caters only for Polaris but not for the South Celestial Pole/Sigma Octanis. Also since the mount drive is proprietary, one can't use Astroberry/StellarMate with it. Further it's designed primarily for DSLR as the primary camera (although it does have a cut-down PHD2 and supports the ASI120MM for autoguiding/dithering).

I was hoping to be able to replace the OS with Astroberry instead to make it more generic and have more 3rd party support however fundamentally I'd need to INDI drivers for it. I have access to the source code, and kinda worked out where in the code that drives the motors, however don't know how to code/convert it to an INDI driver, as such I'm seeking assistance from someone who's on looking into this as some kinda project.

If anyone is keen, can you please PM me and I can share the code; since I don't know if I'm allowed to post it publicly.

No, unfortunately. I don’t know if I could even call it a driver at the moment. You’re familiar with coding? Would you be interested to take a look? I can drop you a PM if you’re interested.

Just to provide a little more detail/clarity, unlike other mounts, the custom RaspberryPi build on the SS-One Traveler actually drives/actuates the motors. I'm actually trying to find the code that does that...presumably it's just some daemon running in the background. This is unlike other normal commercial mount builds where the electronics/firmware in the mount actuates the motors, and the external computer (may it be Astroberry, or PC) interfacing sending commands to the mount firmware using whatever standard protocols.

So actually if I can find the right motor driver binaries and associated stepper/voltage configuration files, I guess theoretically I could copy them over to the Astroberry build, have them start as daemons in one of the runlevels, and thereafter in Ekos select the LX200 driver to control it.

N.B: in doing a little digging, I found that SkySafari could connect to the SS-One via WiFi. On the SS-One RaspberryPi, it was running the ser2net daemon which was listening on the port open to SkySafari. I gather that ser2net is merely proxying/translating net to serial commands to control the SS-One motors.

What scope type does Sky Safari use, when it connects?

If it is the LX200, then can you load Astroberry on  a different Pi (not the one that comes with the mount) and connect using the LX200 interface?

I guess I could, kinda waste of having two Raspberry Pi's - one for the actual mount driver, and the other being the Astroberry control, kinda waste. If I can find a way to integrate both into one, then I'd have a much more potable setup. The thing currently looks like this: https://www.cloudyni...ons/?p=10466948

Most likely along with the in built Pi, there is some kind of motor driver hardware, and being a harmonic drive, the drivers may not be very common. Also a bit risky to experiment at the low level with an unknown (and expensive) drive.

You could try asking in the Indi forums as well.

The motor driver hardware is a daughterboard via the GPIO of the Raspberry Pi. You can send signals to the motor, control it's voltage, etc. Here's the interface. 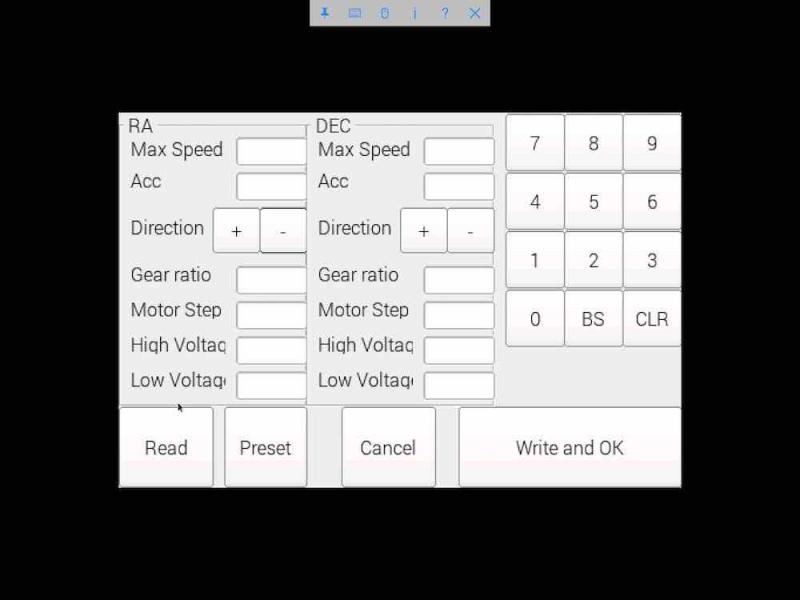 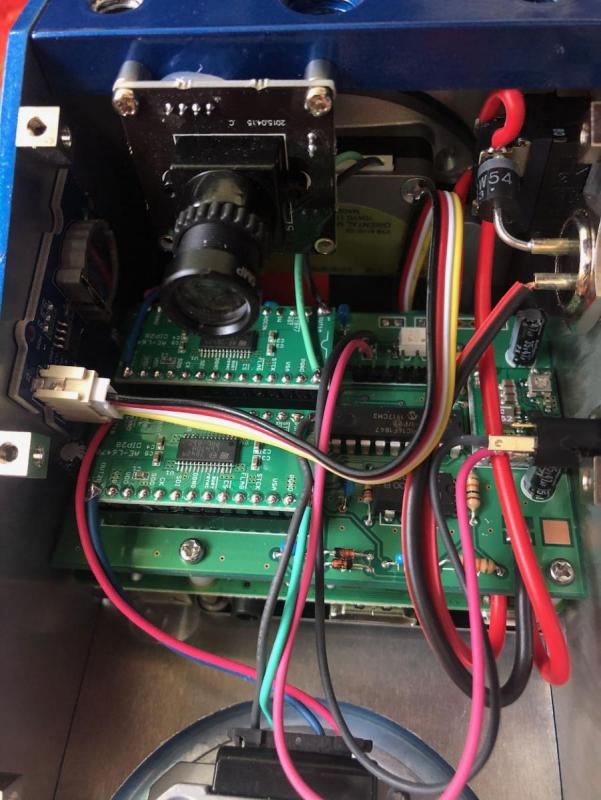 P.S. It uses the Pi camera as a polar alignment scope too

. Pity the Polar Alignment routine is for Polaris/NCP only.

Have you looked into this? https://indilib.org/...evelopment.html

Nope, didn't know about that! Thx for the pointer!!

It's been a while I looked into indi. I did write some workable drivers for az-gti when it was initially launched. You will need the motor controls protocols from the manufacturer to write a driver. Sent you a PM.