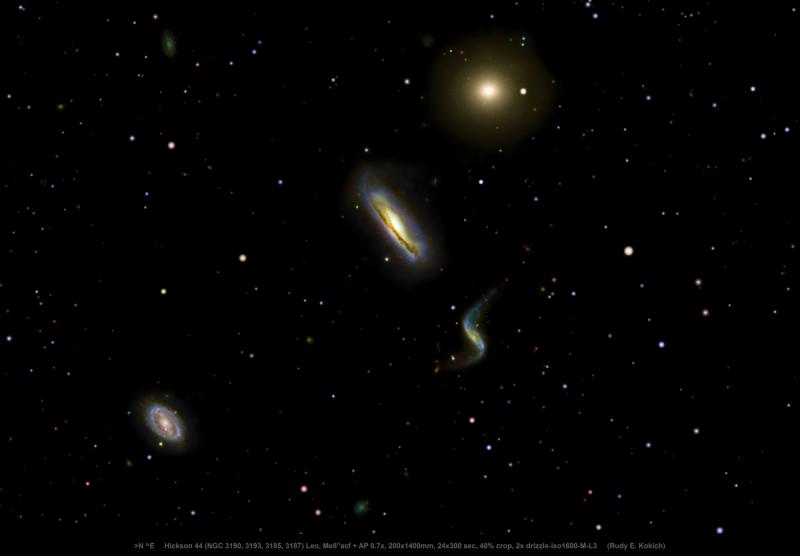 Kinematic studies suggest that such crowded clusters are dynamically dominated by immense halos of dark matter where each member galaxy forms within its own subhalo, or a dark matter overdensity. Since the galaxies are gravitationally tightly bound, they manifest strong tidal interactions in the form of morphological deformation, elevated star formation rates, active galactic nucleus activity, and galaxy mergers. It is expected that the ultimate destiny of such groups is a merger into giant elliptical galaxies.

Unfortunately, most of these groups are too distant, small, and featureless to be of aesthetic interest in modest telescopes. Hickson Compact Group 44 (HCG 44) is a rare exception. It is composed of NGC 3190 (NGC 3189 is the SW region of this galaxy) which is a deformed edge-on spiral, elliptical galaxy NGC 3193, a deformed spiral NGC 3185, and a highly deformed spiral NGC 3187 whose light-blue color indicates abundant starburst activity. Irregular dwarf galaxy LEDA 86788 is probably a distant member of the group, but not presently interacting. Measurable and derived properties of the group members are presented in the chart below.

The last four galaxies in the chart are large and luminous, lying at light travel distances between 1.5 and 2.9 billion light years. Their measured angular sizes and derived actual diameters are probably larger than listed because the full extent of their faint peripheral sectors is not recordable. 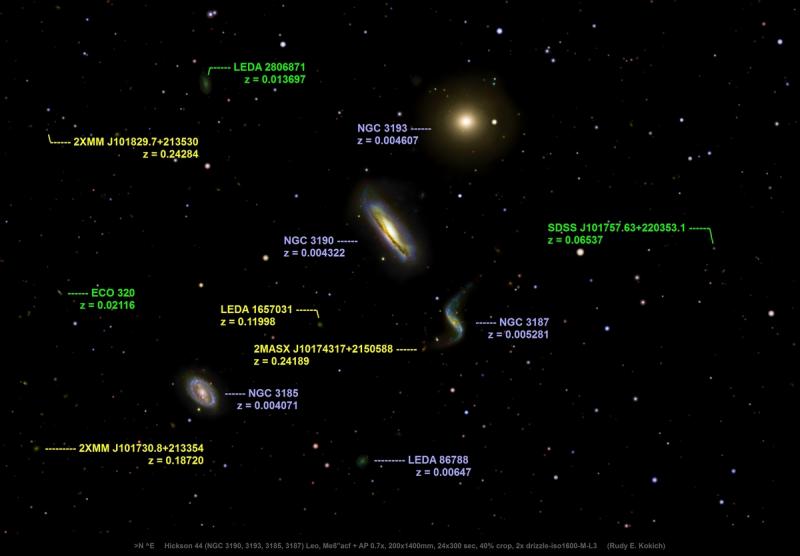