What's causing the 'blur' on the edge of my Mars videos...

This is a still frame from one of my videos from last night. 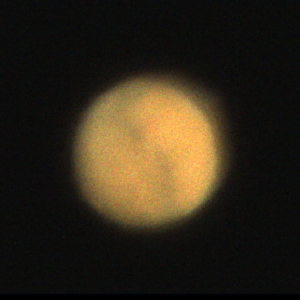 You can see a 'blur' or fuzziness on the right had side of the planet. Almost like its out of focus (its not though).
ALL of my Mars videos have had this in some way or another. Some times its worse than others, but it always seem to be there.

Is it because of poor seeing, low transparency, fogged mirror?, or is it something to do with my optics? (8" RC, 2.5x barlow, ADC, QHY5LII-C).

I sometimes see it with the other planets as well, but its not consistent, and its usually very subtly on the other planets when I do see it. It also wasn't present on Jupiter last night (although that probably doesn't mean much considering they were in opposite parts of the sky)


I'm not overly concerned about it as it doesn't seem to effect the final image too much. 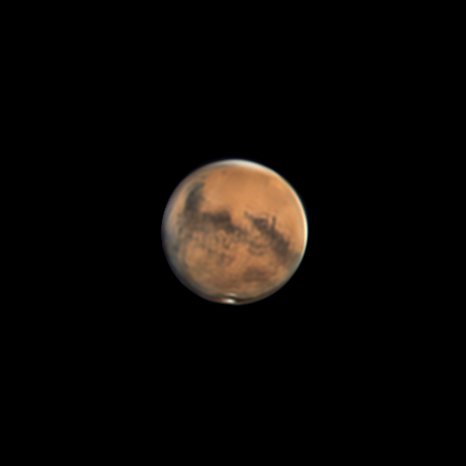 This is the final image from last night. I suspect the 'blur' may have contributed to the edge rind, and what looks like a 'doubling' of the area around the polar cap though.