I am interested in smartphone WiFi control for both, which rules out the Celestron SkyPortal module due to not supporting the NXS GPS. It looks like the SkyFi 3 with Sky Safari could get the job done, but at high cost. And it's time for a new project anyways. ;-)

I bought a $70 WiFi-to-serial adapter off Amazon . Seems like a robust unit, probably a lot more capabilities than I will ever need. (There were less expensive units but this one is covered by my Prime 30-day returns policy, just in case.)

Started with the CPC. Put the WiFi adapter in direct connect mode, with its serial port connected to the Nexstar+ HC via the port on the bottom using the standard Celestron cable. (HC is NS+ with latest firmware, and has the old-style handset-type jack on the bottom.)

Achieved success with my Windows laptop using the adapter's VCOM app (virtual COM port). There were only three settings in VCOM that I had to set:

I was able to get CPWI to connect, align and control the mount. And since I have the ASCOM CPWI driver, I can use other apps such as Stellarium. All good from the laptop!

So here's my question - is there any way to get an Android app to connect and control the mount through this WiFi-to-serial module?

I set the WiFi adapter's SSID to Celestron-123 in order to mimic the naming convention that SkyPortal seems to look for. And I can connect my Galaxy-9 to that net.

But not surprisingly, SkyPortal fails to connect.

Unfortunately, I don't know what Android config settings need to be set for SkyPortal's communications to be channeled through WiFi to the adapter. I don't even know where to find Android WiFi config settings, LOL. (Hunted around a bit but only found some elementary stuff, no help at all.)

If there are other scope control or planetarium apps for Android that can make this connection, I am all ears! (Looks like ASCOM Alpaca might be the solution that I need... someday in the future...)

I am eager to hear any experiences, recommendations or musings you all might have on this matter. Or pointers to trails blazed by previous pioneers.

That's a lot to go through to get a portion of what SkyFi 3/SkySafari gets you.  Used, on CN, the SkyFi adapters are usually $100--$130.  They work with 100's of Mounts, from almost all manufacturers.  I use one and it works with my Orion, Skywatcher, and Nexstar mounts.  I used it on 5 different Nexstar GPS mounts, and on 2 different  CPC's. Even used it on a 90's Meade LX200.

Lots of those scopes are gone.  My SkyFi is still here, ready for whatever scope or mount comes down the pike.

Cry once, and be done with it!

Does the SkyPortal app (SkySafari?) setting page have inputs for device IP and port?  Have you tried entering your device's IP and port there?

SkyPortal might use UDP instead of TCP, in which case you'll need to find instructions in your device's user manual for switching to UDP.

Thanks Bean and Ryan, your responses are appreciated.

Bean- "That's a lot to go through..." is why we have daylight, clouds and full moons, LOL. This stuff is fun. And there's satisfaction in DIY. If I have to, I'll give in and get a SkyFi, but not until I've given this a reasonable shot.

But you got me thinking, I might not be able to set config parameters on the Android, but I am pretty sure that most of the settings on the WiFi-to-Serial adapter are configurable. So if I could find out what IP address and port SkyPortal is expecting (what the Celestron WiFi module uses), then I can possibly set the adapter to those.

Does anyone have a WiFi sniffer and could detect these settings between the Celestron WiFi module and the SkyPortal app on their phone? That might be a good starting point.

Look on google for instructions for how to configure the SkyPortal device in direct connect mode, and note the default IP address and port from those instructions.  Set your serial device to host its own AP with static IP set to SkyPortal's default IP, and set it up to listen to UDP on the same port as shown in the SkyPortal setup instructions, then see if your app connects.  Also try the same with TCP instead of UDP.

If that doesn't work, google for Android wireshark and figure out how to get a TCP dump from your tablet while it's attached to the serial box' AP and presumably trying to establish connection.

Also ask google why that Configure AP button is greyed out.  Try it with your tablet connected to either the serial box' AP or your home network.

Thanks for your help Matt. The Google search worked.

Found a site called Tilbury Hill Observatory with instructions for PC connection to the SkyPortal module.

I am now able to align and control the CPC 1100 mount from the SkyPortal app on my Galaxy S9. Looking forward to a clear night!

(I have not yet tried to control the NXS 11 GPS from either the PC or the Galaxy. That will be next.)

Unfortunately, that website seems inactive, the Contact Us page won't load the Captcha image, and there is no other contact information that I can find. A Google Search for Mike Nutter came up with only one possible candidate, to whom I have reached out so I can properly thank him.

This presents an intriguing possibility for others with Nexstar mounts.  There may be one or two in the ranks

You may still want to work out how to do set it up in AP mode so you can connect everything to your home wifi which generally makes everything easier when you're not in the field.

Something to think about.. that serial box can host a webpage of your design, and that webpage can originate serial commands to the mount.  Make an html/javascript page to fire off your most-used commands or an arbitrary go-to to specific coordinates.  The possibilities are endless!  If you come across any part of your workflow that isn't well-served by the SkyPortal app, make a webpage to handle it.  A major advantage to this is you can access that page from any platform without any dedicated software.. no virtual com port or 3rd party app.. just need a browser.

Another thing to think about.. this all can be done on a $10 esp32 + $5 TTL-RS232 serial converter.. amazon refund guarantees and all.

Hope you had fun with it tonight after the winds died down.

Did not go out last night, even though the winds eventually died down, thank goodness. Maybe tonight.

The funny thing is that my original objective was a simpler, quicker, easier way to start/stop tracking, than going 3 levels deep on the HC (Menu key - Tracking Mode - Off/On - Enter key). This objective is to support double star PA determination by allowing the pair to drift from the center of the FOV to the edge.

I was looking for an app that has a simple on/off button for tracking. From what I have seen so far, CPWI offers this, but the SkyPortal app does not.

Looks like the NXS serial command protocols can be found on the 'net. A quick search turned up a document that says:

Now I just need to find someone with HTML programming chops (not me!).

Thanks again for your help and encouragement.

It looks like I was mistaken about this device hosting user-provided html.  I think instead it just provides a websockets server for you to connect to from a webpage hosted elsewhere, and they provide that basic terminal-like webpage shown on pg 26.  That makes the custom html UI option a bit more complicated, but it's still probably the easiest and most versatile approach to creating your own UI if you want to do that.  None of this is as complicated as it sounds.  Even without having any html/javascript experience, you should be able to simply copy the websockets interface page they provided and follow the general pattern in their code to create additional buttons for starting and stopping tracking, and have those buttons send specific serial commands rather than forwarding the content of the user input text box.  Since the serial box won't host your html page (as far as I can tell from the manual), you would need to host the page from either your PC or Android device via any generic http server app.  Again, not as complicated as it sounds.

I can walk you through it.. if you choose the red pill! 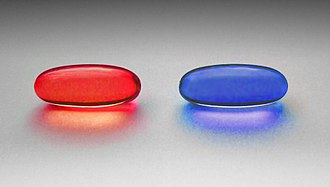 Hey Ryan, I decided to go a completey different route and returned the WiFi adapter.

I was experiencing slight delays in execution of the slew commands, which made centering objects way too maddeningly difficult.

Also, I have since learned that the Slew window in CPWI supports the arrow keys on the keyboard as well as the number keys to set the slew rate. In addition, the CPWI Slew dialog is persistent and remains on top. Using a direct serial cable, I was able to hide the Slew dialog in the bottom of the screen but can easily Alt-Tab to activate it and successfully slew, no delays, easy to center.

I find the CPWI pointing model much more accurate than the native NexStar model. And there is a CPWI ASCOM driver, other planetarium apps can work thorugh it. I have tested Stellarium so far, all good. Stellarium app can control the scope through CPWI.

The new proposed solution that I will test this week is a small BT keyboard connected to the laptop. (Already have one for my tablet, no further purchases needed.)

I can use the BT keyboard at the scope to swtich to the CPWI Slew dialog, center the target, then Alt-Tab back to Stellarium etc.

Again, thanks for all your help. I do not plan to reply any further to this thread, since it was about WiFi and I am no longer going that route.


Also tagged with one or more of these keywords: Celestron, mount