This one was a collaboration. My daughter (7) came out with me Thursday night. Really the first time it was feasible, now that the planet is rising earlier and lining up better with her bed time. She held the hand controller and pressed the buttons to manually compensate for some polar alignment error. I told her it was a video game! She did a terrific job keeping Mars on the screen, and we shared some nice time together. 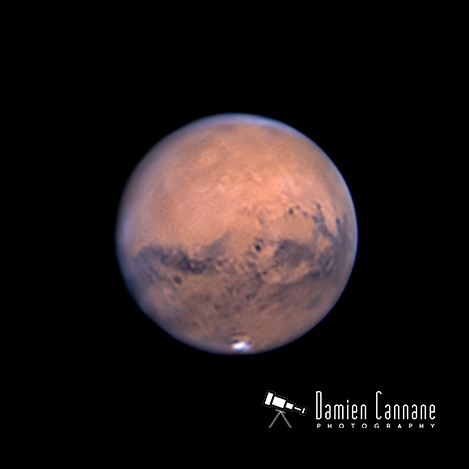 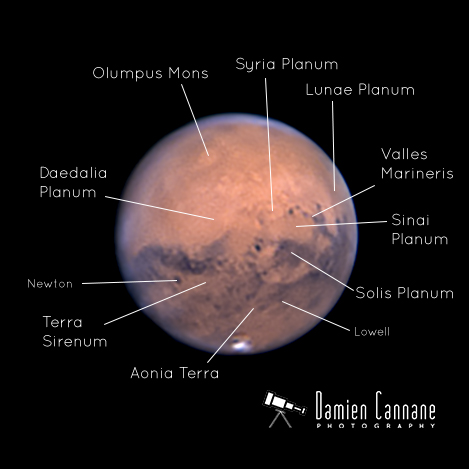 Good teamwork!  Nice image and special thanks for the surface feature identifications.

Wonderful! Tell her to always be curious.

More important: did she enjoy it?

Very nice image, Damien! My 8-year old daughter has also wanted to help me with my Mars images.  It's still rising high a bit late for her, but it should become easier with daylight saving ending this weekend.

What a very nice story Damien. Yes, one can see how it would be like a video game! Superb result.
Cheers Paul

More important: did she enjoy it?

Very much!  She begged and pleaded to keep going, but it was 10:30, so I told her she needed to go to bed....And then the seeing improved again, and she had to be the one to tell me that she was too cold!

Thanks for the kind words, everyone.  She really enjoyed reading them!