Comparison of L-eNhance vs L-eXtreme at F/2

I've been using Optolong's L-eNhance filter for about a year and a half, and I really think it's a terrific filter.  I started out using it with an Orion ED80T CF at f/4.8 about 16 months ago and then I got a new 2" version after I switched to the 8" RASA.  I've been no less impressed at f/2 than I was at f/4.8.  Since Optolong first announced their new L-eXtreme filter, I've been very interested.in doing a comparison of this new filter with the L-eNhance.  Optolong markets this new filter as the "better choice for fast systems".  I found this somewhat suspect, given the discussions on Cloudy Nights as to whether the L-eNhance filter was already a bit off-band for Ha at f/2, but I thought maybe they shifted the center of the narrowband lines somewhat to account for fast systems.  It took me a long time to get my hands on one of these filters, and then when I did get one....it went missing.

One of my kids apparently moved it shortly after it arrived.  I found it recently among their (my) video games.  They always say "that it was in the last place I would have looked for it", and this definitely fills that bill.

A couple nights ago, I finally got my chance to run my comparison.  Of course I needed to select a target that emits in Ha and Oiii, and I chose Pickering's Triangle from the Veil Nebula.  I had hoped that I would be blown away by what I saw with the L-eXtreme filter.  Sadly, this was not the case.  After about 10 90-second exposures (my normal with this rig, and roughly equivalent to the 8-minute exposures I used to take with my old telescope at f/4.8), it was pretty clear that there was almost no Ha signal getting through.  I switched over to the L-eNhance filter for the rest of the evening.  I haven't processed that data into a final image yet, because I wanted to focus on comparing individual subs taken through each filter.  Here is what I found.

All of these images were individual subs taken with a ZWO ASI183MC Pro camera.  The only processing used on them was debayering in PixInsight and then some basic curves stretches.  No flats, darks, or flat darks were applied.  I also used Gradient Xterminator to even out illumination across the frames.  In both cases, I attempted to process them with the same workflow, and final curves adjustments were applied in a way that maximized the visibility of the signal.

The red channel taken through the L-eNhance: 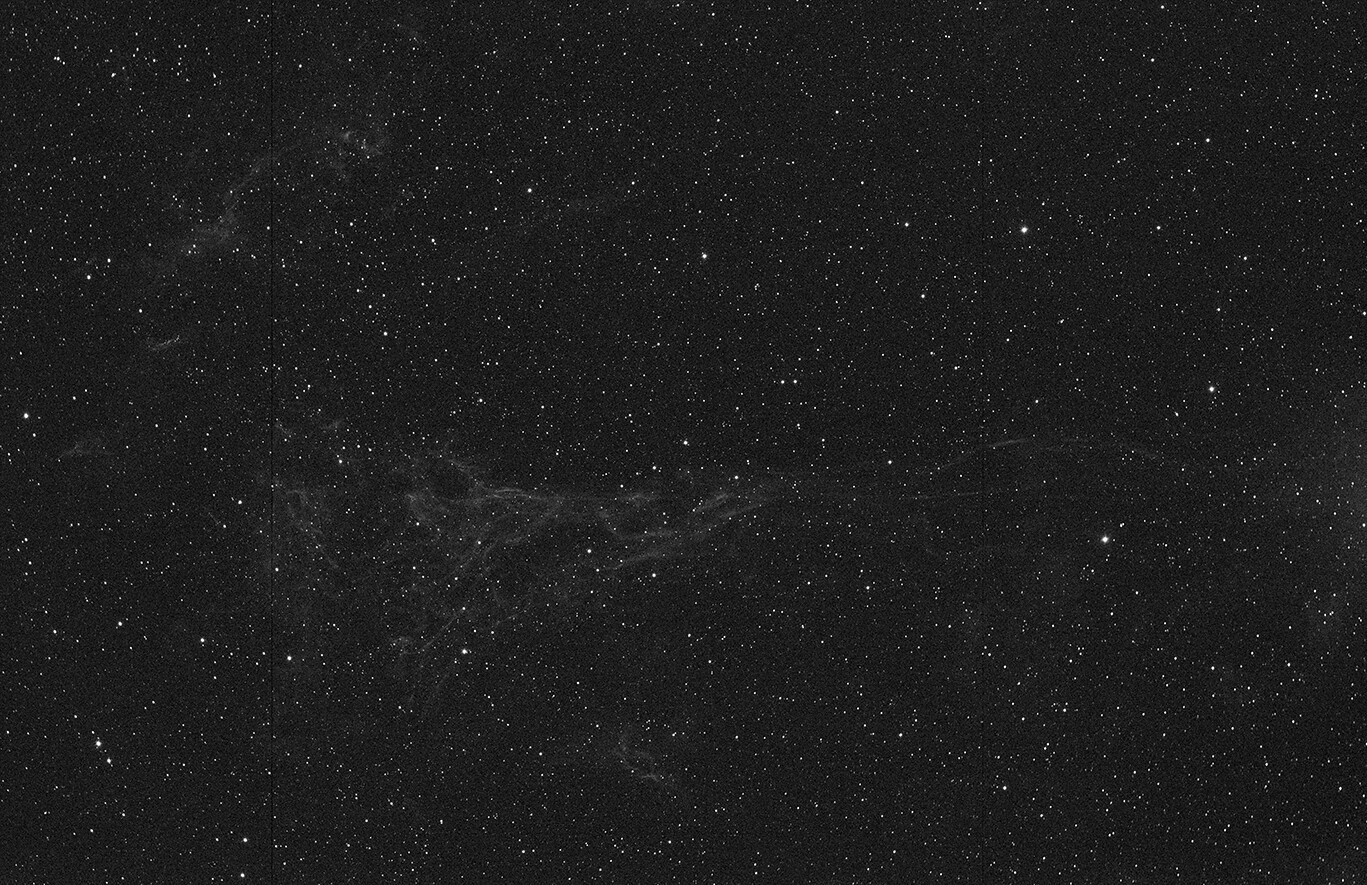 The red channel taken through the L-eXtreme: 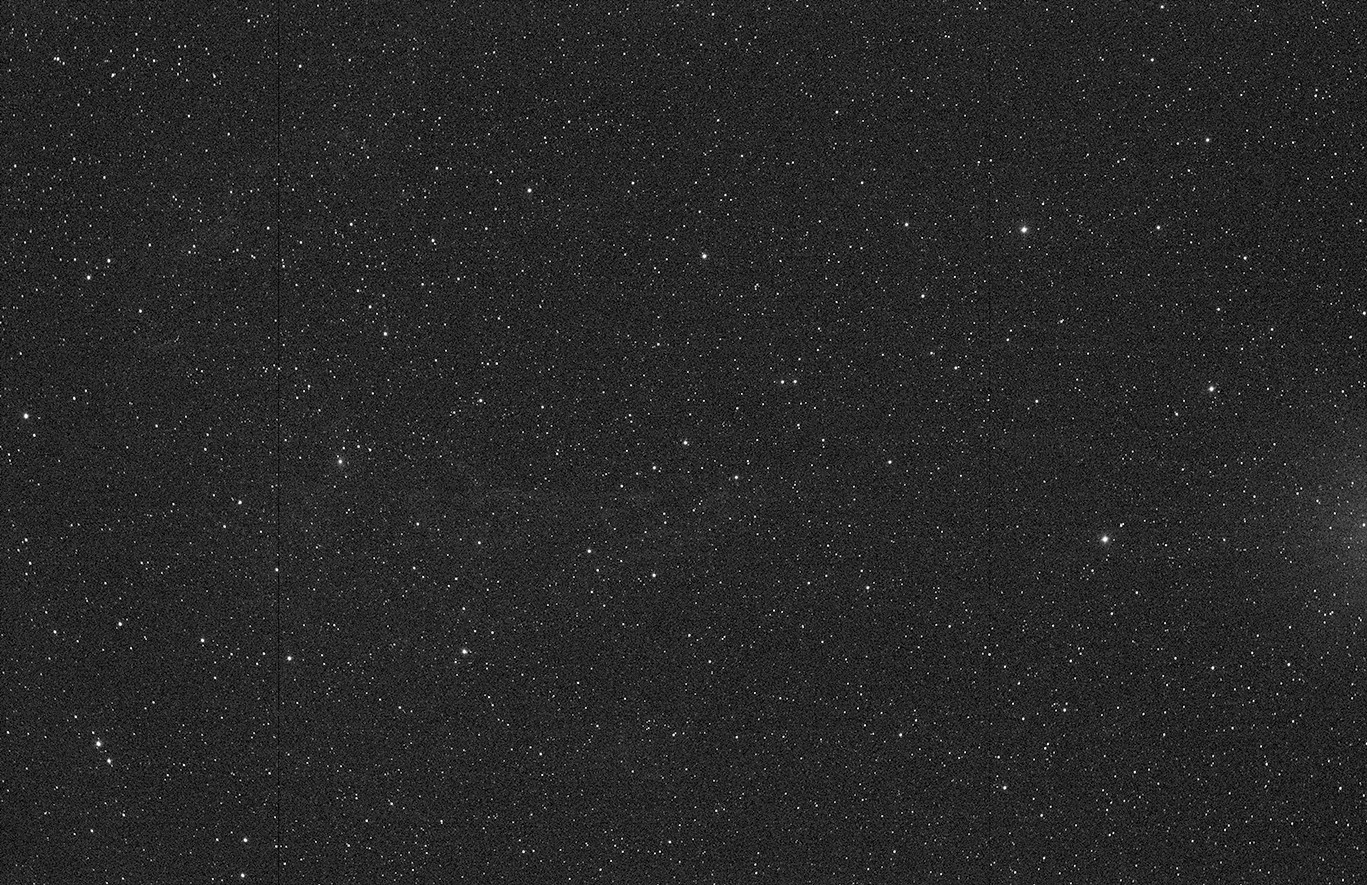 And an animation that flips between them:

As you can see, the H-alpha signal almost entirely vanishes through the L-eXtreme filter.

It should be noted that the L-eNhance also passes H-beta, so you can see some of that hydrogen show up in the green and blue channels.   The L-eXtreme filter does not pass the H-beta signal, so we're seeing purely an Oiii signal.

Here is the green channel through the L-eNhance: 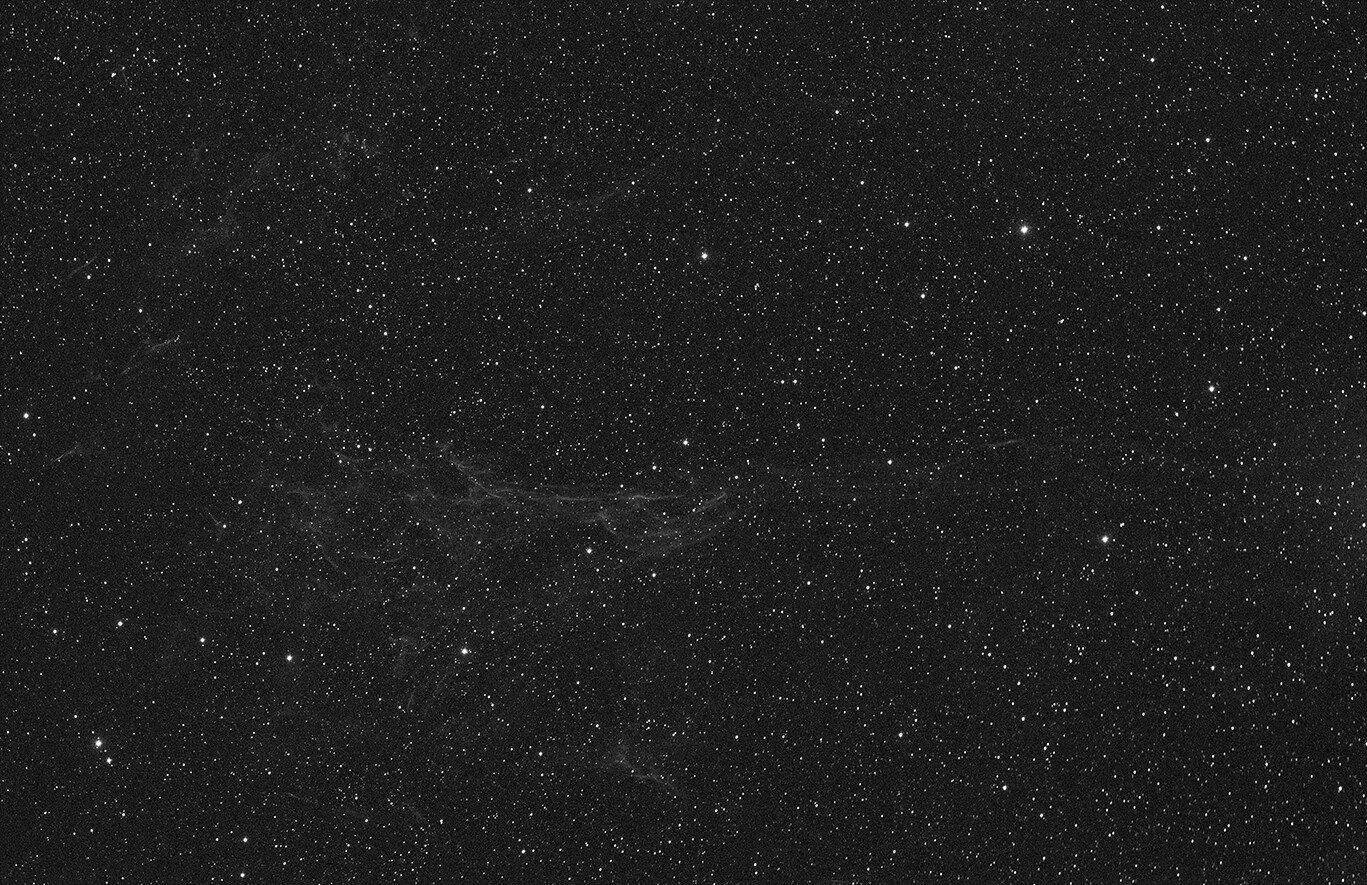 The green channel through the L-eXtreme: 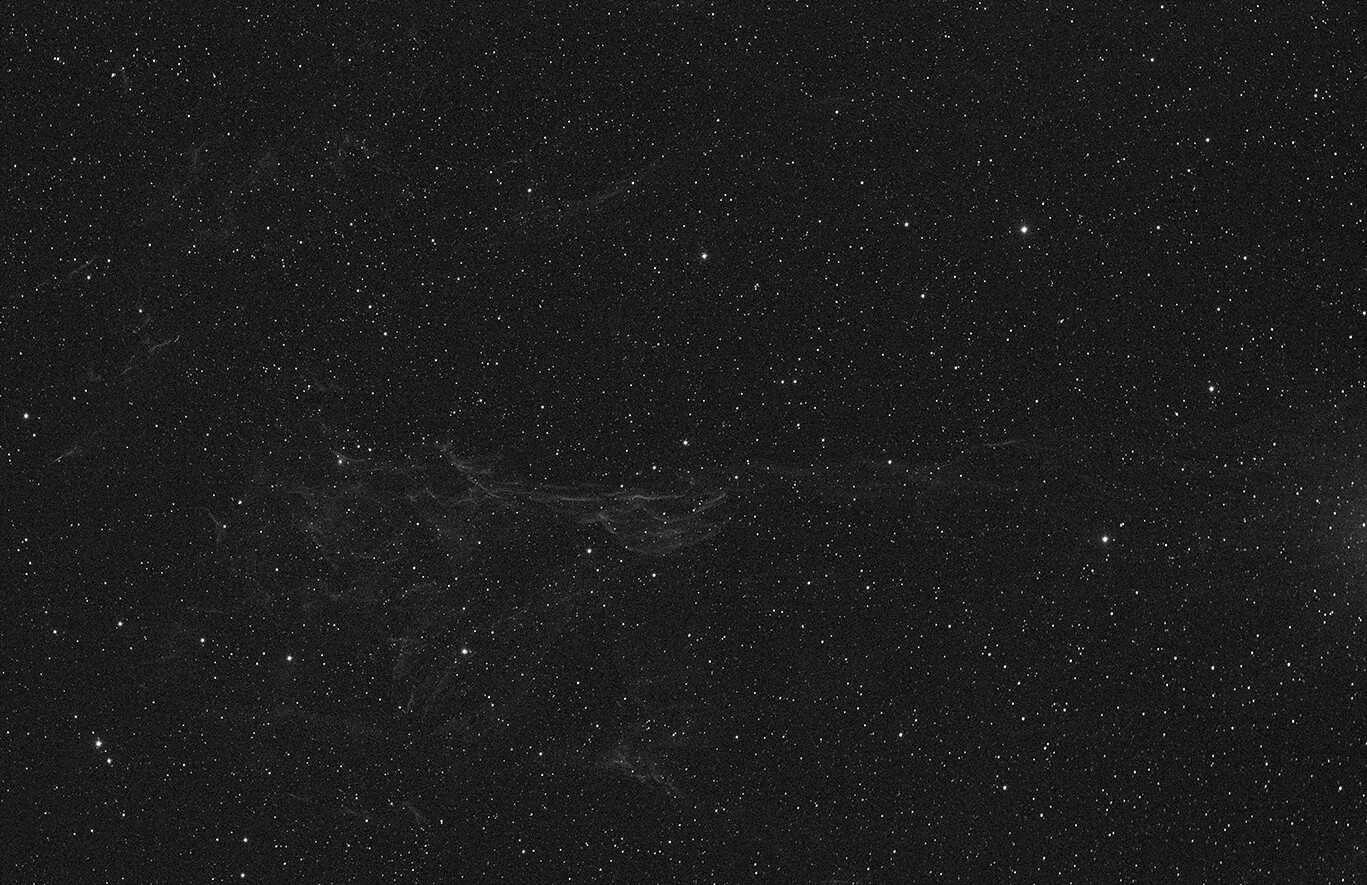 And again an animation that compares the two:

I think that if you focus on the areas of Oiii, I think the images are rather similar.

Here is an HOO presentation of the L-eNhance data:: 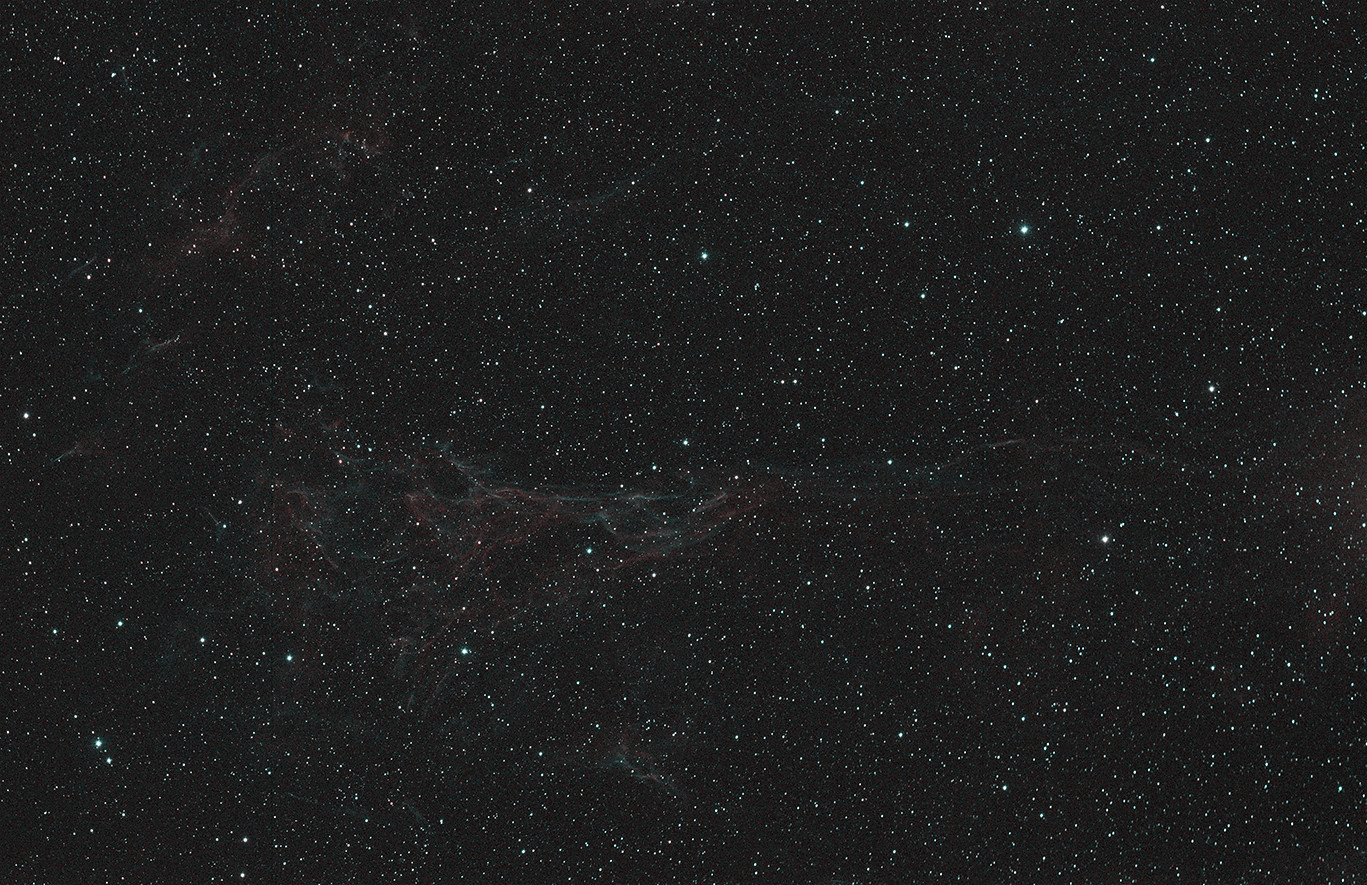 And an HOO of the L-eXtreme data: 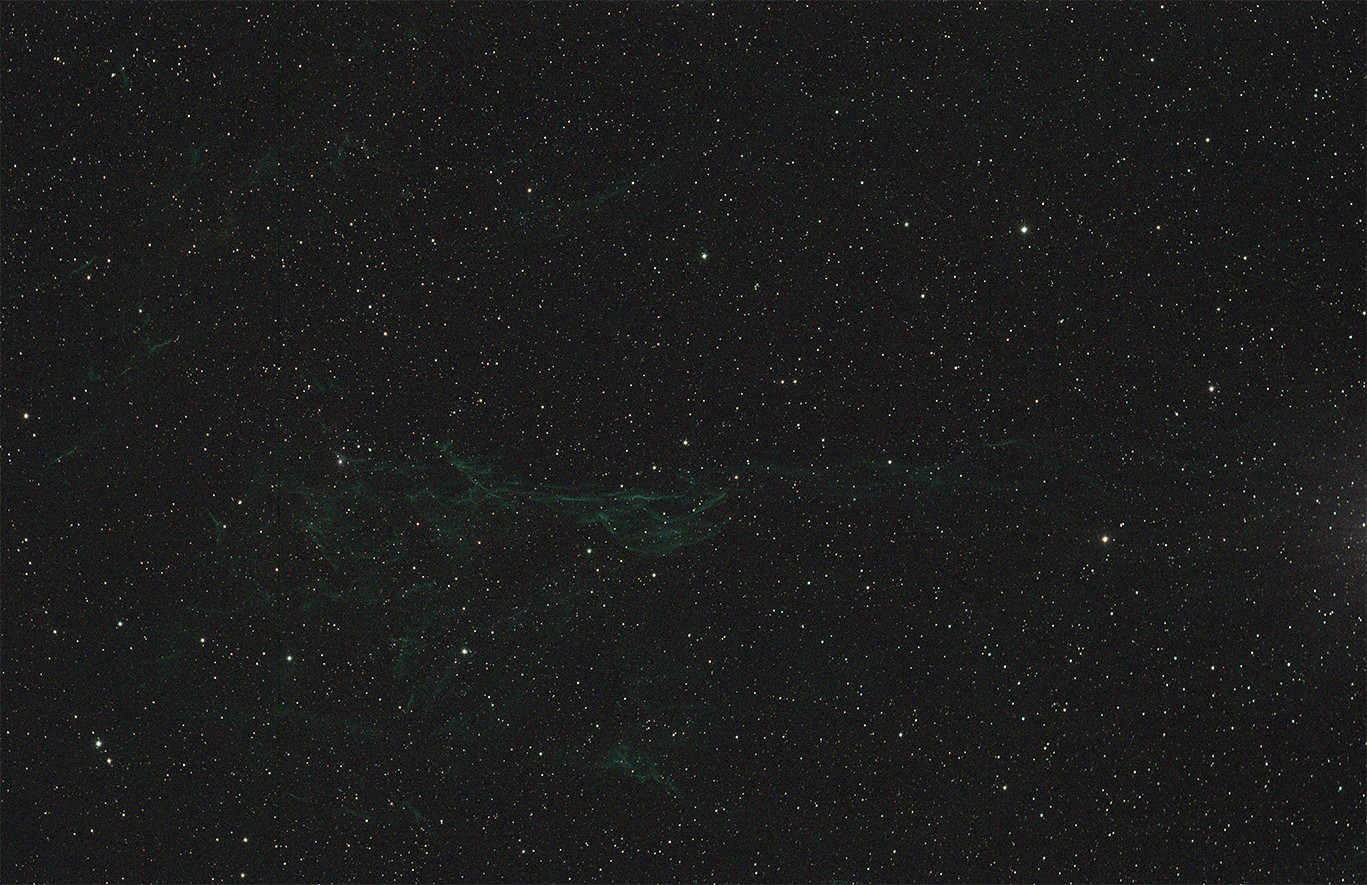 And finally, an animation of the HOO data:

About twenty minutes separated the end of capturing with the L-eXtreme filter and the beginning of capture with the L-eNhance filter.  I chose an example of each run with similar FWHM, and they were taken 55 minutes apart.  Both images were taken after astronomical dusk on a night of average transparency with no moon.  My light pollution conditions are Bortle 6, with my major light dome about 10 miles to the east (Akron, Ohio, USA).  My target was in the west at an altitude of 71 degrees for the L-eXtreme filter (7:28PM) and 61 degrees (8:23PM) for the L-eNhance filter.

I find it very interesting that the Oiii signal stayed about the same between the two images, but that the H-alpha signal seemed to have been mostly shifted out of the passband of the filter at f/2.  When I bought this new filter, it was with the intent to sell one of them after I had completed this comparison.  I have seen some very beautiful images taken with the L-eXtreme filter, but I don't think it's the best choice for me with my RASA.

Thanks for the comparison!

IMHO the RASA is too fast and you get spectrum shift.  I have had some issues with my L-eNhance filter at f/4.  The Ha in the Veil Nebula looked more like OIII.

Actually this is quite aligned result according to Jim's experiment which you can read from the link below.

It's excellent experiment and analysis worth to read.

Thanks for sharing this really well done test Damien! I am receiving my L-xtreme filter today. I guess I won't be using it with the Hyperstar system (f 1.9). I'll stick to the L-eNhance filter. Hopefully the L-xtreme filter will work out using my refractor ( f 5.5).

Thank you for this!