I saw an ad posted yesterday on Ottawa Kijij, offering "many pairs of vintage binoculars"  for sale. The seller had inherited her uncle's collection and had no use for them, and was selling them all. I arranged to meet this afternoon, and there were indeed many pairs, I reckon at least 50 pairs. Most were complete and undamaged, but rather dusty. I spent about half an hour sorting through them. Most were Japanese with JB marks, a few Korean pairs and a couple of French ones. Common models predominated including lots of duplicates. The JB codes were all over the place. I found five or six Tasco 300 series pairs at least, some department store-branded, Japanese-manufactured ones (Sears, Eatons, Simpsons), and a bunch of the ubiquitous (in Canada) "Carl Wetzlar". There was a pair of Asahi Pentax 7x50s with the gold-coloured coatings, and a pair of Bausch and Lomb (or were they Bushnell - I can't remember now) made in Rochester NY, but they were not what I wanted. I ended up buying three pairs that stood out for me, for a total of $150.00. That was a bit more than I intended, but the seller had wanted to sell in lots of at least five, so that was the compromise.  Here's  what I came home with. All are fully functional and aligned: 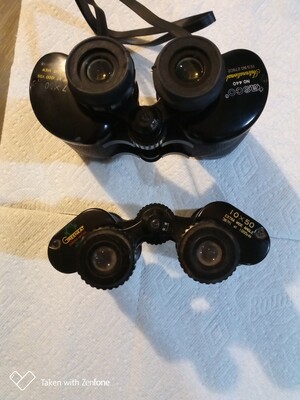 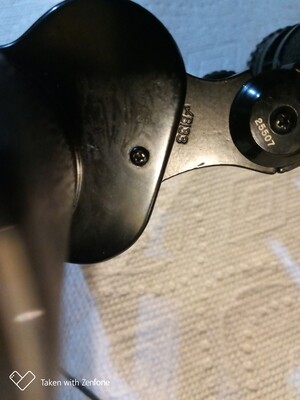 Second, a brand I didn't recognize: "Infact" 8x40, wide angle, JB-56. They have huge eyepieces, a built-in tripod mount, and appear to be very solidly made. The prisms are sitting in cradles, with broad straps and beefy screws to hold them down. The maple leaf on the logo makes me think that they were made for a Canadian retailer.

Finally, the standout. As soon as I saw this pair, I told the seller I would take them. They are a pair of Hans Hensholdt K6 8x56 binoculars from Wetzlar, Germany. They are very sleek, easy to hold and sharp, just a bit stiff. 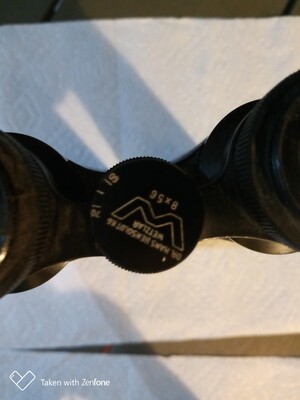 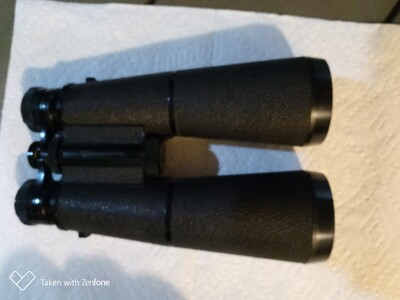 I also gave the seller some advice. I told her that most of the binoculars were Japanese made and of at least average quality, but there were likely some above average models among them, such as the Pentax 7x50s. I suggested she might want to have someone more knowledgeable than me go through them, Her house is only 5 minutes from Focus Scientific here in Ottawa, and I suggested she give Glenn (LeDrew, well known on this forum) there a shout.

I just ran the following BIAS's for my ASI2600MC Pro at zero seconds.

Those 8x56's are really nice