.Can anyone help me identify this Meade product? Its a focal reducer that attaches directly to the diagonal. Mainly I'm trying to figure out the percentage of reduction. Cant seem to find any Meade focal reducers that look like it though. 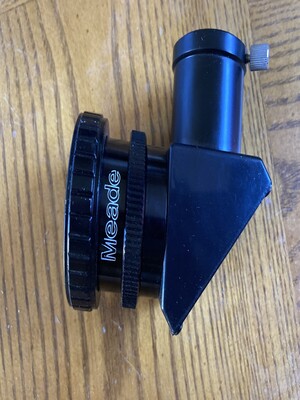 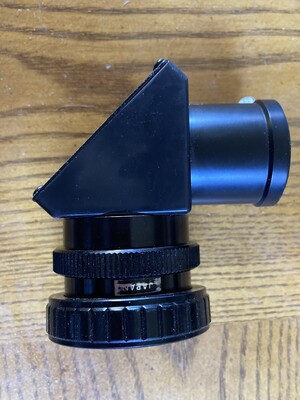 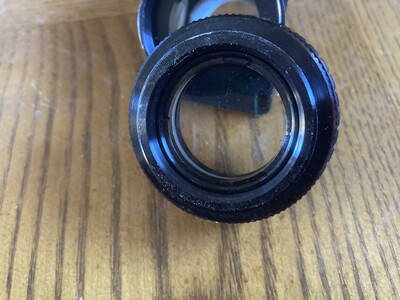 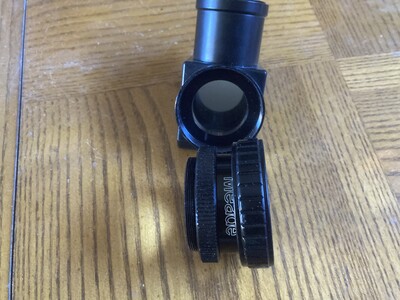 Celestron had a similar model dubbed the Rich Field Adapter.

The reducer/compressor was a basic ~30mm achromat which yielded an effective ~ f/5 when attached to either 8-inch SCT (so, ~.5x, of course).  No field flattening or other correction(s), and both were designed for 1.25-inch outputs.

The moving-primary focal systems allowed for visual use with both the WFA and RFA, but the results were not (ahem - pardon the play on words) "stellar."  Two-inch adapters and diagonals available at the time yielded much better results at the eyepiece (albeit, at the native f/10).  The market lifespan of both systems was effectively squelched by the .63x reducer/correctors later introduced by both companies.

You can easily gauge the reduction exactly for a specific eyepiece in your scope:

1.Time the passage of a star near the celestial equator (where stars move faster) across the field with the standard diagonal, no reducer.

2.Time the passage of a star in the same eyepiece with the reducing system.


Also tagged with one or more of these keywords: accessories, eyepieces, equipment, Meade