I have been doing so much research for astrophotography I tend to get lost in all the information and I can’t make a decision on what set-up I want. I was gifted a celestron 6se and I what to set it up for success. This is a loaded expectation because what I have realized is that there is no one size fits all application. This in my opinion and can lead to one heck of an expensive hobby. I joined this group and posted on this forum hopefully for some insight...go easy, I’m still learning a lot. ;-).

I have a celestron 6se, mount that came with it, a standard eye piece and filter set, 2x Barlow lens, and that’s about it. My goal is to set up something that I will not grow out of so quickly and enjoy what I can get out it. From my research I have settled on getting a zwo asi294mc, a CGEM II mount, asiair pro and I am stuck at this point. I want to auto guide but get lost in all the information out there. I have steered away from wanting the Starsense auto align so on top of the million of questions I have, what would be a decent guiding set up that will last for what I have? Guiding camera, scope and set-up? My goal is to imagine DSO and some planetary, more interested in the deep space stuff. Excuse my ignorance but I appreciate any feedback.

PS- post processing is going to be a whole other thing I will eventually ask about as well.

Some opinions, which may conflict with the direction you currently see yourself going into:

1) Since your budget allows for an ASI294MC and a CGEM II, you should consider also *not* using the C6 for imaging DSO. No single scope can do a decent job for both planetary and DSO imaging.

2) Guiding is basically a simple thing *if you are not guiding an SCT or long F/L (~anything close to or over 1000mm F/L is "long") scope. Get an Orion 50mm guide scope and an ASI120MM-mini guide camera (~$230 total if you missed the sale). The guiding program (PhD2) is free. If you *are* guiding an SCT or long F/L scope, then you are much better off with an OAG (off-axis-guider) and an ASI290MM-mini camera (more sensitive than the ASI120MM-mini).

3) I don't recommend the CGEM II as a mount. If you are comfortable with this weight, you are better off with the EQ6R-Pro, which nominally has the same weight limit but is of much more consistent quality. You can also opt for the HEQ5/Sirius which is lighter with a bit less in the way of capacity (but good enough for the C6 or a refractor up to 100mm aperture).

5) For planetary imaging, you need long F/L, a barlow or powermate, and a UV/IR-cut filter. You are better off with a cheap dedicated planetary camera such as the ASI224MC or ASI290MC or ASI385MC (in increasing cost) which has a high frame rate.

6) For DSO imaging you *can* use the SCT you have (by adding an OAG and mounting it on a GEM) but ideally want a refractor between 70mm and 100mm in aperture (with 80mm being the "sweet spot"). Unlike visual, the 100mm scopes have few advantages over the 80mm scopes for photography. Much depends on your budget. As far as scopes go:

a) Triplets are better than ED doublets. Achromats are *not* in the running.

c) Faster scopes (F/6 and under) are better than slow scopes (F/7 and above).

I wouldn't put the money into the 6SE. The scope and the mount is just not really applicable to astrophotography and in a way you would be better using the 6SE for viaual and maybe planetary and starting the AP route with more suitable equipment.

AP can be said to amount to: Decent Equitorial goto mount, small fast good quality scope, likely some form of corrector and a camera.

The 6SE is on an Alt/Az mount and is a slow scope. It is in a way a fair visual scope, but not really an AP scope. Unfortuynately it seems the idea that AP is a mount, a scope and a camera means that any mount and scope and camera will do. It won't.

Paying out for guiding on the 6SE is I suggest pointless. The 6SE will do OK for planets as you collect a short video, 90 sec to say 300 sec depending on the planet, and then stack the best 10% (as an example) of the video frames, then process a little. We do not have many planets.

My little used setup is: Eq5, WO ZS61, flattener, DSLR. Do have a couple of alternative scopes Skywatcher 72ED and another WO. Images are short - 40 to 45 seconds. In a way overly simple but it does what I want, keeps me in practice.

+1 on the above comments regarding imaging. However, if you are interested in EAA with DSOs, the mount requirements are less demanding than for astrophotography. A number of people use the C6 with a focal reducer for EAA, but a better mount than the 6SE mount would be a good idea, even for EAA.

Great advise! I was originally looking at the EQ6-pro mount so I'll probably end up going with that one. Also, from what you guys are saying it's also time to look into a different scope. I will do some more research and I'm sure I'll be back here for more questions but thanks for all the clarification.

In December of 2014 I finally turned my photography interest to the Great Orion Nebula and with a spotting scope found the Nebula M-42.

I stared in wonder at it, and was captivated.

I languished for all of December about IF I wanted to venture into imaging space objects. There were so many pictures already available on the Internet...

Yeah. But none of them were mine. So I began.

I was, and remain, intrigued by these strange DSO's. All I had was my Nikon DSLR and a range of lenses from 10 to 600 mm. I came to the conclusion I would need another lens.

I spent the next 4+ months studying telescopes and mounts. I started at Celestron's AVX with their largest refractor. Wrong telescope...

The more I learned, the smaller the telescopes got. But the more refined the lenses became. And conversely, exponentially expensive. Going from my 80 mm ED80T CF, to a 100 mm triplet, was a $1700 difference. Or $1,000 to $2700, for 20 mm in aperture. And at the time, I was having trouble finding telescopes specifically for my intended use, a camera lens quality.

There were plenty for visual, just not a lot for Astrophotography.

Now, just about 5 years later (Well, pre-covid 19) the market is awash with Apochromatic telescopes to decide from. Now, it seems, finding the telescopes is hard to do. And it's easy to get cleaned out on one large telescope. Oddly enough, my choice has held tight to what it cost me in May 2015 at ~$1,000, for the telescope alone.

I spent a month fooling around with an OAG (off-axis guider) before I gave up on the two different ones I tried. Then I went to a Guide scope and camera. It was an instant success. And has been my guiding set-up to this night. But I understand the importance of rock solid guiding to get good images.

The Boulders and Landslides

My learning curve was fraught with problems. My first mount, an AVX was one of the ones that proved problematic. Very problematic. And my fist choice in Astro Camera was also a terrible mess. Not the norm, and especially difficult when starting out.

In 2017 one of my friends approached me with loaning me one of his cameras. I resisted, he persisted. And he talked me into trying it. As it turned out, all my struggles, all my fights with bad equipment, and all the tricks I learned working around the bad equipment, came to fruition that first night. The skies opened up to my inquisitive eyes. Finally.....

I was still nursing along my mount, but I had honed my skills with it, learned it's bad points and how to work around them.

November 2019, my AVX died for its 3rd and last time. That thrust me into finding a new mount, or deciding to give it up entirely. I didn't want to give up my sky quest. I didn't want to sell off what I had worked so hard to try and learn and accomplish. So, for a lot of reasons, and many learned struggling in the dark for a few good picturds out of many thousand's of awful ones. I bit the bullet and got a truly-rest-of-my-life-mount February 2020. Just before the poop went through the fan with Covid, and everybody bought up everything available. (2020 and the great TP shortage!)

An EQ6R Pro would be a great starting mount. If you are after DSO, and imaging, there are many great telescopes available to choose from (Most have long lines currently). But there are a lot of good choices to pick from. And a wide variety of cameras. Good cameras, too. CMOS cameras have come of age, and IMNSHO have pushed CCD's aside to many extents. Color camera's (OSC) have also come of age.

You don't have to follow the old ways and means of Monaural cameras and color filters. And of late, newly developed filters are helping to get great shots with the color matrix cameras.

While it is true color cameras have fixed filtering matrixes, and do limit what you can fiddle into your pictures, there are many good points to them. And they can make your entry into DSO imaging a lot easier.

The initial costs can be rather daunting, but picking your path and staying with it brings rewards. Not for the faint of heart, nor those easily frustrated, just accept going in that there will be nights when you have to stop, pack it up, and vow to come back the next night because this one just sucks.

I think Forrest Tanaka sez it best. During my journey, I would take breaks watching his videos. And while he focuses more on reflectors and DSLR's, there is a lot to learn there.

Just keep your mind as open as the universe, and know that beyond the cloudy nights there will be the clear ones where everything comes together.

That's where the magic happens... 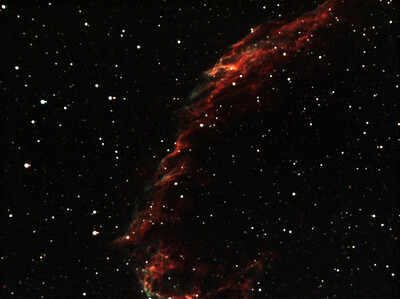 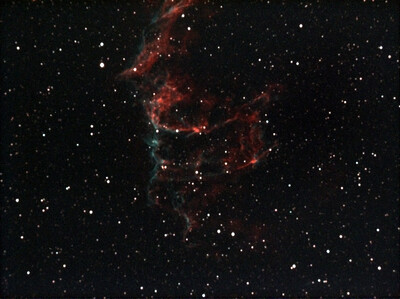 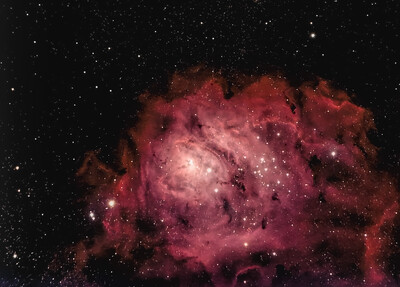 If you click these images, they open up to the gallery with explanations.
If Yan Can Cook, well so can you!