I'm totally new to this but have been intrigued by the idea of using multiple frames with DSS.  After reading a lot of threads and suggestions I finally did a test run to see if I could get anything to work at all.  I would call it mostly successful and I learned some more in the process.  I decided on M42 since it was easy to frame in live view and I ended up taking 42 light frames (not intentionally).

I used 15s frames which I think now is too long for the 8SE since about 75% of them were rejects due to doubling or football shaped stars.  DSS deemed that 11 frames were usable so I let it build what it wanted, also with 15 black/flat/offset.  I'm also super basic at editing through Gimp and have been trying to learn different techniques on Youtube.

Attached is what I came up with.  For 11 frames I thought not great, not terrible.

I'm hoping to try again today with 8s or 10s frames and hopefully a lot more usable ones. 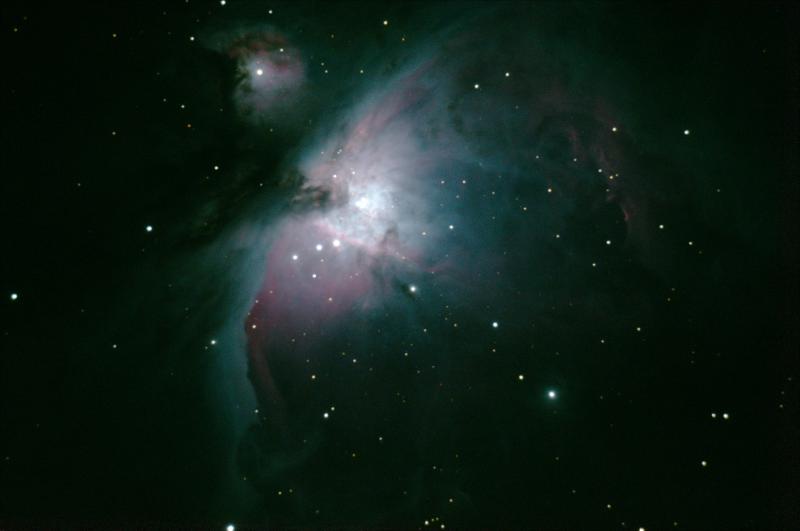 Thanks for the feedback.  Looking pretty nice out tonight so everything is set up and tracking.  Hopefully I will have an improved version to share tomorrow.

The final report from yesterday's efforts is that 10s frames resulted in more usable files, and that the my focus and/or atmosphere was not as good yesterday as before.  I ended up with basically the same image as previously with a bit less focus and a some more detail further out to the right and bottom.

I also took a set with the D800 that I wanted to compare, and as luck would have it the wind started coming up during that sequence.  The 8SE mount wobbles if so much as a speck of dust hits it so the wind completely wrecked most of the frames.  The stars looked like snowball explosions for the most part.  Will have to regroup and try again another day. 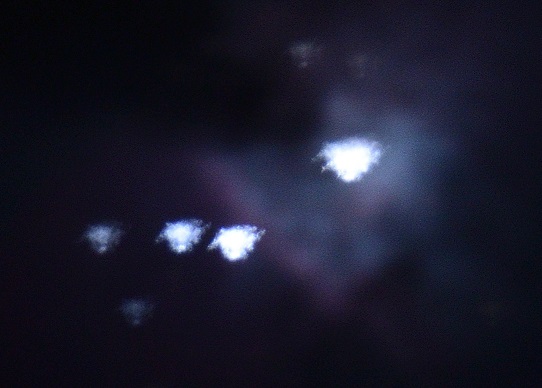 I am a newbie too using a C8 and Nikon D5100. I too used DSS as it streamlines the stacking process and does a very good job. But I struggled with "stretching" the image, essentially taking a narrow RGB distribution and making it cover a wider range. I found Astro Pixel Processor  to have significant advantages by combining the stacking process and stretching while maintaining the overall simplicity. You also might benefit from Backyard Nikon to better control your camera, aid with focusing and many other steps in the process. While these are paid apps, the cost is modest given the tremendous benefit.

Thanks for the suggestions.  I'm definitely considering better processing options, and right now I'm just experimenting to see what is possible and decide how far I want to go with it.  I kind of like just going out with the scope and binoculars to see what I can find.  Taking hundreds of frames seems more like work, but it also shows you what is behind that fuzzy gray image in the eyepiece.

I did a quick edit on the stacked frames from yesterday.  This is 490 seconds total versus the original 165 seconds.

I got a little bit better at editing today and figured out that "Night light" was probably turned on for my laptop last night so I didn't notice how green that image was.  This is much closer to what I was hoping for.  There was a lot more detail in that shot that I first thought.


Also tagged with one or more of these keywords: dslr, Celestron, SCT