I recently got a Nelson Devices Slo-Mo Genie to help with pointing the Meade LX50 10" SCT I have.  The Genie is a little joystick affair which plugs into the guide/CCD port on the mount.  I don't have a paddle for the mount, so this is a workaround of sorts to getting more comfortable control at high power.  Since the Genie works only with the CCD port, the motions of the scope are (supposed to be) the slowest available - I'd love to find a way to speed those up!  (but not in the way described below)

The Genie produces some odd results, which I'm going to guess point at a fault in the mount electronics - but before I open the mount up, I'd like to hear if others have had similar experience.  In DEC, the Genie can make the drive go only one way.  Debugging with a meter, I find that the voltage coming out of the mount and going to the DEC motor comes on only in the one direction (I get 3V for DEC motor operation in the one direction).  The voltage is supposed to reverse for the other direction (I am told), but I get nothing.

Would anyone have guidance for me?  What should I look for when I open this thing up?  I have a multimeter and a transistor/cap/mosfet tester.

Many thanks for any tips!

The LX50 ST-4 port looks pretty standard except that the pin assignments are reversed from what you usually see. This is the standard pin numbering for a RJ-12 6P/6C modular jack. 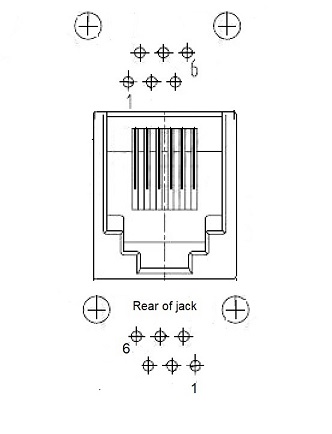 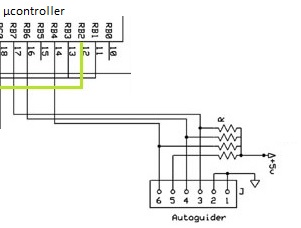 I won't into the origins of the ST-4 here, but if you want the back story read on: https://www.cloudyni...re-classic-too/

Short story, your j-stick was looking for:

Pretty sure pin 2 is -RA guessing on the others. RA- or east is usually accomplished not by reversing tracking, but by stopping it and letting the earth's revolution do the correcting. Thus E and W are Stop and Speed Up RA. So E needs no connection to the µcontroller.

How to deal with this? Get a female to female RJ12 connector and make up a short cable for the output to the LX50. 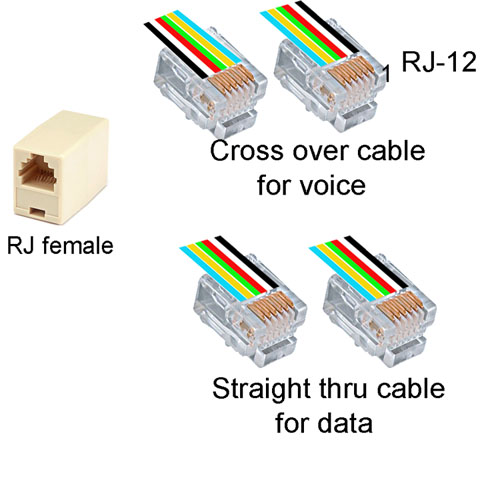 The output cable should be a cross over type.

thank you very much for these diagrams (also for the ones you sent to my other thread about LX50 power supply voltage).

I took the Slo-Mo Genie apart, and observe that for the joystick pushed in each of the cardinal directions, it connects (closes a circuit) from pin 2 (ground) to either pin 3, 4, 5, or 6.  Which I believe it is supposed to do.  It does this with momentary micro-switches, and my metering of the device showed correct function.  Unless the fault is in the cable from the Slo-Mo Genie to the socket on the LX50 mount (which seems unlikely), then the fault must be inside the mount.  Some little component in there is acting up or fried.

I must study the main board diagram you sent, and I guess I can go in there and test whatever components are accessible, except for the ICs.


Also tagged with one or more of these keywords: mount, Meade