I have a stupid question: Does the hand box run a RTC? Do I have to input time and date each every turn on? Does the time critical for the goto function?

I got the answer from Andrew, he is the best!

Thanks everyone on CN!

For anyone else: No, they never have had in my experience.

Maybe one of the big SCT's had/have but not aware of one.

Think the idea was that it meant you didn't have a reason to start pulling bits off and poking around inside.

Also one bit less to go wrong - moisture and corrosion of the battery and terminals.

Possibly someone thought that people would be quite capable of entering the time themselves.

Sometimes you get the idea they got the last one wrong.

Does say, I think, in the manual somewhere that the handset will default to 20:00 and that you have to enter your exact time manually.

Guess it could have been the choice between people complaining of having to enter the time, and the scope battery failing when out observing and so losing a complete night. And then having to go buy a battery.

Including a circuit that is accurate to 1 second year in year out would be expensive ?

The Meade GPS mounts get the time and date from the GPS.

Not really. We use these $1.20 RTCs on most of the OnStep controller designs. 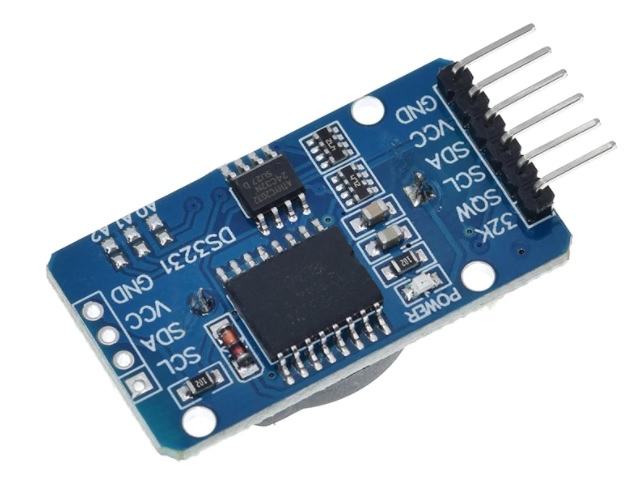 Not really. We use these $1.20 RTCs on most of the OnStep controller designs.

So you rely on that and don't have to correct it ?

12 seconds out per month.

So you end up entering time manually again.

That's why most mounts don't have an onboard clock, instead many added GPS for time and location purposes.