Mike, the overall processing of your image looks very nice, and realistic.  I like it......the only issue is when clicking "expand" and viewing at 100% scale or beyond, the artifacts are still there.  Of course, you could argue that one shouldn't scrutinize the image at this scale, except that we frequently do this with our images and those types of artifacts are not present, even in poor seeing.  The underlying data looks tantalizingly good, and I'm unsure of the origin of the banding artifacts.  Are those present even in the raw stack, with no deconvolution applied?  And you aren't by chance checking the box in Astraimage for "halo removal" or anything like that are you?  That option destroys the deconvolution and makes for nasty artifacts.  It would perhaps be informative if you could post a small section at 100% scale (or even a Google drive link or something) to the raw output file from AS!3, in order for us to better understand at what point these artifacts are developing.

Tom; I am using that option. I will post some sample crops of raw stack and various decons tomorrow.

Tom, here is a full size crop of one of the raw stacks. This was 200 pixel APs, 200 of 2000 frames stacked. Not processed other than converting to jpeg to upload here. jpeg quality = 100.

The posterization was still there even if I deconvolved with "Suppress Halos" unchecked. It's in the raw stack that's coming out of Autostakkert, which means it's in the camera data somehow. So I exported an individual frame and checked the histogram in Astra Image. Sure enough. It looks like a defect in the camera where certain intensities at a regular interval are being bumped up slightly, creating holes with no frequency and spikes with approximately twice the frequency. This is what a $90 camera will get you.

It does raise the question of whether it is worth using the 8 Mpxl camera vs the 2 Mpxl camera with a similar sensor size.

The updated image is nicer Mike.  I agree with Tom's encouragement to you and I have the same sentiments.  The size is better as well.

You may need to seek an alternate camera as your very last posting alluded to.  You don't want to try high resolution imaging hamstrung by your equipment.  You don't need to spend a ton of money, but that camera may not be the best solution for you.

Keep on imaging and practicing your capture and processing techniques.  Not everyone post their failures either.  I did an experiment this last Friday under very poor seeing conditions and had sent Tom a PM lamenting my results.  I specifically wanted to see if a longer exposure time might help with reducing the stack needed for getting a 'good' result.  This was based upon Tom's and a couple of other imagers success at stacking really low numbers of frames (in the low hundreds) to get pretty good results in poorer seeing.  The problem was the seeing was horrifically bad and I had no chance at producing a reasonable image to test the benefits of a longer exposure and smaller stack.  I got the worst image of the Moon I have taken in the last 3 years - back when I was first starting.  To add insult to injury, I thought I had my PowerTank adequately charged to image the whole Moon in 3 panels.  Because collimation and focusing were so hard to achieve, it took longer than normal to do my imaging session.  I got about halfway through my session (half way into the second video capture) and I noticed the Moon quickly moving off screen.  I had drained my battery dry.  The silly thing is that I have been using my battery even though I have an extension cord and power source for my laptop immediately nearby.  I should have bought an AC power adapter long ago and run my mount off of that, but I just made the purchase and the adapter will arrive this week.  But since my data was so bad, it was a blessing not to take the full videos because I don't need to waste time processing garbage data.  I thought I might be able to 'beat' the seeing a bit, but I was thoroughly trounced and put into my place.

Normally I wouldn't post an image like this, but here is a crop from a test I did that confirmed my data was unusable.  It is fully processed to the best of my ability.  It is presented at the native capture scale with my 8" EdgeHD and QHY183C camera at a scale of 0.23"/px.  By my own visual standards this image should be reduced in scale to about 1/3 or original capture scale.  That means my 8" scope was reduced to the equivalent of a 70mm scope.  So even with all of my experience and best efforts, I can end up with a poor image when the seeing is bad. 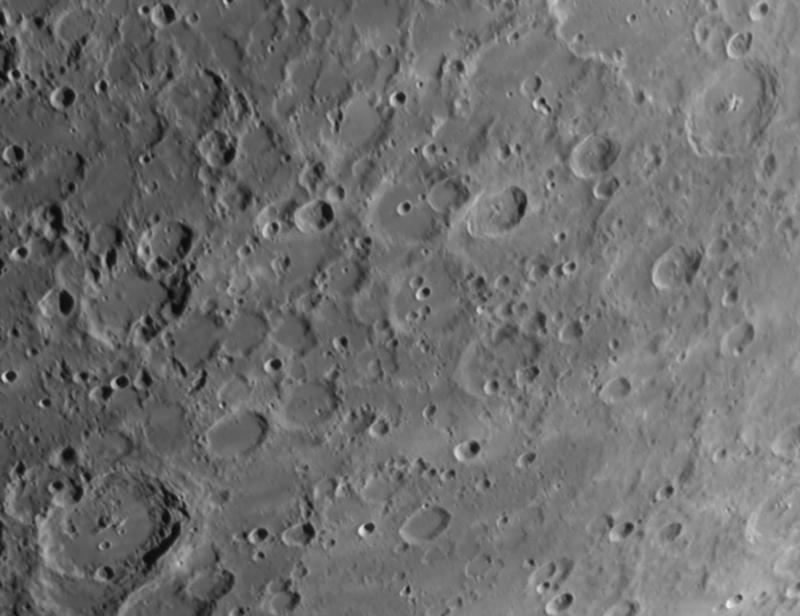 Here was the Clear Dark Sky Chart at the time (look for 19:00 on 2/19) and a simulation of the winds from Windy.com.  This might have likely been the worst seeing conditions I have attempted to image in. 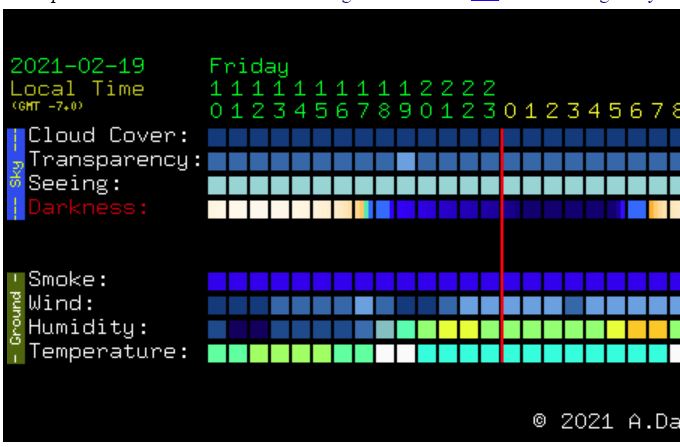 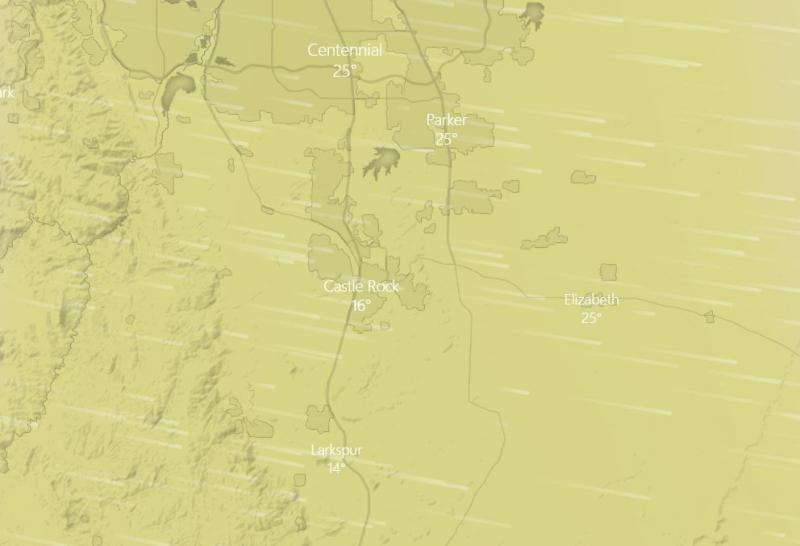 I'll do a follow up post with a short animated GIF of a 'focused' star during final collimation.

Here is the animated gif during final collimation.  If you see this during collimation, pack up the scope and go inside...

Here is the animated gif during final collimation.  If you see this during collimation, pack up the scope and go inside...

Again, thank you for the encouragement.

I may have just solved the posterization/banding artifacts. It appears that they only occur for a certain range of camera gain. I don't see the spikes at all for a gain of 70.

Also, Tom Glenn, Firecapture does not appear to support the SVBONY SV205.

I may have just solved the posterization/banding artifacts. It appears that they only occur for a certain range of camera gain. I don't see the spikes at all for a gain of 70.

This is a critical development.  Also, thanks for posting the raw crop.  This confirms that the problem is coming from the camera itself.  I loaded your image into Astraimage, and sure enough, as soon as any deconvolution is applied at all, the nasty artifacts instantly appear.  I would describe them as "onion rings".  This was frequently observed with early generations of planetary cameras, and was typically solved by imaging at higher gain.  Most current cameras do not suffer from this problem, even at low gain, and the fact that yours does speaks to the fact that the $90 dollars may not be such a bargain after all.  That being said, if you can eliminate the problem by imaging at higher gain, then you should be able to salvage the camera, and may even find it to produce great images.  Reading back on those early reports from planetary cameras (>10 years ago), it seems that once the onion ring problems were solved with higher gain, the image quality was perfectly fine.  It is, however, an annoying problem to have to contend with.