I have a few questions concerning the zero position for the CEM70G that I've just purchased.

I'm told in the manual that it is important however unless the "new" zero position gets saved in firmware I don't see how this would aid you if there was a power reset and you wanted to track your last target. The manual has clear instructions about the zero position but the finer details appear to be unclear.

Sorry for the questions- it's all new to me!

One last question- if your mount is connected by ASCOM and is controlled by another package such as the SkyX I take it that is why the tracking is turned off in the tick button for the Iopton commander as I can't set this button to active when the mount is connected to the SkyX when using the ASCOM driver.

I think I have worked this out from a bit of playing around. I will see how I get on- I'm going to try & align the mount with I-polar tonight if the sky stays good.

So the zero position is iOptron's name for the home position, which is counterweight bar pointed down, telescope pointed up. If you're polar aligned this means the scope is pointed at Polaris. 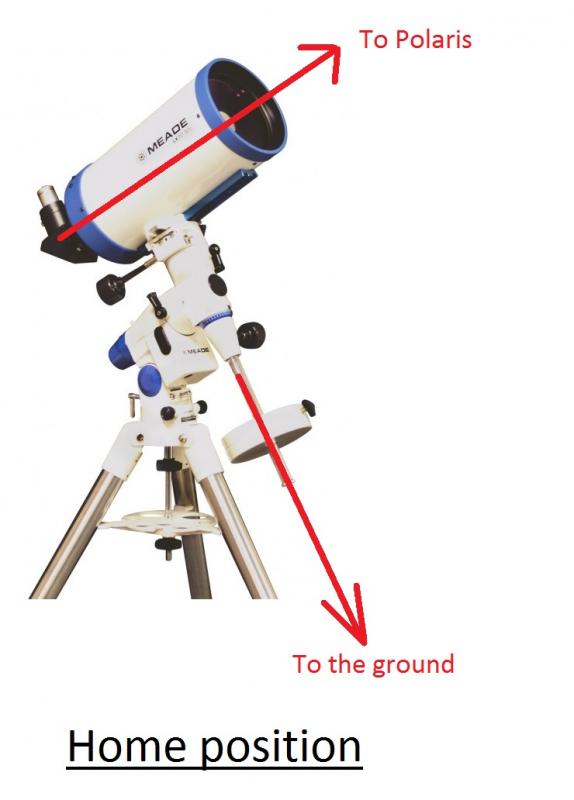 This is often the default park position for the mount, which is where it moves to when you select 'park'. This means the mount knows where it's pointing so when you connect it next, it can goto objects for you (as long as you're properly polar aligned, of course, and it knows the current time and your location).

The park position can be altered, however. If you click 'park' in the Commander software, you're given a few predefined park positions. You can also choose 'current position' and it will define that as the 'user defined' park position next time.

The 'search zero position' button will restore the mount to a known state. For example, you unlock the clutches and swing the mount around manually. It now no longer knows which way it's pointing, so if you tell it to goto an object, or even a predefined park position it will not work properly.

By hitting the search button, the is able to figure out where the zero position is. Try it - unlock the clutches and move the mount to an odd position, then lock them and hit 'search zero position'. It'll move both axes and eventually arrive at the zero position and it now knows its orientation.

So - the zero position is a very specific position of the mount, and you don't want to try redefining it, nor would you be able to. You can, however, define custom park positions to suit your needs, which is I think what you're after.