This afternoon I finally managed to photograph the sun.
Today as soon as I got home I fixed all the equipment, and an annoying wind started that made the telescope tremble ... fortunately, before the arrival of annoying cirrus clouds, I managed to take some videos.

I had the opportunity to try the Coronado DS SMII module that I had previously opened to remove the annoying sticker that moved from the RichView pin.
I also moved the RichView end stop one hole, so that it presses a little harder on the etalon.
I must say that now it achieves better adjustment in DS, and I don't have to tilt the module much.
Uniformity also seemed better to me, hopefully it's not just luck.

The only flaw is that I can not bring out the protuberances, without lightening the chromosphere too much.
I have several photo editing programs, including Corel PaintShop ProX8, but I don't understand how to lighten only the protuberances. 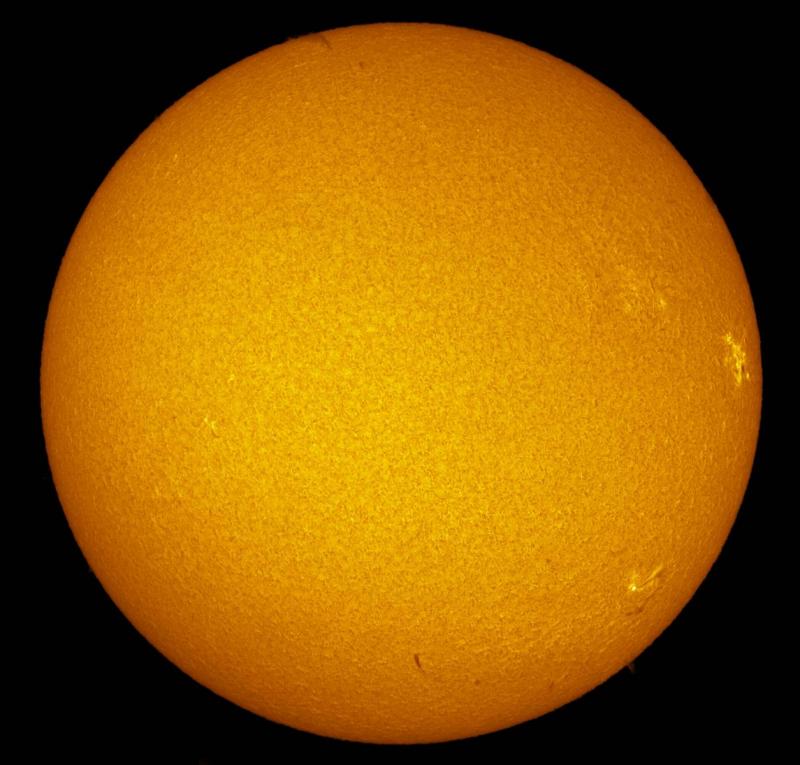 Great disc! Looks like you really sorted out that SMII etalon and Luntanado setup!

Do you have an unprocessed stack result of your image that you can share, to see if proms can be lifted without harming your disc?

There were very few large proms today, I think 3 main ones if I recall.

Nice!  Yes, the proms were faint today, as Marty asked I would need to see your raw file concerning the proms.  I haven’t finished up all of my processing but you can see the proms in my image with my 60mm Lunt.

I observed it just now with my PST. The sun has moved a bit. The prom at the 5 o'clock position is now a bit clearer. 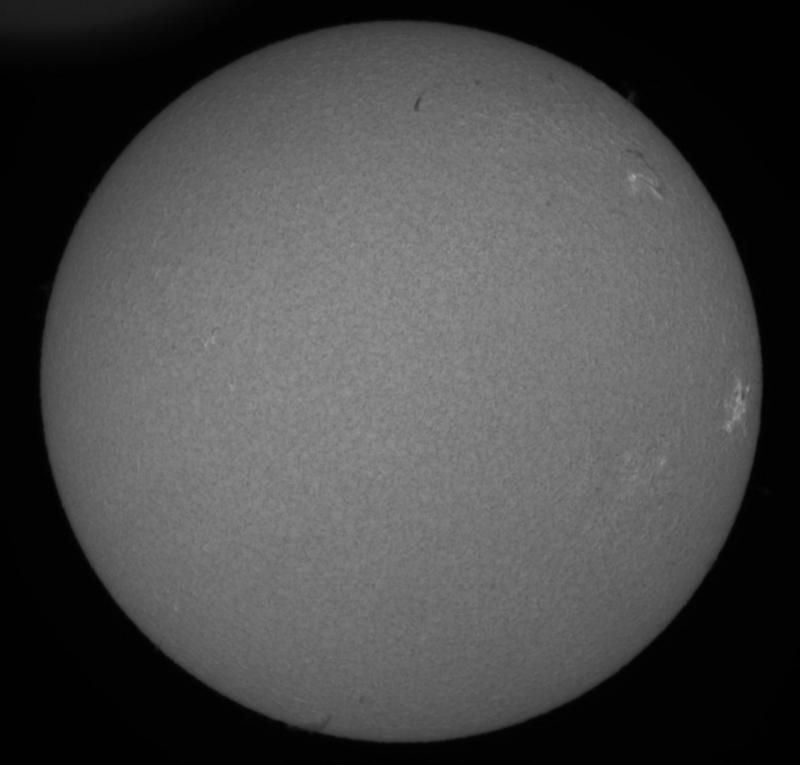 Here is the raw file processed by Autostakkert3.

I see now it's very compressed, but I think it's okay for the experiment anyway.

Have a nice Sunday.

Here is the raw file processed by Autostakkert3.

I see now it's very compressed, but I think it's okay for the experiment anyway.

Have a nice Sunday.

Yep, I just took a quick look on my IPad and lightened the image up and could see the proms so with some selective stretching in a real processing program you should be able to bring the proms out.

If I had the original TIF I could do better but working on your jpg image you can definitely see the proms are there and all I had to do to bring them out was open them in PS and use the Clarify slider and the proms started popping out.  Most of the proms were really faint yesterday so tricky to make them appear! 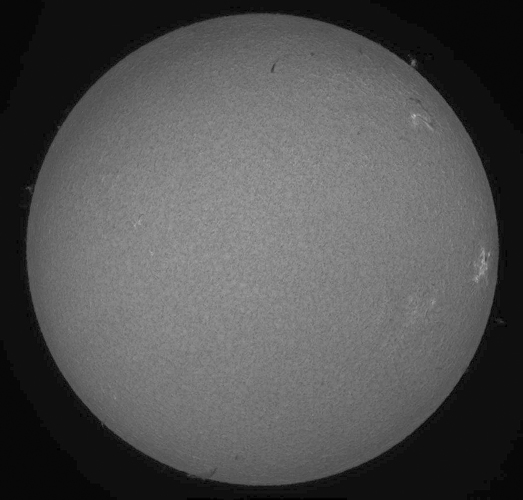 Ok Warren,
I tried again with more conviction, and I found the setting that suits our case.
The result doesn't look bad to me.
That's why I've read that it's best to keep the record slightly underexposed while shooting the video.
When adjusting the lights it increases its brightness a lot. 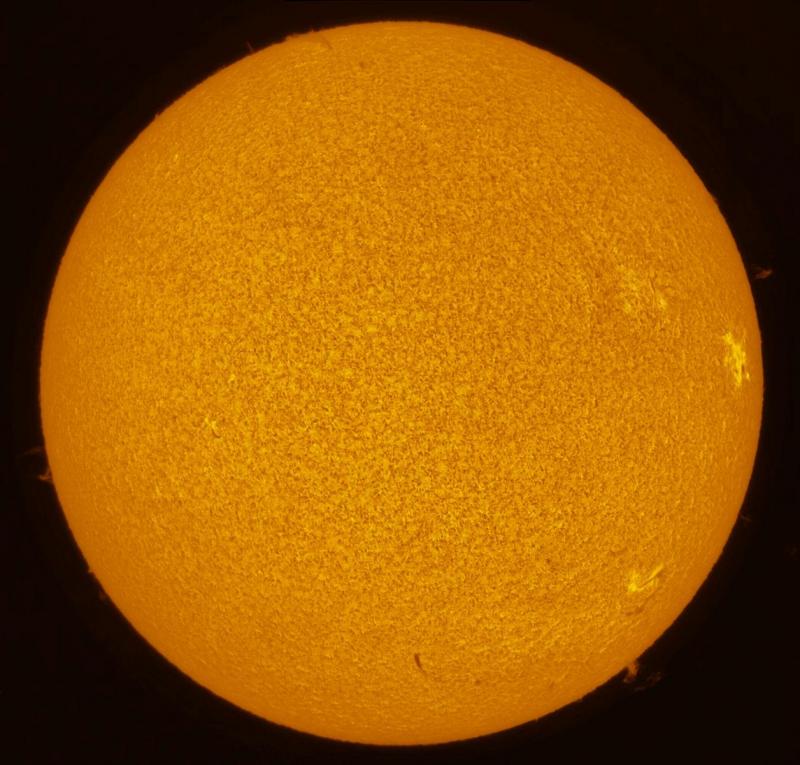 Thanks for your suggestions.

That came out great!