Help! I think I screwed up the focuser on my NexStar 6SE!

I recently decided to upgrade my 10-year-old Celestron NexStar 6SE by replacing the stock focuser with a Starlight Feather Touch micro focuser. I didn't encounter any problems during the installation process itself, but when I tested the focuser after installing it, I found that I couldn't get any objects -- celestial or terrestrial -- to come to focus. If I center on an object and turn the focus knob, focus improves up to a point at which the image is maybe 90% sharp, but as I keep turning the focus knob in the same direction, the image becomes progressively *less* focused instead of *more* focused. I get the same result regardless of which direction I approach focus -- the best I can do is get the image about 90% in focus. (As an example, attached below is an iPhone snapshot I took through the eyepiece showing a yellow utility pole guy wire in front of a brick wall with a window.)

I know that focus problems can arise if the focus shaft pushes against the primary mirror at an angle, but I've tried everything I can think of to prevent this from happening. I've uninstalled and reinstalled the Feather Touch focuser several times and taken extra care to make sure that the focus shaft is centered. I've also tried reinstalling the stock focuser with the same results. I'm convinced that I must be doing something wrong, but for the life of me I can't figure out what it is.

One other piece of potentially relevant information is that I recently had Celestron clean and collimate the optics to remove some gunk that had accumulated on the inside of the corrector plate. In hindsight, I should have tested everything as soon as I received the OTA back from the factory, but I was so impatient to use it that I installed the Feather Touch focuser without first checking to make sure that the secondary mirror was properly collimated. (Kicking myself now, but lesson learned!) I mention this because it's crossed my mind that I might be dealing with a collimation issue rather than a focuser issue. But I'm reluctant to start messing with the collimation screws to test that theory because I'm afraid I might just make a bad situation worse.

Does anyone have any thoughts on how to address this issue? I have calls in to both Celestron and Starlight Instruments but I figured someone here might have dealt with a similar problem in the past. 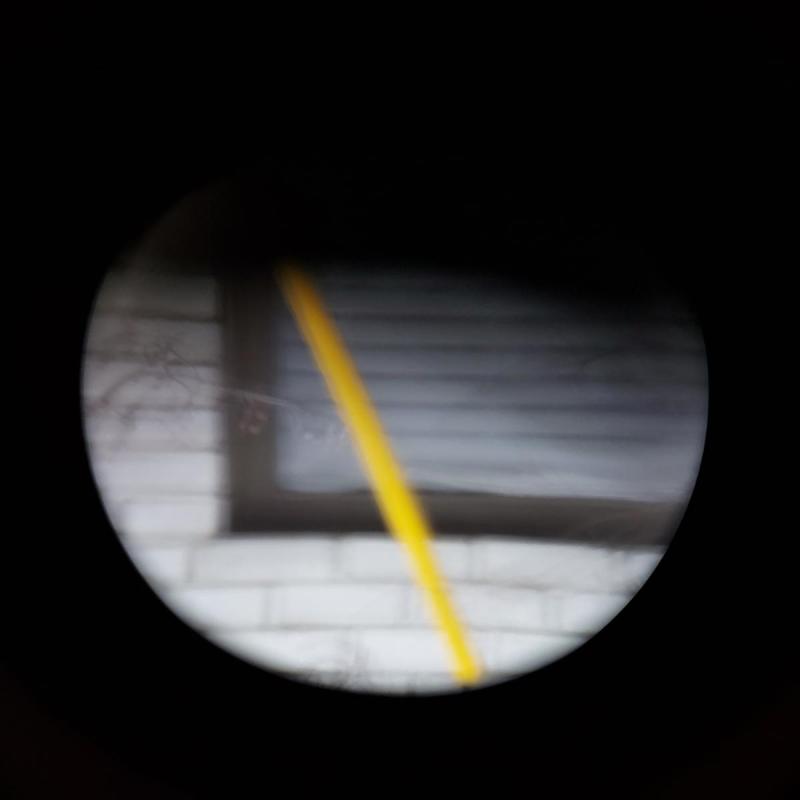 Sorry to ask a probably dumb question, but are you sure that the target is far enough away for the scope to focus on?  There's a certain distance which limits this , which can be surprisingly large for telescopes (e.g. my 12" dob can't focus closer than about 100' ) and if any object is inside that distance you just can't achieve a sharp image at any focuser position.

If you have any doubt, try the test again but use the moon as a target and see if you still can't focus.

Thanks for responding. The building across the street is a good 200' away, so I don't think distance is the issue. I've also had the same problem while focused on the sun (using a full aperture filter of course) and Mars. Since I had installed the new focuser earlier that day, I naturally assumed that the focusing mechanism was the source of the problem. However, since my initial post above, I heard back from a Celestron tech support specialist, who suspects the problem lies with collimation of the secondary mirror rather than the focuser. Clouds are forecast for the next few days, so a star test will have to wait.

I would give another eyepiece a shot and also look at the diagonal if you are using one.

Thanks. I tried using different eyepieces as well as removing the diagonal and looking straight through the scope -- ended up with the same results.

I just tried checking the collimation using the daytime collimation method described at http://www.robincasa...ro/collimation/. At first glance, collimation looks to be way off, but I'm also not 100% sure that I'm doing this correctly -- it seems like whether the rings are concentric or not depends on how you position your head while looking down the front of the scope as much as it does on the alignment of the optics. I'm going to give it another go tomorrow.

I would test on stars.

That's what I'm thinking too -- serves me right for not double-checking as soon as I got the OTA back from Celestron. I've ordered an artificial star in case the weather doesn't cooperate.

I'm hoping that a star test will conclusively show which of the two potential causes -- poor collimation of the secondary mirror vs. tilted primary mirror due to a problem with the focuser -- is the real culprit. According to the Celestron tech support specialist, if I center on a defocused star and see non-centered diffraction rings, collimation of the secondary is the issue, whereas if I see a triangle shape with rounded edges, I can conclude that a misaligned primary mirror is to blame. Curious as to whether anyone here has firsthand experience with this. Is there anything else I should look for in order to rule out a primary mirror/focuser problem vs. a secondary mirror collimation problem?

You can creat a simple artificial star with a flashlight and aluminum foil. Takes a few minutes and certainly works well enough until you have real stars. I use a thin sewing needle for the pin hole.


Also tagged with one or more of these keywords: Celestron, Collimation, SCT, Accessories