A few weeks ago I posted my sketch of Orion the Cowboy Lassoes the Moon. I was out walking my dog Kody late and saw the Moon close to the constellation Orion. The scene in It's a Wonderful Life where George Bailey says to Mary the he would lasso her the Moon and the idea of Orion lassoing the Moon popped into my head. So the inspiration took off from there.

I bought the Procreate app for my iPad which is a neat sketch pad app. It can be used to sketch anything including cartoons. So, I decided to try it out tom make outlines for the constellations. So these are digital sketches which makes it easy to make corrections. So the digital images were gleaned from the internet and sketched over. I modified the horns on Taurus to that of a Texas longhorn bull.

Here is my rendition for Texas-themed winter sky constellations for which are from the left:
- Canis Major, the Big Dog,
- "Owlus" Minor, the little owl (instead of Canis Minor the Little Dog),
- Orion the Cowboy standing over Lepus the rabbit,
- Taurus the Bull (aka Bevo, Texas A&M Aggies and Texas Longhorn fans will understand) and,
- Opuntia aka Latin for Prickly Pear Cactus.

- The Moon is from my August 28 drawing that was published in the Astronomical League's Quarterly Reflector Magazine in December. 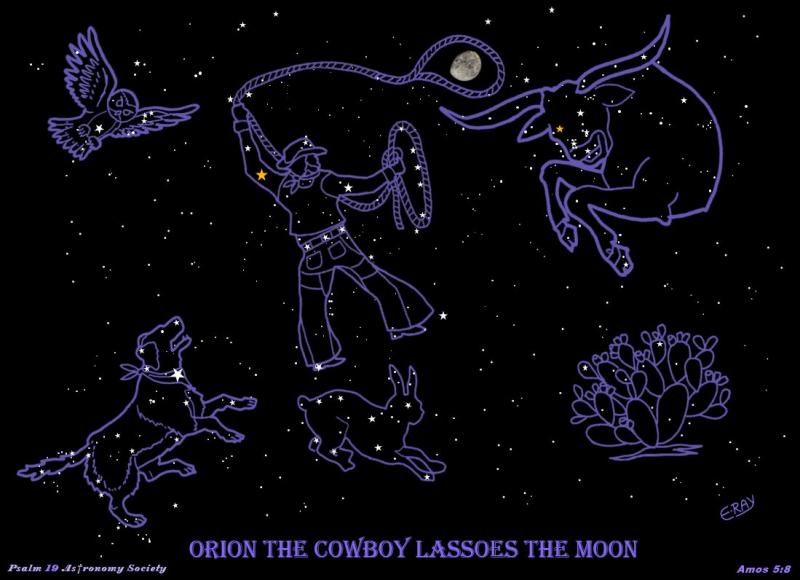 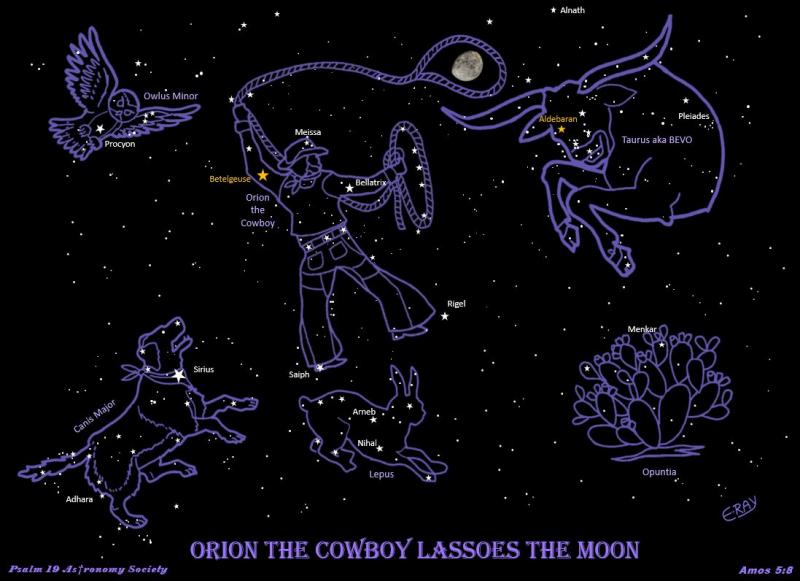 This was fun the first time you posted but I think even more so now.The longhorn is great as is Owlus Minor,made me smile.


Also tagged with one or more of these keywords: Sketching