I'm looking for reasons to decide on one of these telescopes over the other, besides price.  Currently I am using a Nikon D7100 crop sensor (not modified) DSLR, Tamron 150-600mm lens (effective FL 900mm at 600mm) f/6.3.  Guide scope is a ZWO 30f4 mini scope w/ ASI120mm-S camera and all on a Celestron AVX mount. Below is a photo of my equipment.  Software is Sequence Generator Pro, PHD2, Plate Solve2.

I like the 900mm FL that I'm now getting and plan on continuing to use my D7100.  The main reason for my upgrade is the lens focus is way too temperature sensitive and I have to focus ever 2-3 hours (I'm in Pueblo West, CO-wait 10 min. for the 10º drop in temp or it may rise

Would like to automate the focusing but can't on a DSLR lens. Hence - get the tool made for the job!

Would love to hear pro's, con's and problems anyone has had with either of these telescopes especially with a DSLR camera and/or AVX mount (i.e. focus knobs hitting mount?)

Thanks in advance for any info! 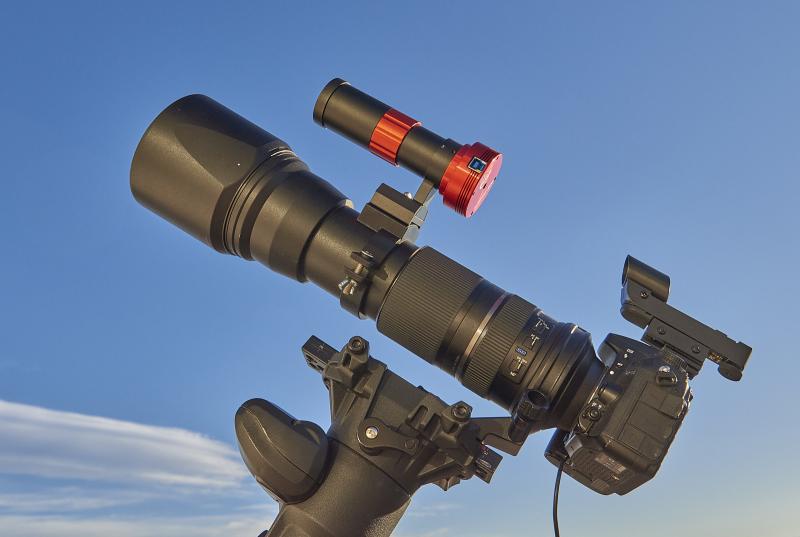 In my case, I had a 70-300 mm lens on an unmodified Canon DSLR and a SkyWatcher Star Adventurer. The pressing issue was no Ha - I shot the Heartless nebula, Soulless nebula, No-America nebula and Sadder region. But I also wanted a proper telescope as my lens has a focus by wire design which is not best suited to astro. I considered a ZS 61 as it would be within the weight limit of the mount, but I really wanted the GT81. So I had to get a new mount as well as the scope.

Next step was to get some Ha light - I considered Canon Ra at length, or a modded twin of my DSLR but ended up going for a ZWO 071MC. After that I got my EAF and I have to say, everything I did before getting the EAF looked less than perfectly sharp. I'm using the EFW with its temperature probe and ASIAIR Pro and it can automate refocus on temperature changes as well as filter wheel changes. If you have an EAF and you're working with filters, you are really going to want the EFW as well.

Recently I spent a couple of months working with Canon lenses on my ZWO camera, for the Orion constellation (50mm) and the Spaghetti Nebula (135mm). This was painful after using my GT81 and I am so glad to be done with those targets for now and back to my GT81. Except, galaxy season ... I'm considering a reflector for galaxies and planetary nebulae. Unfortunately most reflectors are back ordered everywhere.

Secondly, the difference between the two scopes is in their design. The ZS series are doublets. The GT series are triplets. Both use FPL-53 ED glass. The triplets will correct chromatic aberration better than the doublets. Finally, the GT are faster than the ZS: f/5.9 for the GT, f/6.9 for the ZS. The ZS gives you about 80mm more focal length.

As you can see from my signature, I went with the GT81. I am quite happy with it. The build quality is superb. I definitely recommend it.