Crumbling rim of Alexander Crater on the terminator

In the many times I have imaged and observed the Moon I have never noticed Alexander crater. This image of the Lunar terminator on a six day old Moon was captured on 3/19/2021. There are numerous mountain peaks and crater rims illuminated on the dark side of the terminator. In this image north is to the left and east is down. The most prominent feature is the partial rim of Mare Serenitatis basin located on the lower right. To the north are craters Aristoteles and Eudoxus, their rims glowing on the dark side. To the south west is the degraded rim of Alexander crater well out into the terminator. At the bottom of the Serenitatis circle, the peaks of the Haemus mountains are illuminated. At the top of Serenitatis on the western rim is Posidinus crater. A ridge runs south from Posidinus down to the out-cropping of Taurus Litrow. Apollo 17 landed in Taurus Litrow Valley. In the mid-western basin of the Mare Serenitatis basin the Serpentine and Lister ridges stand out. The Moon is often overlooked because it is not as glamorous as deep sky objects. To me the Moon is beautiful and always changing. The close-up image clearly defines the crumbling rim of Alexander crater. Imaged with a Vixen ED103S refractor in SharpCap. ASI 174mm camera at 75 fps, stacked in AutoStakkert and final in Photoshop. Click on images for expanded viewing. 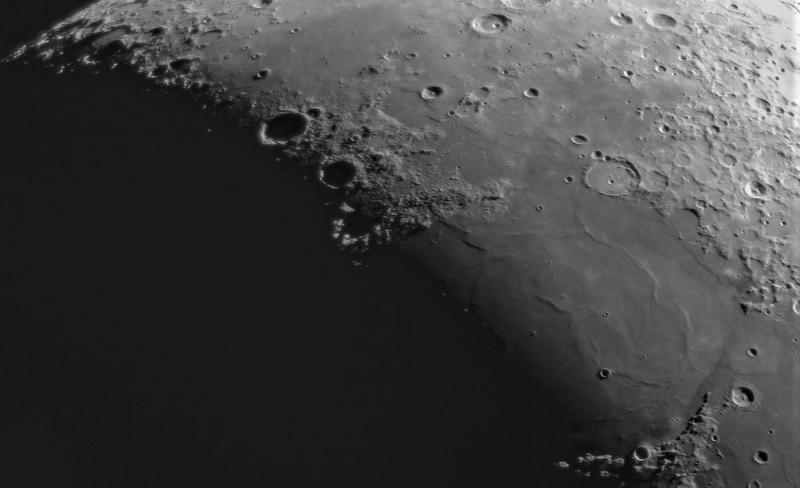 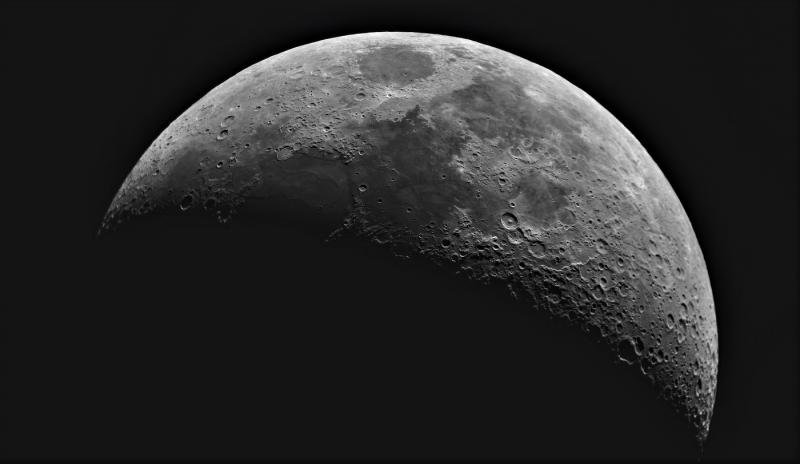