Different flavors of the April 9 Sun

April 9 started off rainy and partly cloudy at best. I had taken the day off, but given the forecast I wasn't really planning on doing any astronomy. However, later in the day the Sun started peeking through the clouds and I decided it was worth giving some solar imaging a shot. So I brought out our LS60THA with 50mm DS and gave it a go. I dodged through quite a bit of sucker holes before the sky cleared temporarily long enough for a set of captures.

I captured a full disk image with a ZWO ASI174MM. As I processed the data, I felt like doing a little experimentation and tried a few different flavors of color/grayscale palettes.

Let's start off with plain-vanilla grayscale: 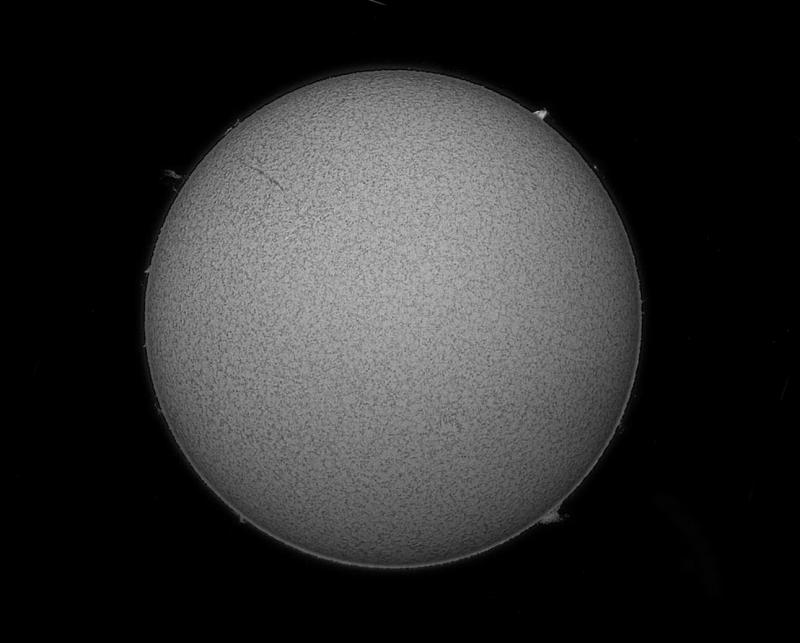 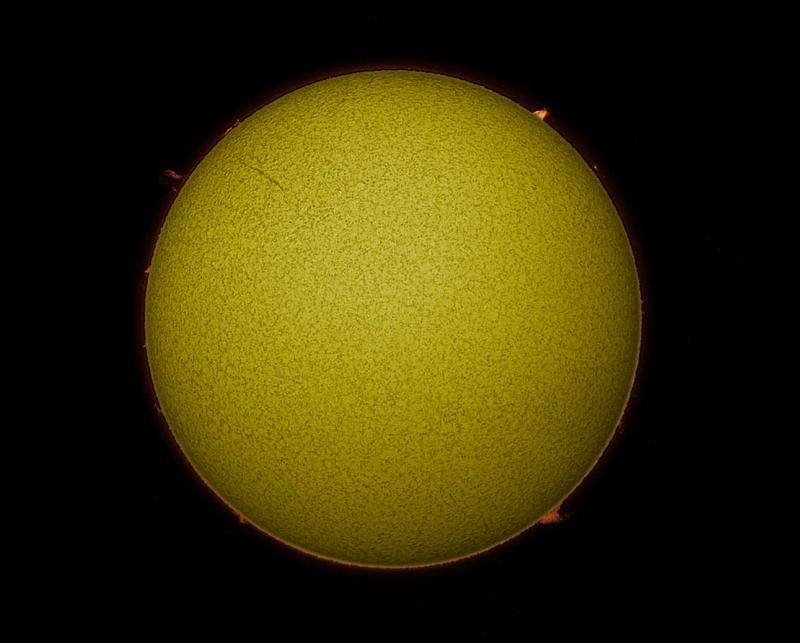 Here is a greyscale version with the disk inverted: 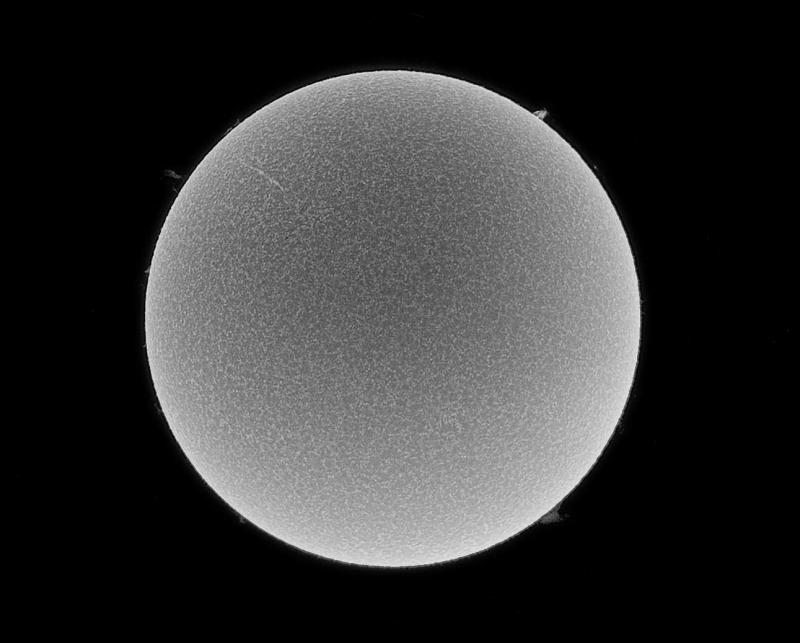 "Plain natural (arbitrarily set)" colors, with the luminance of the disk inverted: 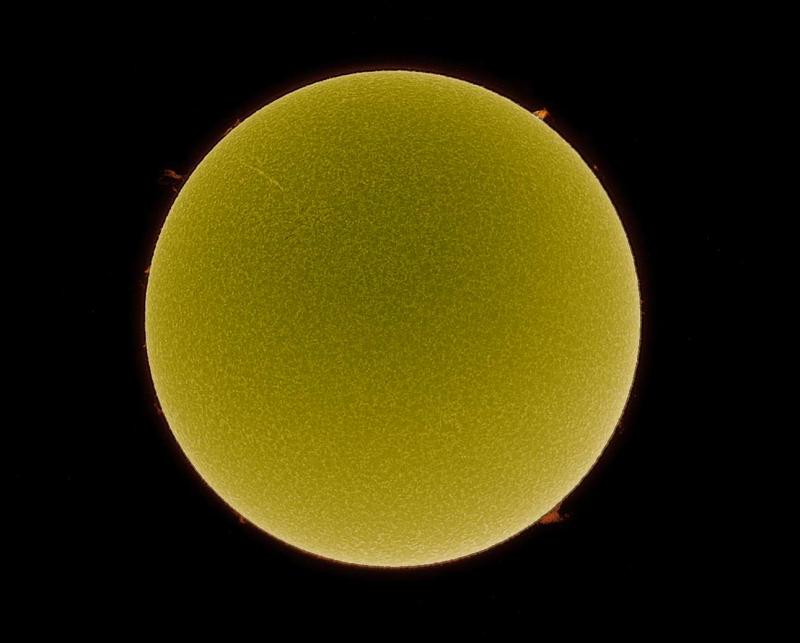 While I was at it, I thought I'd see how inverted disk colors (and luminance) would look: 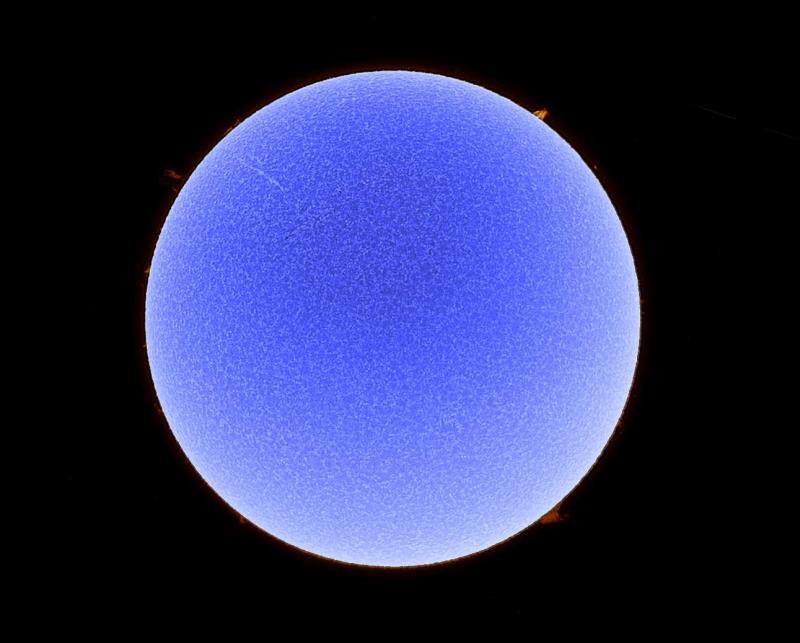 As interesting as the prominences were, I decided to give them some close-ups, so I swapped out to a ZWO ASI290MM and an Astro-Tech Barlow.

These are all very nice capture and process Eric! You captured a lot of nice details. I like the various color palettes you got. Nice to have fun with the images. It’s all about the art that makes photographing fun and interesting

Thanks for the "Likes" and the feedback, all!