I had a nice night last weekend and, believe it or not, it was new moon too! I got some worthwhile images.

Incidentally, all my targets are some sort of doubles.

My primary target for most of the night was venerable Whirlpool, two interacting galaxies. 97×60s. 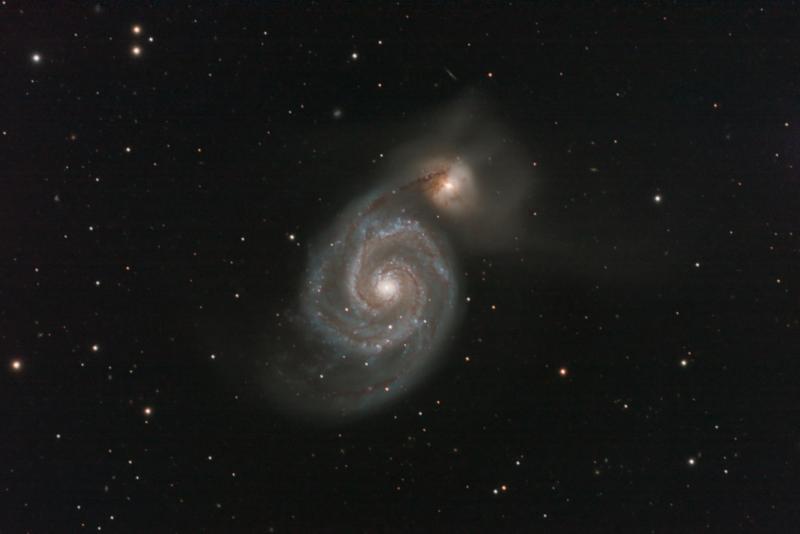 Two others are really stretch goals as they are too low in the sky. But I still got something!

Antennae, another interacting galaxies. Briefly rising up to 24°. 13×60s. 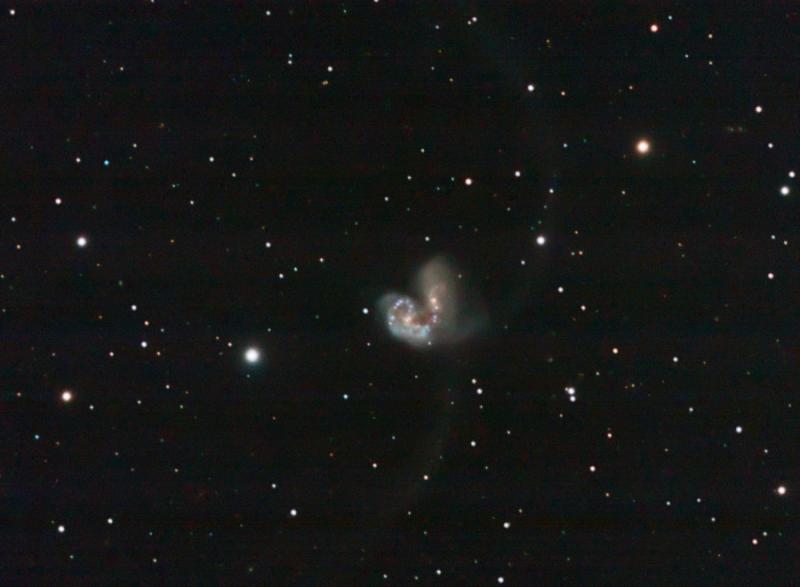 Last, an 'optical double' NGC 3314. It doesn't rise higher than 15° for me, but it is a rare composition. Two unrelated galaxies behind each other.

And there is a lot of other galaxies too. 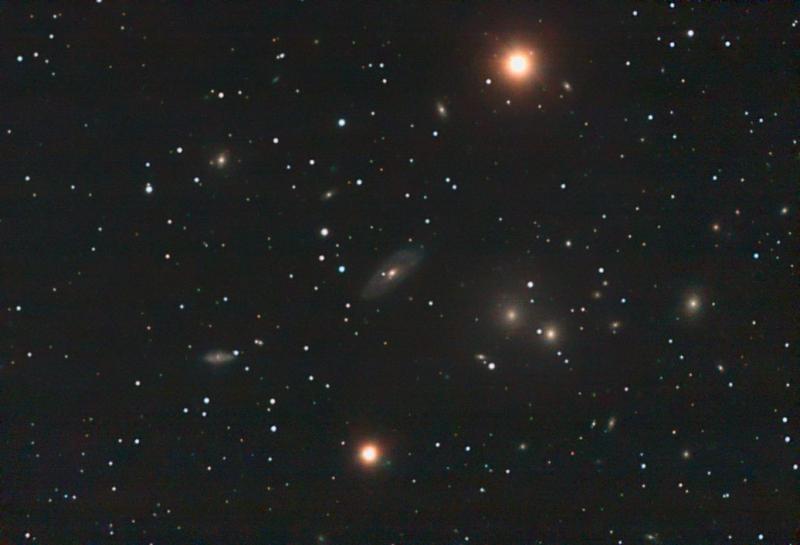 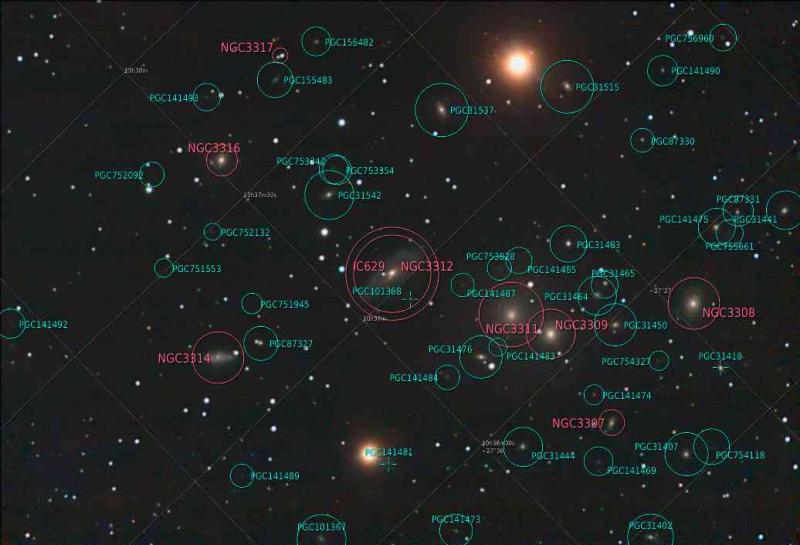 All captured with Edge HD 8" at native FL on AVX, ASI294MC Pro. Guided with OAG and Lodestar X2.

Processed in PI, not too heavily.

RA guiding was terrible. Like 1.5" vs 0.5" on Dec, occasionally degrading 2-3x. I had to throw away more than half of subs. Often subs were aborted because guide star jumped too far away. Resulting images have quite elliptical stars, especially M51. I can't blame wind, as there was none. I used PEC playback concurrently with guiding this time. I have not decided yet if it is better than not using PEC when guiding. This time I got better guiding on low targets than on M51 that was rather high in the sky. A few weeks ago I got much better guiding with PEC even though it was more windy. I guess, weight balance may play a role, but then the results may be different on east and west sides...

That is some good wrestling with an AVX!  It took about 15 runs averaged for PEC to do mine any benefit.

That is some good wrestling with an AVX!  It took about 15 runs averaged for PEC to do mine any benefit.

I did only one run. I was lazy to figure out how to average multiple and I am too greedy to waste dark time for that. But I made sure I had solid guiding (yes, it happens sometimes!) throughout that PEC recording session. The effect is clearly visible on unguided captures. I did 15s subs with Hyperstar one night earlier. After really heavy culling I have 60% keepers with average eccentricity 0.4! Without PEC every other sub, if not more, would have double stars. Nice and round, but double.

Now, with guiding at long FL it is more hairy.

I am too greedy to waste dark time for that.

Don't forget sensible!  Full moon activity indeed.  PECTool is available on Celestron's site.  It runs fine, but it needs compatibility mode to install.  Just let it record in good seeing and see what it does.  You can sort through the trash runs later and average however you like with a spreadsheet.  Save your average in case you need it again later, or just want to add to it next full moon.

I use my AVX with a 120mm refractor at 900mm focal length.  For my AVX, Dec axis + dither = disaster.  RA recovers well.  I hand focus, so I hand dither in Dec every half hour or so when I check the focus.  With autofocus, you can just change the aim in Dec on your plan before focus.  An SCT's weight is a lot closer in, so you may do much much better.