The Flame Nebula and the Horsehead Nebula are parts of the Orion Molecular Cloud Complex, a large star-forming region composed mostly of hydrogen which is partially ionized by UV radiation from the bright star Alnitak. At the estimated distance of 1,200 LY, the region lies behind a dark nebula composed of dust and gas which forms the dark lanes within the Flame Nebula. Red areas are emission nebulae which glow by hydrogen gas fluorescence caused by the absorption of ultraviolet light from nearby stars, mostly Alnitak. And blue areas (NGC2023 and IC435) are reflection nebulae caused by the scatter of light from bright stars lying in the distant background.

Chandra X-Ray Observatory and Spitzer IR images reveal several hundred young stars within the Flame Nebula, most of which appear to have prominent circumstellar or protoplanetary disks. Parallel filaments  are formed by ionized gas aligned along galactic magnetic lines.

Thank you for looking. 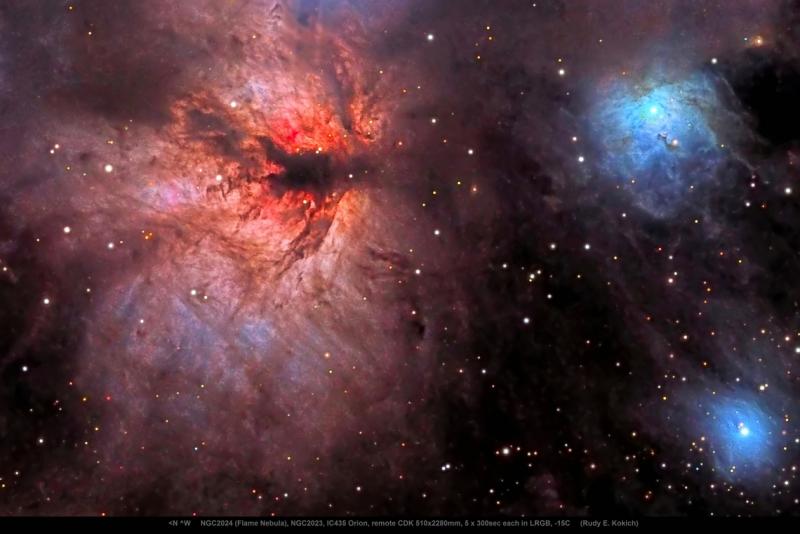 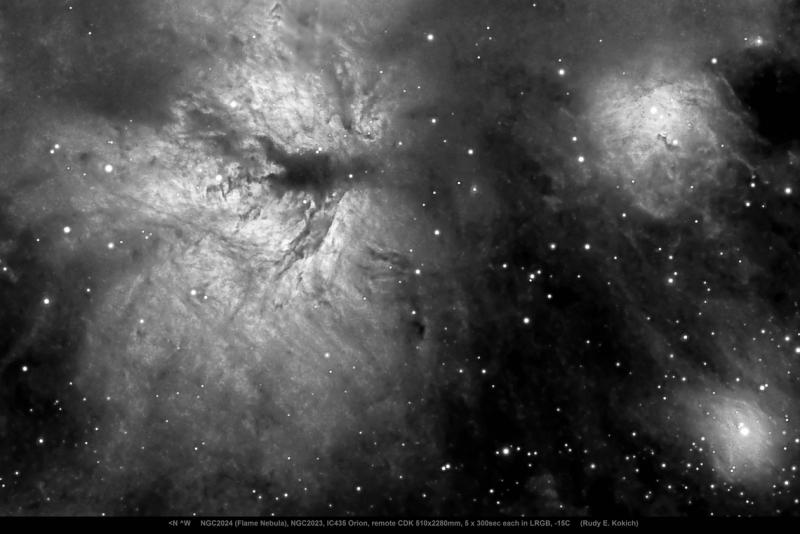 I need to tell you thanks for sharing! Outstandingly beautiful! Amazing details! Great job!🙌👍

Absolutely incredible detail! With more data on different sections, this would make an awesome mosaic.

That is an incredible level of detail.
This image is a beauty!


Also tagged with one or more of these keywords: Astrophotography, Cassegrain, CCD, CMOS, DSO, Imaging, Reflector