I imaged  this object way back in May 2009. At that time I found no amateur images of this object.  In fact, catalogues listed the object as a galactic open cluster - and Hartung wrote that John Herschel had made a mistake in describing this object  as  " a decidedly nebulous group". Well, Hartung was wrong, and there is plenty of nebulosity here.

And in possibly an extreme case of pareidolia I saw a whirling dervish- and decided to name the object accordingly.
I think I posted that image here in CN at the time.

12 years later i revisited this target over the course of several nights in April, capturing 16 hours of data- and here is the result. Can you see the flowing twirling skirts? the raised arms? the turban ? I cant unsee this - and stand by the name!

I see this name being used by other amateur astronomers as well, so I does seem to have caught on.
anyway its a really interesting area and not often imaged, though much more often these days than in 2009!

I hope you like it ! Comments and suggestions welcome! 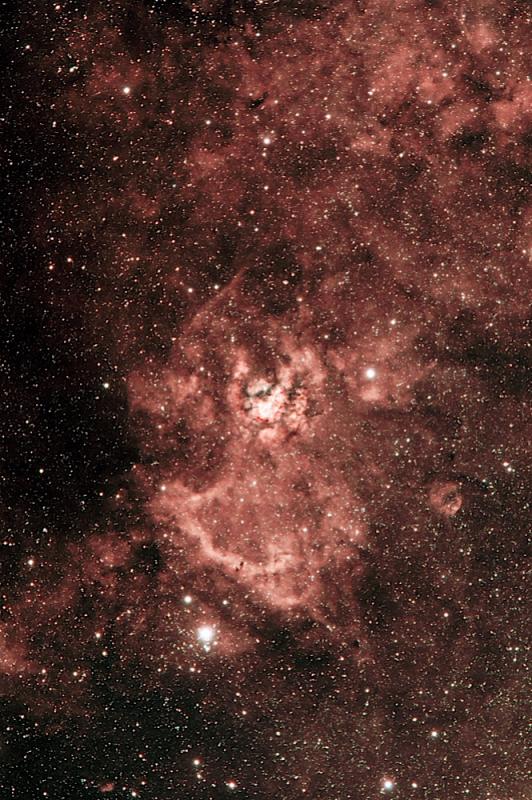 Never heard of this one before.  Nice image.  Thanks.