Celestron AVX Mount: Hit or miss at best. (My experience with the AVX)

The purpose of this topic is to inform potential buyers of the AVX mount just what they're buying. I'm not entirely sure if its supposed to be here, but here it is.

I bought my AVX used nearly a year ago. The guy who sold it to me said it was basically brand new since he never really used it. For around $700 I considered it a steal. Thus far, it's been my only workhorse loading up to about half capacity (17lbs), it has nonetheless preformed well on some nights and horrible on others (as you will see in example images).

In October of 2020, I bought my first two OTAs (a 6" Newt Astrograph and 6" RC) I immediately tested it for the first clear night. I polar aligned using the polemaster and aimed at NGC 7000, the North American Nebula. My camera (ST-2000XM) did a 3 minute exposure on the Cygnus Wall and I could clearly make it out. While there was star trailing, I wasn't using auto guiding at the time and expected this. It was surprisingly minimal. While I didn't save those images since I captured it on CCDOps, I knew this was going to be a good mount. A few weeks later, I imaged M45 (60s exposure) and M42 (30s exposure) at around 5 AM (on separate nights of course) on the 6" Newt Astrograph. 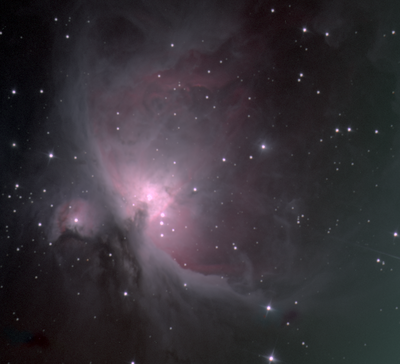 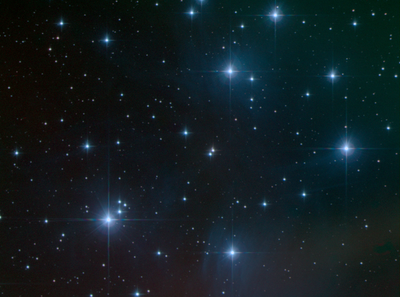 The same month, I used my 6" RC to capture the Mars Opposition and got Jupiter and Saturn in the same night.

For a while, I couldn't image due to heavy smoke from 2 nearby wildfires (one would be become the 2nd largest in state history and the fastest moving fire in history, growing from 18,000 acres to 180,000 acres in 1 hour). By the time the smoke had cleared there was 1 foot of snow on the ground. The temperatures got colder and my laptop couldn't function in -10F weather. Neither could the mount. At these temps, the grease Celestron had applied at the factory freezes and makes the gears sticky. December turned into Janurary, where more of the same problems persisted as well as heavy snowfall. Then I got a break at the end of February, a week of clear skies to image. For the next four days I imaged B33 on a new widefield refractor I bought, the WO SpaceCat 51. The guiding on the mount stayed around .6/.7 acrmin error, which is considered "good" for the AVX. The nights were cold, but the mount held up thanks to some new grease I applied. No star trailing whatsoever thanks to my auto guiding. 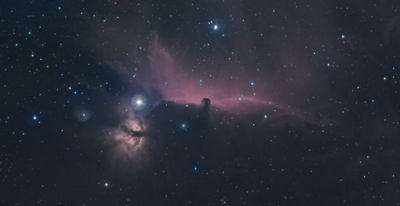 Now it's galaxy season. With confidence, I rearmed my 6" Newt Astrograph and aimed (well, tried) for M101, only, I didn't find M101. I accidentally aimed at a different galaxy NGC 3359, a small barred spiral galaxy near Dubhe. With my night running short, I decided to start imaging that instead. Guiding at first was fine, then it got worse. 2 hours of images reduced to 45 minutes due to bad guiding, and to make matters worse, a majority of the subs I considered good had egg shaped stars, not the perfect round ones you'd hope for. As it turns out, Celestron went cheap for the DEC axis and has a plastic washer there instead of a bearing, making accurate guiding for long focal length telescopes hard. Many people on discord pointed that out as a major flaw in its design and I have to agree. People upgrade and hypertune the mount all the time thankfully and you can find solutions around them. 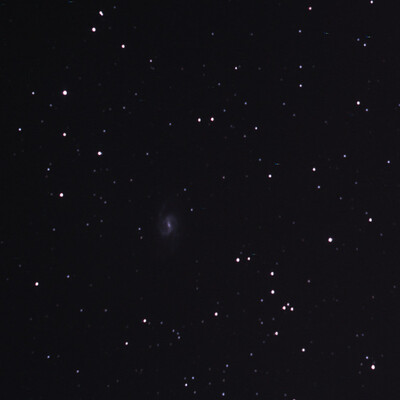 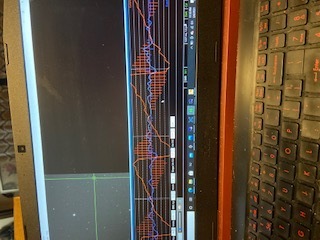 Guiding issues of the night
As of now, I'm back to the SpaceCat 51, imaging Markarian's Chain for the next four nights.
So, what's my final verdict on the AVX? It's an okay mount, if you plan to have smaller refractor telescopes only, then this mount will be perfect for your needs. For those going with longer focal length telescopes, look for the HEQ5 or the EQ6R Pro, they'll save you some headache since many people own the mount. But if the AVX is your only option for longer focal length telescopes, make sure to regrease the bearings and gears, and if you have some patience and time, replace the plastic washer with an actual ball bearing.

"As it turns out, Celestron went cheap for the DEC axis and has a plastic washer there instead of a bearing, making accurate guiding for long focal length telescopes hard"

However, all is not lost.

If you get your PAE low, not just the usual 5arcmins that's good enough for guiding.

Then Dec shouldn't actually need any corrections at all.

Except there will always be the dreaded Dec Backlash.

So over-balance Dec to take up the backlash, to make sure Dec never goes "over the line", requiring those back-and-forth corrections in your graph.

Then there is the issue of whether you should align to the refracted pole or the true celestial pole. Interestingly enough, when imaging in some parts of the sky the refracted pole will be the best while in other directions the true pole is best and these two polar alignment points can easily be different by several arc minutes. That's one of the reasons why there is no point in trying to get your alignment better than an arc minute or two.

That said, with a mount like the AVX you probably want situations that require the least amount of guiding on Dec. Either that (and perhaps even better) is to have a setup that requires guiding in only one direction on Dec, since that can avoid backlash.

The AVX was designed for visual and planetary imaging, not deep sky. That is how Celestron justified going with the cheaper Dec bearing (according to them). Quote: "The Dec motor never needs to run." So, we're pushing it with our long exposure photography, where it clearly does.

That said, I've found that, at least for my copy of the mount, it can work. The key is to find the right RA and Dec balance points that make your mount happy, and above all, keep the scope and it's accessories as compact as possible. Moving from an 8" Newt to a 5" refractor cut my guiding error nearly in half, even though both scope assemblages were the same length, weighed 26+ lbs, and had focal lengths of about a meter. The refractor just had a much better weight distribution. Physics.

For those going with longer focal length telescopes, look for the HEQ5 or the EQ6R Pro, they'll save you some headache since many people own the mount.

It's nice of you creating this post to inform (and protect) potential AVX buyers, so allow me to do the same regarding your HEQ-5 suggestion.

About 3 weeks ago I bought a brand new HEQ-5. It is to date the worst piece of astronomy gear I've ever purchased. Out-of-the-box unusable for any kind of serious AP. The grease used makes balancing impossible! Even after properly adjusting DEC/RA play and installing the Rowan Belt mod, the RMS swings between 1.2" and 2.6". Some brief moments of glory around 0.8" but nothing more than that.

I've sent mine to a pro for a teardown, upgrade/ of parts and tuning, hoping it will return half as good as my old CEM25P. Why this mount gets so many recommendations blows my mind.

If I have to tear down and tune my mount right after taking it out of its box for it to work decently I wouldn't buy it in the first place.

I'm sure some of you will think "he just got a bad copy, can't be right when so many people recommend the HEQ-5". Sure, there may be other HEQ-5s out there will slightly better worm gears etc. but I really, really doubt that Skywatcher used this terrible grease only in my mount. Compare this to my now sold CEM25P, which was butter smooth and guided consistently at 0.5-0-8" right out of the box.

I wouldn't expect a $700 mount to perform perfectly. My $700 open box AVX has done as well or better as I expected.

I definitely have a lot of DEC backlash and sometimes (actually, many times) during a session, a DEC reversal will take up to 20 corrections from PHD2 before it gets DEC under control. Even with that many corrections, the total guiding error isn't really that bad. I am using a ES ED102 with EAF, ASI533, Orion MMAG (about 18 lbs).

I have owned the mount for almost three years now and the mount does much better now than when new due to only a few minor tweaks (loosening the DEC axis bushing tension nut and buffing/greasing/ adjusting the two brass gears that drive each axis). Easy adjustment easily found on YouTube.

I am probably one of the few, but I am very happy with my AVX and appreciate its light weight, easy setup, and trouble-free consistent performance.

I used an AVX for about 3 years with a 100mm refractor and a 6" RC. The 6" RC was pushing it from a weight and focal length perspective. I had the CCDT67 telecompressor on it, and had the scope reduced down to 915mm focal length. The scope was about 22lbs with a new Moonlite focuser, camera and guide scope attached. This was the extreme limit of the mount. At longer focal lengths I would lose about 2 out of 5 frames. Reduced down, it could hide the tracking errors better, and almost all frames were usable. But I had to have perfect PA, perfect balance, and good cable management. Any little thing would cause tracking errors. I think so long as users understand these limitations (ie, less than 1000 focal length, less than 20lbs) you can manage the issues. I never had a problem with my 100mm scope. It was carbon fiber and weighed less than 15 lbs with all equipment on it.

Spider and the Fly 100MM


Also tagged with one or more of these keywords: Astrophotography, Beginner, Celestron, Equipment, EQ, Imaging