Mine is still my brass TV 85 Renaissance.

That's a rare scope. Very nice that you were able to find one.

Mine is still the 9" achro. Haven't used it as much as I'd like to have by now. Working like crazy.

That's a rare scope. Very nice that you were able to find one.

Mine is still the 9" achro. Haven't used it as much as I'd like to have by now. Working like crazy.


Did you say 9" achro refractor ? What mount do use?

TV 85 (Ivory). Picked it up last year during the height of the pandemic. The city I went to had a small riot take place the night prior and had instituted a curfew, and I did not realize it. I drove 2 hours after work to pick it up and drove right through the riot zone, geez! I picked up the 85 along with a Telepod, case and 6 eyepieces. Sold the other items off and paid for the cost of the 85, so I basically got it for free, aside from the labour of selling. Had acquired my TV 102 in much the same manner the year prior, without the riot thing going on. So I was able to procure both the 85 and 102 for what amounted to the cost of selling a SW100ED I had, itself no slouch of a scope. That same trip to get the 85 I picked up a Meade Starfinder 8” with a fine Pyrex grade A mirror and pier, a very productive trip, but a loooong day!

CFF160 f6.5. I bought this earlier this year from another CN member. The purchase was cash plus trading a few items I had that were not getting a lot of use.

It has been a great scope so far in limited duty from my Bortle 7 back yard, but I've yet to get it under dark skies, where I'm sure it will shine!

TV Genesis SDF - 27 years brand new, purchased in 1994 by a Parent for one of their children, but never used and stored away. Its amazing to me how these things happen, but glad for the acquisition, its a beautiful 'scope.

refractor bigger than 80mm-ish, and it fit the bill.  Very happy so far.

Bought both a the same time.

(also just received the Orion 70mm finder for my dob...not sure it counts but it is a refractor and does a great job as a finder...)

Stellarvue SV60EDS, bought it last year just before Pandemic. I purchased it as my Airline Travel scope.

Tak FC100-DZ for me.  Bought it last year when they had a 10% off sale that made the decision so much easier.

I've bought a couple of scopes since then but also sold them again.

A Takahashi FC-76DS. I called LS&S shortly after the onset of Covid just to see when it might be available and was told that one had arrived the day before. I bought it without hesitation.

My TEC 140ED from the last run before the new fluorite's came out about two years ago..

AT72EDII from earlier this year. I'm loving it.

Skywatcher Evostar 120 ED.   Bought it as an all-arounder for use under my suburban home skies.  Very happy with it so far. 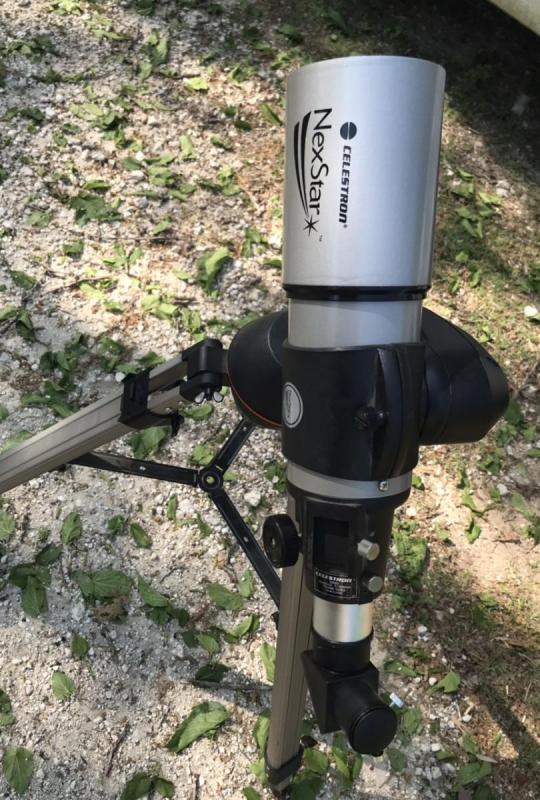 ST80 in silver Nexstar guise. Almost like a brass TV!

It came without a hand controller, but is pretty smooth for manual alt/az use.