New at EAA, and need advice on dim objects

I'm new at EAA. For the the past 5 years, I've been happily sketching at the eyepiece, but I recently decided to take the plunge and purchase Mallincam's SkyRaiderDS10c camera. I first tested it a week ago, and got some fine views of the gibbous Venus, as well as craters along the crescent moon's terminator. However, when I aimed the camera toward Markarian's Chain, I just got a black screen on my laptop.

Obviously, distant galaxies produce much less light than the moon or planets, but I'm not sure how to adjust the camera to compensate for this. Any advice to this newbie will be appreciated!

PS: My scope is an 18" Classic Obsession, with ServoCAT and ArgoNavis.

Would recommend you goto the Mallincam Bcast site, Sign up and look for any live Bcasts.  Additionally it has a Face Book page for its members where you could ask specific questions.  Your 18" Obsession telescope is more than capable of imaging the Markarian's Chain using the DS10C.   Pat Utah

Roy - DSO will require different settings than planets.  Planets are very bright and only need exposures that are fractions of a second.  DSO will generally require several seconds.  With a 4 inch aperture at f/7, I can't get very deep (or clean) with a single exposure.  With stacking, I have been able to capture DSO as dim as magnitude 15.5 using 4 second sub-exposures that were stacked for 10-15 minutes of integrated exposure.

Your camera has an IMX294 sensor and is essentially equivalent to the ZWO ASI294.  People have achieved excellent results with that camera.  It has a large sensor, and when paired with a fast Newtonian, will provide a field of view that is big enough for all but the largest DSO.  This is important because stacking tools need to capture surrounding stars to align the frames (they generally need three, but can use more if present).  Not sure if I got your scope right in the image below.  The numbers I found in one of the tools I use indicated it might be ~f/4. 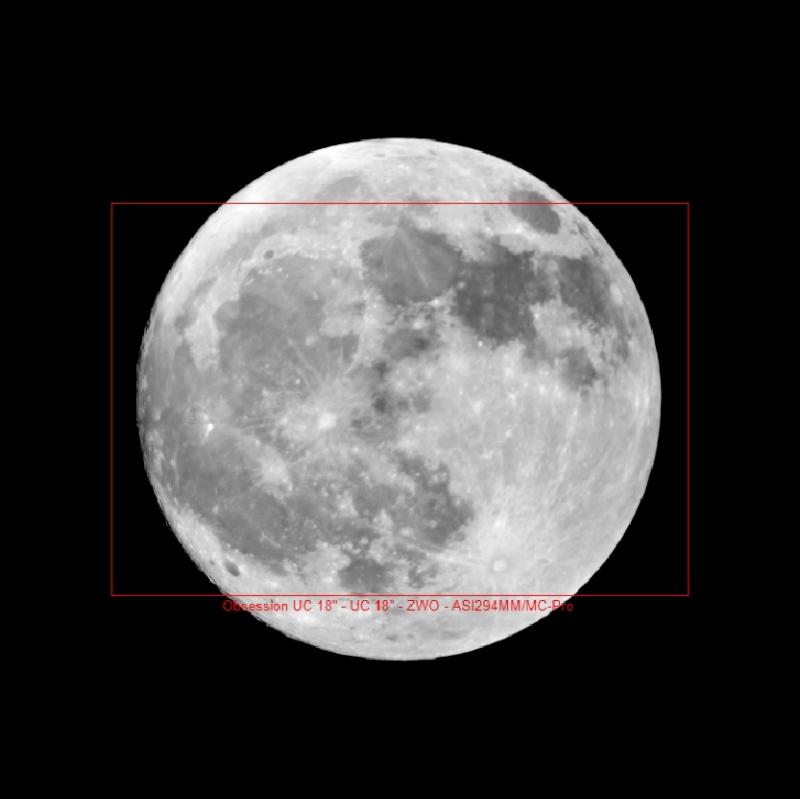 You didn't give any details of the settings you were using, but there are a few things you can try.

First, aim at a star you can see in a finder.  I like Polaris because it doesn't move around much and it isn't super bright.  There are a couple of reasons to do this.  One, you know you have something in the frame, and two, you can make sure you are focused.  Polaris is a double star and good focus should bring out both components.  An exposure of 1 second is a good place to start.  You may need to dial it up or down (probably down with your massive 18 inch aperture!).  Also make sure the histogram is un-stretched (low, mid, high levels unmodified) and the image is not over saturated (curve not bunched up at the far right of the x-axis).

Next, try pointing at a globular cluster.  They are relatively bright for DSO, and are good starter targets.  An exposure of 4 seconds should be a good place to start.  If that isn't enough, increase the exposure.  You may find a couple of things limit how much exposure you can use.  Alt-az mounts have a practical exposure limit of about 30 seconds, depending on what part of the sky you are pointed to.  Going longer will streak the image from field rotation.  The quality of tracking may impose an even shorter limit.  Any jerky motion can streak the image.  My alt-az setup has a hard time going past 4 seconds without experiencing some kind of bump or jiggle that ruins an exposure.

Watch the histogram as you change exposure.  It will tell you if you are underexposed, or overexposed.  Without getting into too much detail, you want the curve to have some gap between the far left of the x-axis (zero), and you don't want the curve bunched up at the far right of the x-axis (100%).  If there is no gap between the curve and zero, you are underexposed.  If it's bunched up at the far right, as previously mentioned, you are overexposed.

With an 18 inch aperture, you may see a lot more than I do in a single exposure, but for very dim objects, you will probably have to stack multiple subs.  Single exposures can be noisy.  Stacking subs cleans this up and reveals dimmer objects.  Sometimes I can't even see the dimmest objects until I stack for a while.  You may also have to enhance the stack by adjusting the low and mid levels of the histogram.  This is done to take out sky glow, and brighten darker parts of the image.  It's hard to describe the process in words, but it involves moving the low level to the point where the curve starts "uphill" and moving the mid level progressively closer to the "peak", but always on the downhill side of the curve.

In summary, start with something that you know is in the field of view.  Get a feel for exposure times.  And learn how to use the histogram.  Starting with easier targets will pay off when you go for the dim, deep targets.

Good advice in the above posts. For DSOs with that camera you are probably going to want to use MallincamSky, the EAA software for Mallin cameras, which Mallin supports. Plenty of info including guides and manuals on their website.

I have the same camera - a DS10c.  The sensitivity of this camera becomes much greater if you use 2x2 binning.  As Errol mentioned above, you should be using the free Mallincam Sky software downloadable from their site. Choose 2 and additive under the binning selection in the software.

Here are some things to try:

The two most important controls to learn as a beginner are exposure and gain.  With a big scope like yours, especially with 2x2 binning enabled, you should be able to get objects to display on your screen with very short exposures.  There are two modes for exposures: video and trigger mode.  Video mode will allow exposures up to 5 seconds and will automatically loop continuously.  I suggest that you start with video mode when centered on a target and mess with the exposure and gain sliders.  Don’t be afraid to crank them up to the top.  Worst case, you’ll get a white screen.

Mallincam Sky also has a live stacking feature.  You may want to employ this at the same time.  Using additive stacking will continually increase the brightness of the object.  Averaging will reduce noise and improve image quality.  To see the objects initially, start with additive stacking.  Once you’ve found an acceptable gain setting without stacking, though, switch to averaging.

Also in the stacking section of the software is a selection ‘align frames’. This will compensate in software for field rotation using alignment stars so that you can take longer exposures with an alt az setup.

This much should get you started.  As should be obvious, there’s a lot to learn here.  I’ve been at this a while and am still no expert.

I’ve attached an unprocessed snap of NGC 4565 that I took with my 9.25 Edge HD.  Exposure time was 1327 milliseconds and gain was set at 41.  And this from my light polluted front yard. Note that I am using reducers for a focal ratio around F3.5

Many thanks. This is the kind of information I was looking for.