How will you set up a proper IPD range to make them useful as a bino?  You won't get your eyes lined up behind two 90mm Maks set side by side; you'll have to work that out.

Sell one C90 and buy a binoviewer. If you want more light from a Mak, buy a larger one. 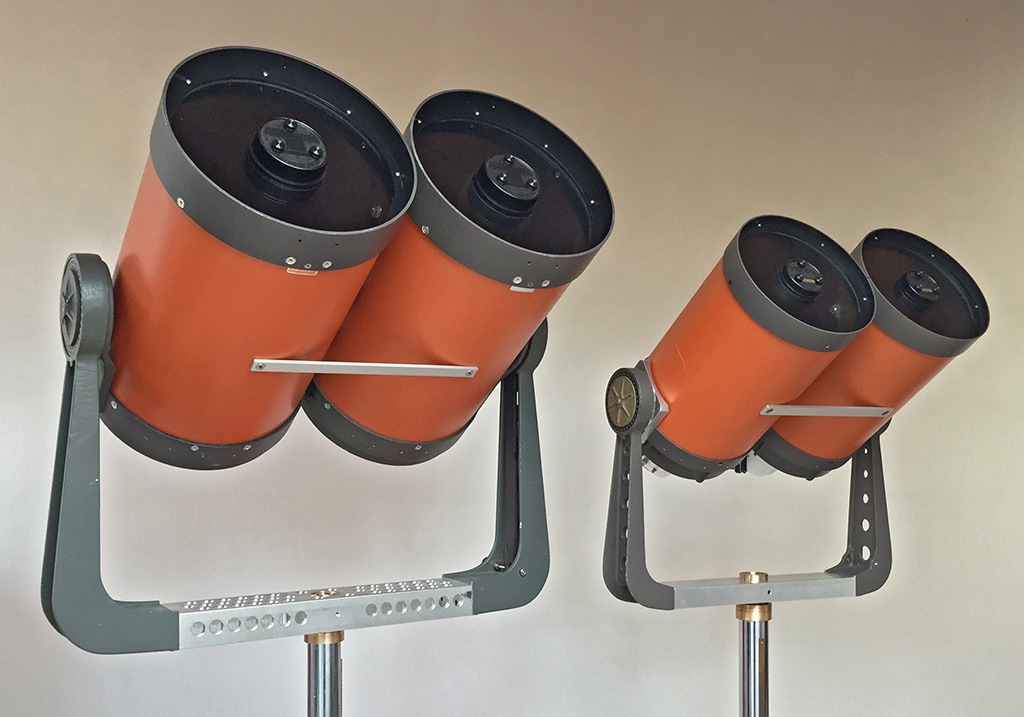 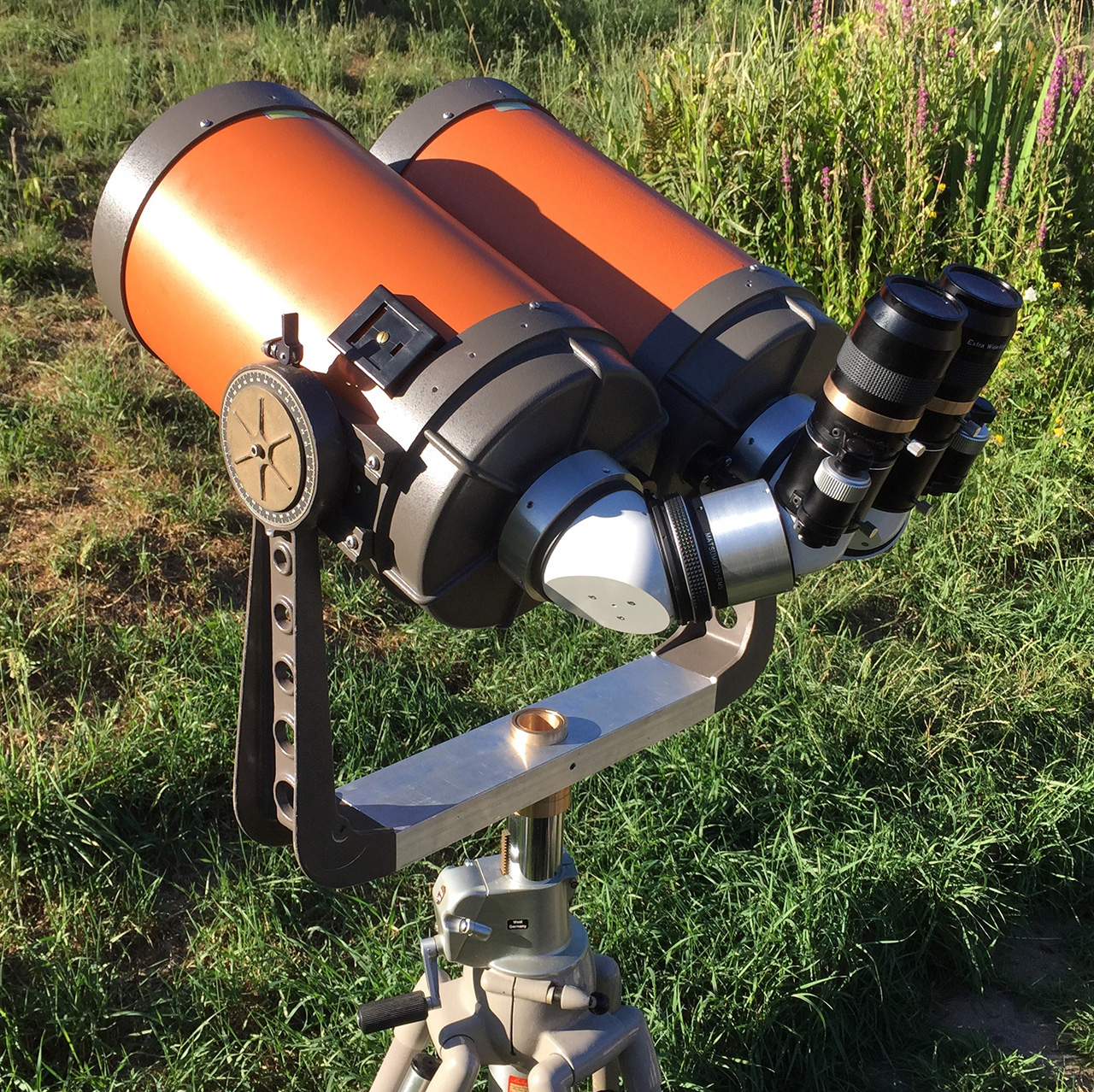 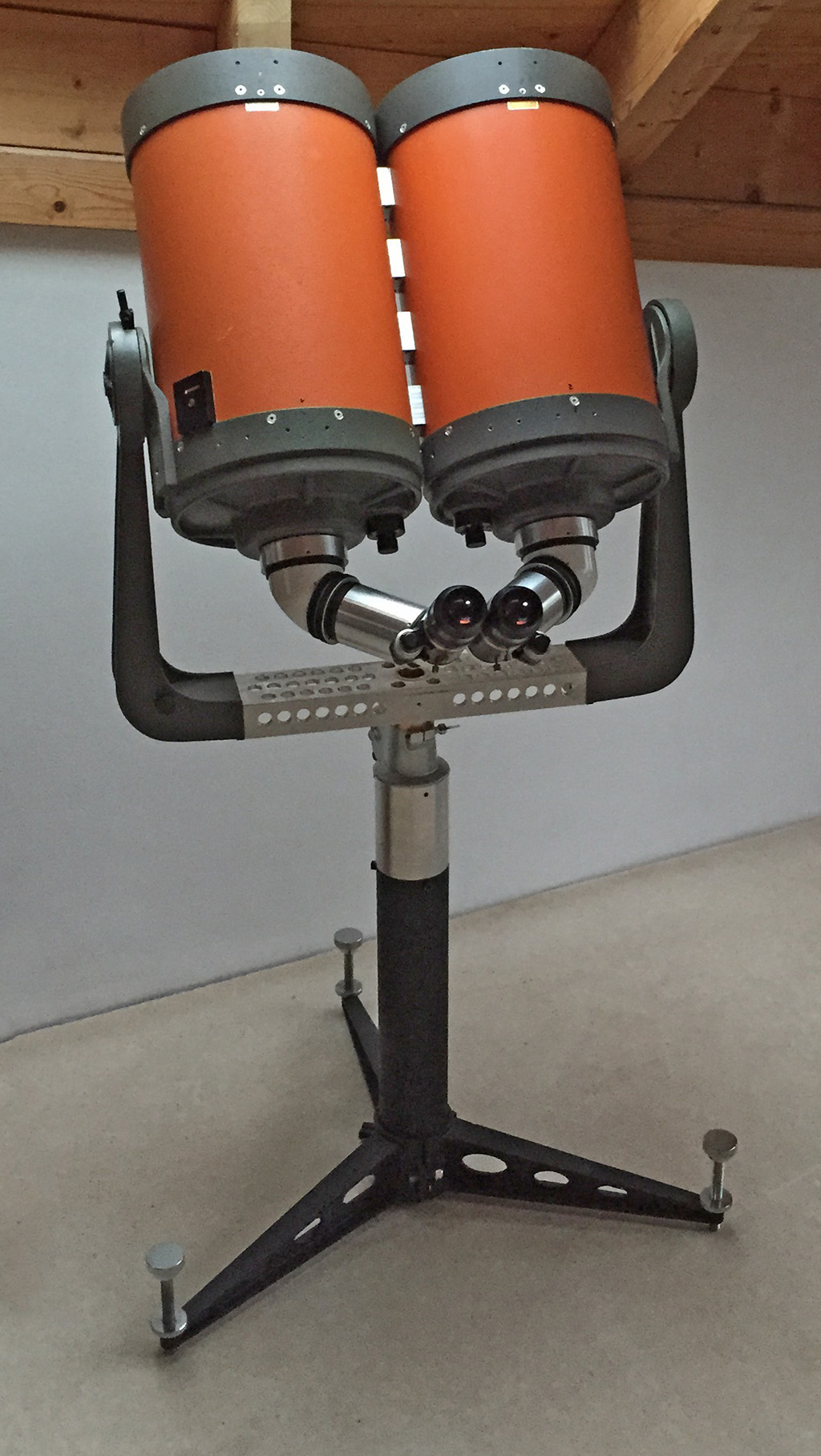 Nice idea, but Rich is giving you the clue.

What if instead of two C90s you take two simple Newtons?

One you place on your left shoulder and the other on your right, then add a few diagonals and you have a stool newtonian binoculars that nobody has.

The main selling points of binocular telescopes are low magnification, wide field, large exit pupils. C90 will not support any of that.

The one thing the OP would get by using two C90s would be doubling the light gathering.

A pair of C90s roughly equals one 5" Mak in light gathering by area of circle math.  5" Maks are nearly the same in cost as a 6" SCT, and to that end I personally sold an Orion Apex 127 and replaced it with a C6, never looked back.  The C6 goes deeper and doesn't give up anything in sharpness.

So, as a cool project, I a thousand percent support people doing something different.  As a "what gets me to the same place" question, Get a 5" Mak or 6" SCT and a binoviewer.

I won't say to sell both C90s if you already own two, small telescopes have their uses and there's no excuse to be without a telescope when you have something as compact as a C90.


Also tagged with one or more of these keywords: Binoculars, Celestron, Collimation, Equipment