HI all! I'd like to share two photos. They were taken a few years ago, before the pandemy, before my camera broke down (repaired already) and when I used to have more time. Now I have processed them.

The first is this two-plane mosaic of northern Cygnus: 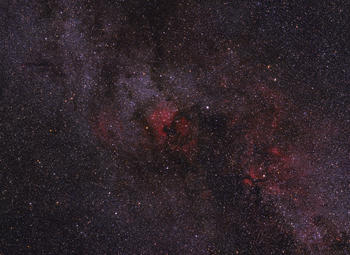 Here you will  find the image in a higher resolution.

Each of the tiles of the mosaic were taken with the Pentax 67 200mm SMC lens at f/5.6. They were 65 min exposures taken on the Kodak E200 film expired in 2011. Small parts of the image, where actual data were missing, were filled by the "content aware fill" function of Photoshop.

The other image captures the star cloud in Cepheus. 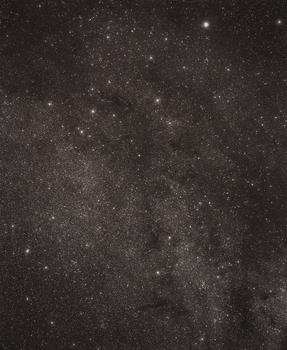 It was taken on the Fuji Acros 100 film with the same lens. Exposure time 60min. The halos around stars were caused by clouds. I added a bit of brown tint and vignetting in the image because I like it

Nice work!  Did you push the film in development?

Always impressed with your film images.

Always good to see your images..

Excellent!  The Pentax 67 is one of my favorite cameras, along with the 645.  Unfortunately, I have never owned one of either.