That was always the problem. An outstanding ETX90 could give a Questar a run for its money. But it could never really take complete advantage of those optics because of that mount.

My used U.S.A. ETX90 came with a broken mount. And I had to remove the off-center baffle... or whatever it’s called.

By the eyeball, the coatings and glass look fantastic.

I still haven’t used it yet because I don’t have a quick release plate for my tiny photo mount yet. Hoping it’s half as good as advertised for lunar and planets. Not sure the mount I will put it on for grab and go will be stable enough for over 200x though.

Thursday night, I used my ETX90 to split some double stars. The double-double was nicely resolved into its component stars at 129x and 208x with textbook airey disks under average seeing conditions.

ETXs, in all the sizes, have been our most gifted scopes - folks have just liked them easily, enjoyed them immensely. Real shame to see them end, but everything has it's time. S'pose I should go hunt a few more down.

It's just possible that a new and improved generation of ETX is on the way with Orion in charge.  I've always heard that the ETX line was profitable for Meade, even though some folks want all metal gears, better electronics, etc.

...and at the same price point.

One of my treasures is an ETX-105... the middle child of the ETX line.

I have also enjoyed the backpack versions of the ETX. They make really nice grab'n go scopes and we usually bring one with us on vacation. I scored one of the backpacks and used it for an ETX-90 Observer that I pieced together from parts.

I finally tried out my purple U.S.A. ETX90 the other night. Had to mount it on top of my Bogen 3050, which made the balance a little funky. Probably would work better if I’d put the quick release plate in the back hole instead of the front. I’m thinking of making an L-bracket to put it on my SLT. 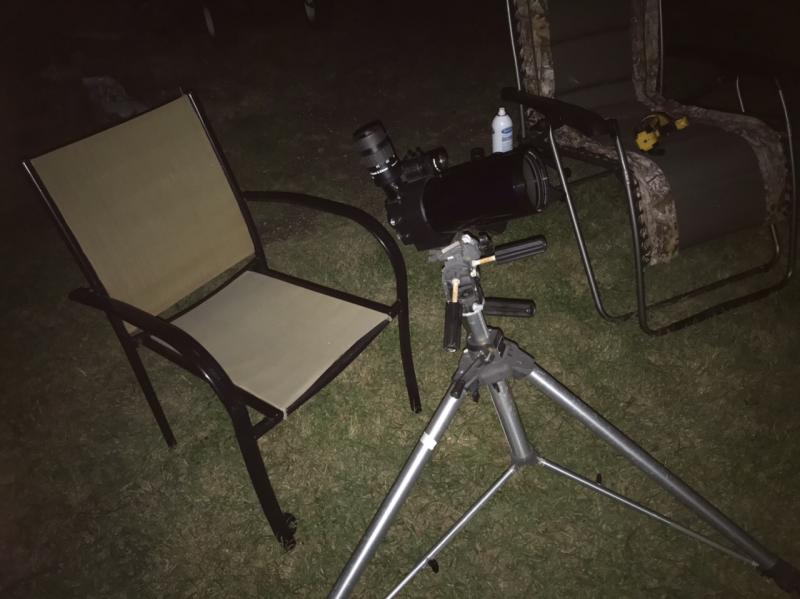 I had previously removed the sagging baffle from the meniscus, and all seemed well. Collimation was spot on.

Anyway, I just went out with the Baader 8-24 zoom in it. And it seemed to cover the range that I needed pretty well. Easy enough to zoom out and find stuff. The scope is pretty easy to point.

Image was good on Jupiter and Saturn up to the 156x that I had available. Next time I’ll take my 5mm LET out and give it a little more gas.

So far, I like it better than my F/11 C90, which needs a tweak on collimation. And I’m kinda digging the built in eyepiece holder.

But the finder is pretty useless, and prevents the zoom eyepiece from being fully inserted. So maybe I was a little above 156x ?

Still I’d like to try a bit more power. Details on Jupiter don’t match my 6 inch achro at similar power. And no real hint of the Cassini. The terminator of the Moon is also ho-hum at 156x after seeing it at well over double that.

Maybe ho-hum is a little too harsh. I really love how small and easy to use the scope is. I think a C5 is in my future for the biggest little scope. But I’ll probably hang onto the ETX anyway.

I removed the 5x21 finder that came with my ETX90 and replaced it with a Rigel Quickfinder. Now finding objects is much easier!! No problems with inserting and removing 1.25" eyepieces of any type. I'm extremely happy with the lunar, planetary and double star performance of this little Mak which after five decades of observing and many iterations of telescope, is now my last remaining instrument.

I added a Vixen finder bracket to all of my ETX Maks so that I have the option of adding a 30mm RACI finder. Plan-B; Sky Safari via SkyFi.

I observed Jupiter and Saturn at 129x, 208x and 258x with my ETX90 Tuesday morning and both of the gas giants were tack sharp at all magnifications!! An incredible sight to behold!! This little Maksutov is truly incredible!!!

I owned two ETX-90´s in the past years. the first one was good, but i sold it as i wanted to try other scopes and fund other projects. i regretted the sale and i bought a second one for 100 usd, with blemishes in the OTA and a slight moved secondary, so, when i tested it i had no expectations about the quality, but i quickly ate my words when that small beaten ETX surpassed the quality of my first ETX. It showed an amazing sharp crescent of Venus, crisp Moon views and despite the low position of Jupiter and Saturn at that time, i enjoyed planetary views, With the filter, i had also nice solar views.

Of course it was hard to use the finders, so i replaced them with red dot and ultimately with a decent 6x30 RACI.  After some time, i sold it to fund a Zeiss scope.

The humble ETX90 was my dream scope while reading ads in S&T in the late 90´s.  I have tried several Orion and Syntas, but they do not convince me. Maybe i should get the third and last ETX for those travels with limited space... 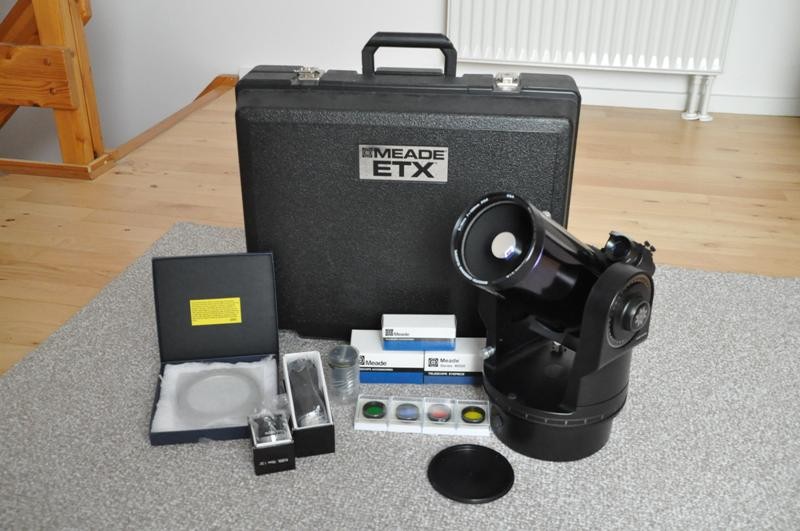 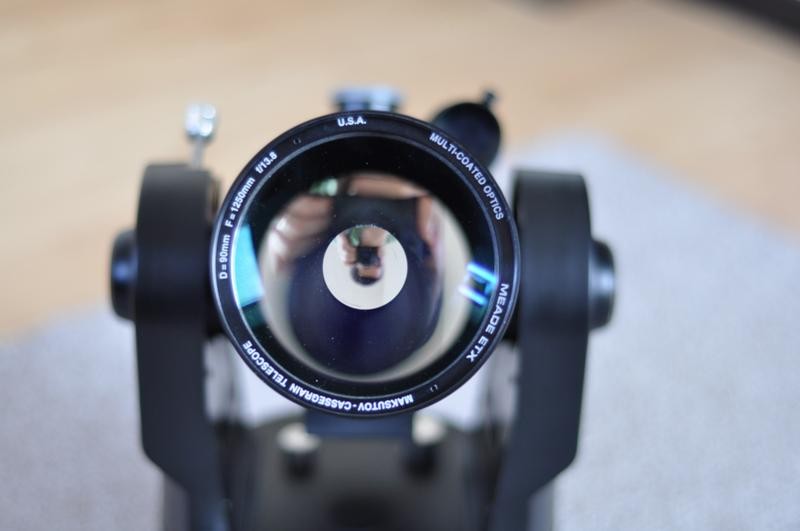 I bought an ETX90 RA new and still have it and still use it. Optics are excellent and I have used it on Mars during breaks at work when I otherwise would not have been able to observe at all.

The only problem that I have had with an ETX-90 was that it ran out of light before it ran out of resolution. I fixed that problem by picking up an ETX-125.

I once did a side by side comparison of my ETX-125 and an 8” SCT since I bought the ETX as a visual companion to the SCT which was often tied up imaging. Of course the 8” won, but the ETX held its own very well. Both resolved tight double stars all the way down to their theoretical limits. The ETX-125 continues to serve me well as a visual-only scope. It packs a lot of scope into a small package.

Weasner's Mighty ETX site was the go to place for all ETX info.  I see it is still up.

One thing that surprised me about Jupiter & Saturn viewing with the ETX90 was how bright they were, even at 258x!! If I would have had a light yellow filter with me at the time, I would have used it!!

Off topic, but why did you sell your Tak 76 DCU?