After getting a second "clear" night, I was able to overcome the last of my mount alignment problems and get down to live stacking.  In a hazy sky with 2 easily visible stars (Arcturus, Vega), 2 visible stars (Deneb, Alkaid), and 3 stars I could occasionally make out in the corner of my eye (Polaris, the star in the handle next to Alkaid, and some random star about halfway down to the western horizon I have no name for), I was able to successfully align in synscan pro, plate solve and sync in sharpcap, and select and slew objects in stellarium, then verified that I had good stars out to 30 sec exposures.

So I first tried to get M13 which happened to be almost exactly overhead.  It turns out the mount didn't like trying to track that and I had pretty good star trails at 10 seconds.  Maybe guiding would be better for trying to capture near zenith...

So I went for M92 next, and that was successful: 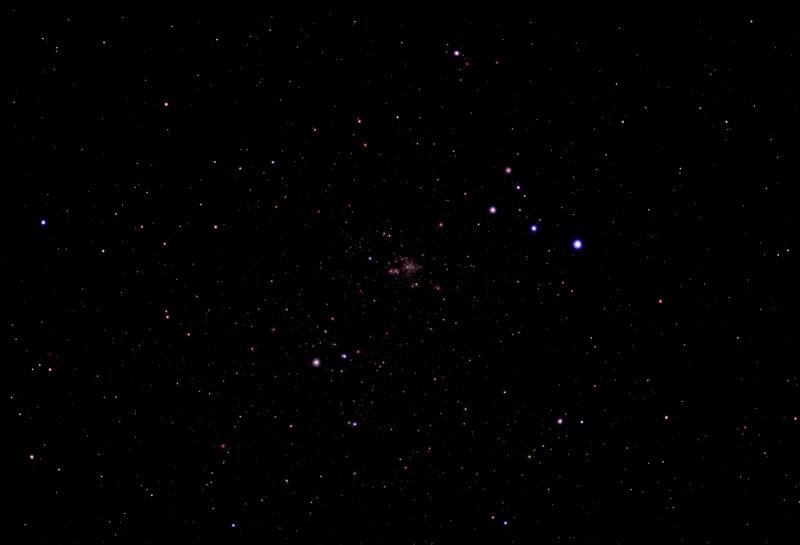 I wanted to try for a galaxy, so M51 was next up.  This was about 10 degrees above a very bright street light across the street, but I was still able to get some detail in 5 minutes, although my histo stretch apparently left something to be desired since it looks like the details disappeared again: 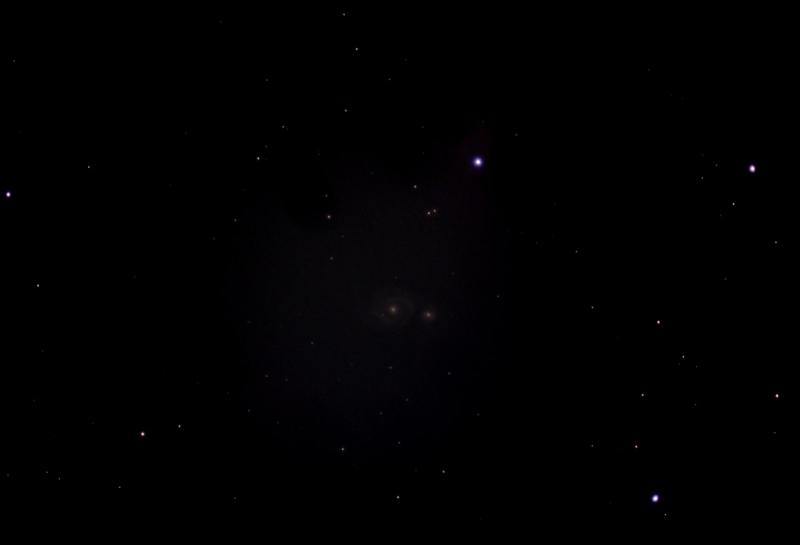 For the finale, I wanted to go for a long shot in those skies and grab a nebula: NGC 6543.  I managed to pick out quite a few stars in the 20 minutes of exposures...and that was about it. 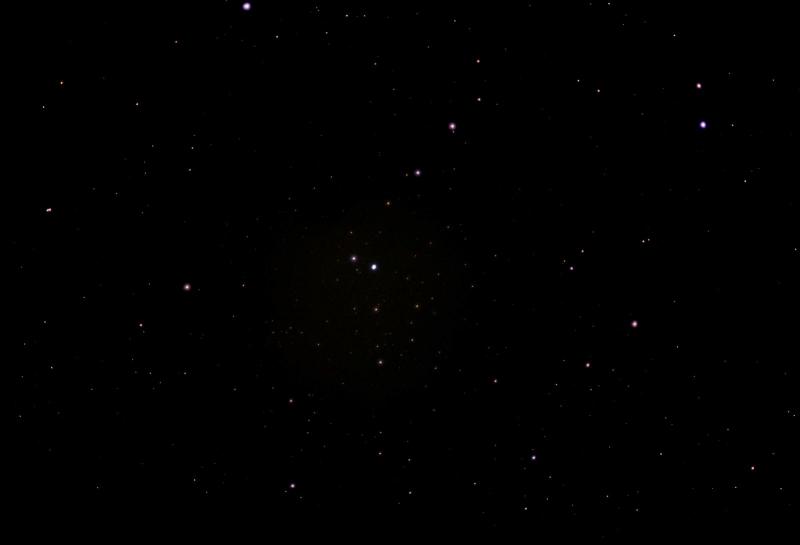 I heard about EAA about 7-8 months ago and have been slowly doing research and collecting equipment since, with my starting gear composed solely of a (collectible) Meade Infinity 90mm kit (I had an eyebrow raising moment the other day when I realized that the ratio of OTA cost to other equipment cost is somewhere in the 3% range if everything was bought new...) and an AWB OneSky.

All in all, happy it works, and considering it was through a budget 90mm acro in a sky with ~7 visible stars and no experience in live stacking technique I am satisfied with how things turned out, and it feels about as exciting as when I managed to star hop to my first DSO with the AWB last fall.  Maybe a touch more-so since I know there is a lot more potential down this route that doesn't necessarily require big trips to remote spots or big scopes.  And I don't have to beat my head against a wall in post-processing (unless I want to!).

What camera were you using for these captures?

Are you viewing in alt-az mode or equatorial mode?

Equatorial mode - things work much better with decent polar alignment on your mount.  10 second exposures should not cause any problems .. even if misaligned by half a degree.

I have not tried any EAA in alt-az mode yet, so cannot comment on how well it would work.