Thanks to CN User Stevegeo!

A few weeks ago I posted a question here asking about the correct size for screws for the Meade 2080LX.  When I picked the scope up the owner told me he had lost one of the screws and had some masking tape covering the screw hole to prevent dust from getting inside.  The owner also gave me a Rigel Quickfinder that he said was given to him, but he never mounted it on the scope.

Well, the first thing I did was replace the masking tape with some blue painters tape - it's not Meade blue, but at least it was blue, and in the process I cleaned up the old goo that the masking tape left on the scope.  That's about when I posted the question asking for the correct screw size and CN user Stevegeo offered to send me some screws he had that might fit - a "Whitman sampler pack" of screws as he put it!

That was really kind of him to do, and, as it turned out, one of them did fit with just enough length to mount the Rigel Quickfinder base to the screw hole.  Users like Stevegeo that are willing to go above and beyond to help out members of this forum are what make it the great place that it is.  Thanks again Steve! 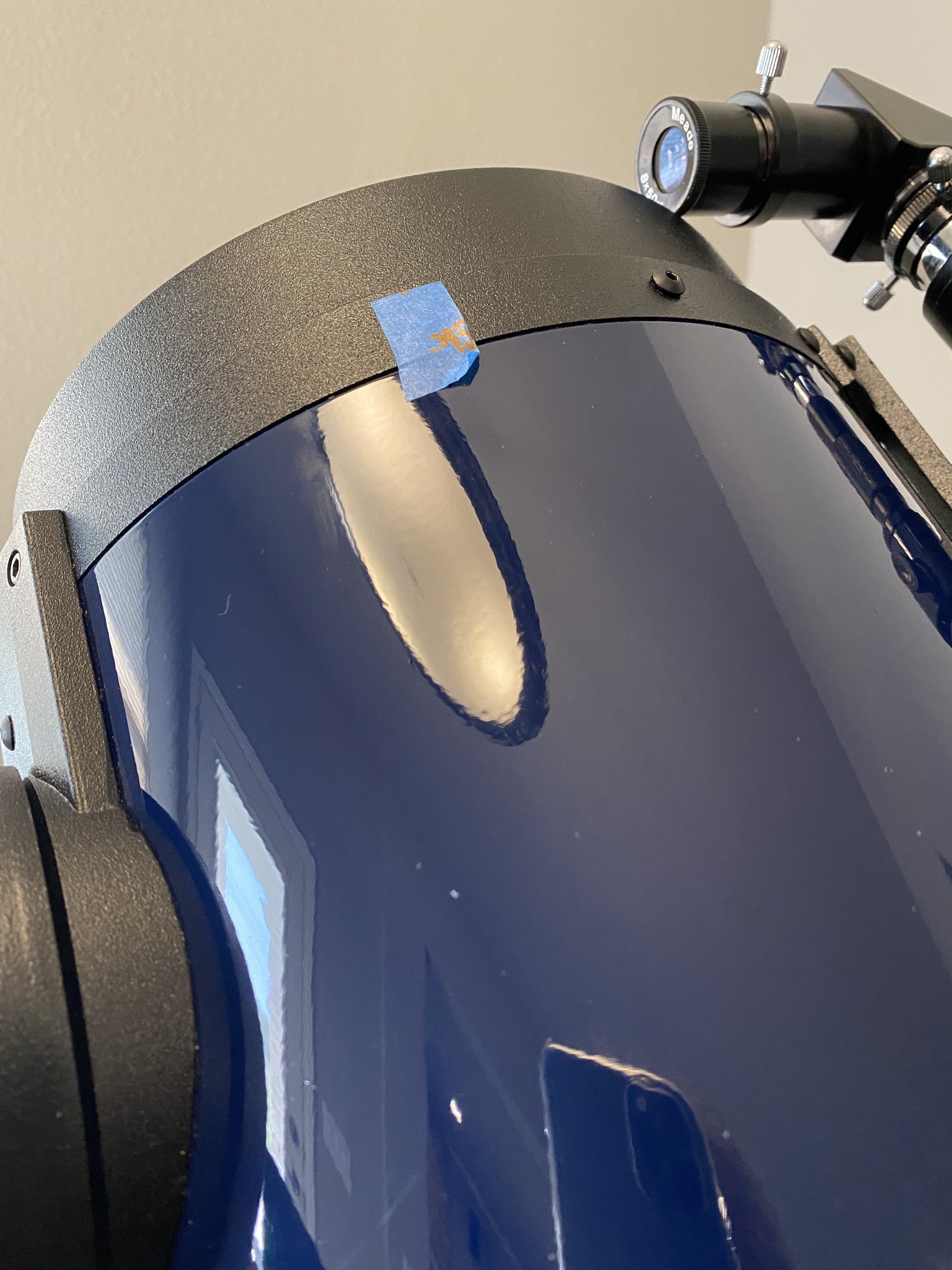 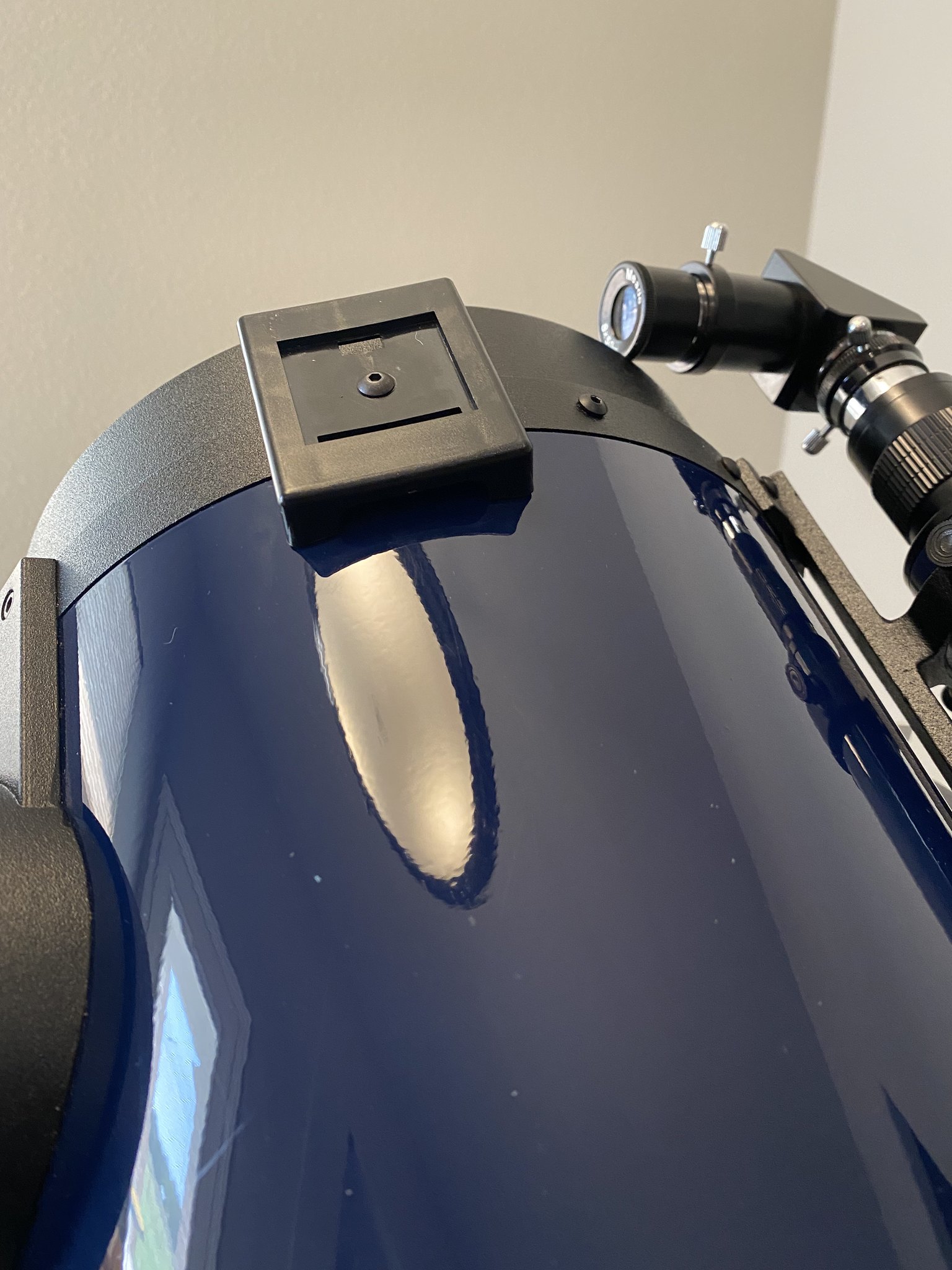 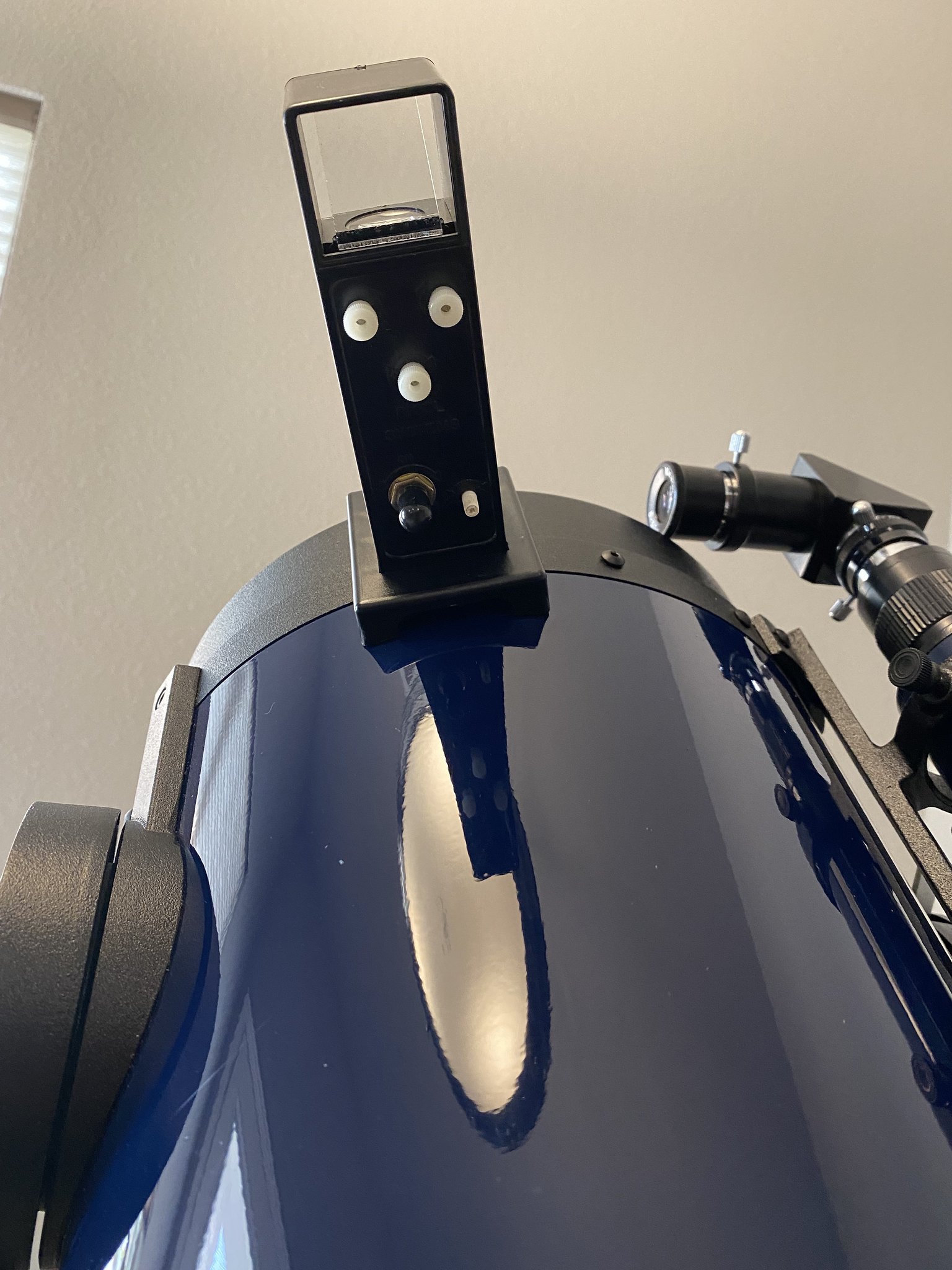 Hope it serves as you well ..