Am I right in thinking I could see M51 by eye this past weekend?

So, on Saturday I found myself walking up Cader Idris in Wales at 1am. The moon had gone by then and in between bouts of thinking I was going to keel over from the effort I was taking to summit, my friend and I stared incredulously at the stars.

Knowing exactly where M51 is I stared at that spot and would have put money that o could see a very faint dot there.

Was I imagining it? The sky was dry and very clear that night.

I also almost broke my back falling straight backwards onto big rocks, but that's another story...

Sent from my WP5 using Tapatalk

If you can identify the pattern with all of these visually detected, along with the 5.9 mag that is readily seen somewhat beyond, and still detect something in the position of M51 relative to them, then you would have it.  It is a tall order.

That's 8.4 magnitude.diffuse, tougher than an 8.4 star. But who knows, if everything was just right...

I think it was your imagination. Magnitude 8 is well below the naked eye cutoff for most people even for a point source, and M51 is a diffuse object with rather low surface brightness. Even in my 10" scope it's not super bright.

I wouldn't have thought it is accessible naked-eye. But I can report that, as a sessile, ancient lifeform observing under a miserable 5m2 sky, I find it possible to see both M 51 and NGC 5195 clearly enough in handheld 10x56 binoculars. Perhaps an active, youthful body invigorated by a mountain climb under a mag7 sky can do great things?

Thanks for the replies everyone, The conditions were amazing, but certainly not perfect. And we were only sitting in the dark for 10 mins after turning our head torches off.

I did think it must have been my imaginiation. Thanks all

If you were completely dark adapted, and had pupils like owl's eyes, you might just nail it !!!! 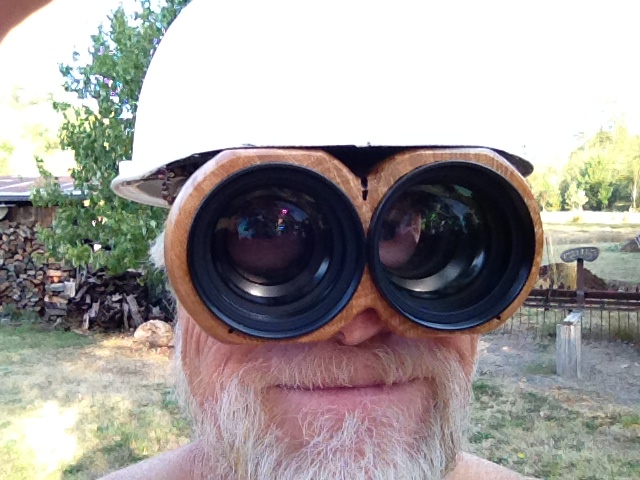 Sorry I’m late to the party. I know you’ve established that it wasn’t M51 that you saw, but if you did see a faint fuzzy patch, what might it have been?

Re: the claim for M51: I immediately suspected that it was not the case, primarily because I was fairly certain (even without checking) that it may not have been fully dark. Sure enough, see this for Swansea:

Note how the section “Twi A” (astronomical twilight ending) is “light” - meaning that it never became fully dark that night. With the mountain being even farther north, the sky would have been even lighter

When making a claim of seeing a very faint object (and that’s totally fine to do so), it’s best to back it up with more evidence. If there is ANY chance of seeing M51 naked eye, it’s most likely to be done from a high altitude, gray or black zone sky with full darkness (no twilight) no moon, no local light pollution, exceptional transparency, likely exceptional seeing and several hours of dark adaptation. The sky will have an overwhelming amount of faint stars sprinkled like sugar grains in between the bright and moderately bright stars. The Milky Way will be a glowing river of light with sharp dark lanes from horizon to horizon. The zodiacal light would be an enormous cone shaped glow in the west or east (evening or morning), and the zodiacal band will be visible to the opposite horizon.

Also, even with all of that, M51 would probably take many minutes to see, meaning that it would only pop into your vision as a small fuzzy patch less than 10% of the time, using full concentration and averted vision from different corners of your eyes. Also, likely wearing very dark sunglasses for a full day leading into that night, and maybe an eyepatch over one eye for a few hours and removing it only as it became fully dark.

If you do have a goal of seeing M51 naked eye, try other faint targets first and go from there:

M31 should be very easy as long as your sky is reasonably dark, but the challenge is to see it as an extended object. Can you see it extend 3 degrees (or maybe more) with the naked eye?

M33: more difficult to see with the naked eye, but very possible. Can you see it as an extended object, possibly up to 1 degree across? (Moon is 1/2 degree by comparison)

M81: now we’re getting more challenging to see this with the naked eye at all. Conditions don’t necessarily need to be pristine, but rather good. See this post by Brian Skiff on how: http://www.messier.s...pp/m81naked.txt

M27: a planetary nebula, but still very faint, perhaps even more difficult than M81 (but it has been done)

Since M81 and M51 are fairly close in the sky, you could try for M81 first (if you’re ever experiencing a sky like the one described, and if you see M81 rather easily)

If you practice seeing these other objects, as described above, that will help you in looking for even fainter targets.

If you ever think you may have seen one of these objects, back up your claim with evidence, using the quality of the sky.

Although, even with all of that, M51 is VERY doubtful as a naked eye object.

There is a triangle of 7th magnitude stars less than 1 degree away from M51. These would have to be rather easily visible with the naked eye.

At the darkest part of the night (which still would not have been fully dark), M51 would have been about 30-35 degrees up in the Northwest. Is that where you were looking?

There are no other astronomical objects that would be naked eye visible and in that part of the sky.

Maybe a regular cloud or a noctilucent cloud? Perhaps, but those would be larger anyway (even the smallest ones), and there would likely be more of them anyway

So, on Saturday I found myself walking up Cader Idris in Wales at 1am, my friend and I stared incredulously at the stars.

I love this part of Wales (great bunk house in Corris) but astonished to read you saw some stars!

It’s such a lovely place with dark skies but always cloudy and wet when I visit.