Well, more so than it has been for awhile.

I grabbed a few quick videos this morning. Threw the best of what I had (the third one, actually) into AutoStakkert and ... nothing! The analyze button was not active ... grayed out. And version three wasn't opening.  A day or so ago I downloaded AutoStakkert 3 and installed it, but  I still had AutoStakkert 2.6.8 installed. So when I clicked on my third video that version opened it. So i manually went to version three and opened it there. The analyze button was visible, but pressing it resulted in nothing ... no graph ... just an x. And I couldn't delete either version ... not with my Remove or Add program utility. Ended up deleting the file folders for both versions 3 and 2.6.8 and unzipped the 2.6.8 version again which I still had in my download file. Tried the third video again ... same result. Nothing.

So about that time I woke up and decided to try another of the other videos I had downloaded. It worked. Then I tried another one or two. One of them did. One didn't. Guess the two that didn't must have been corrupted some way. Anyway, a very frustrating morning! 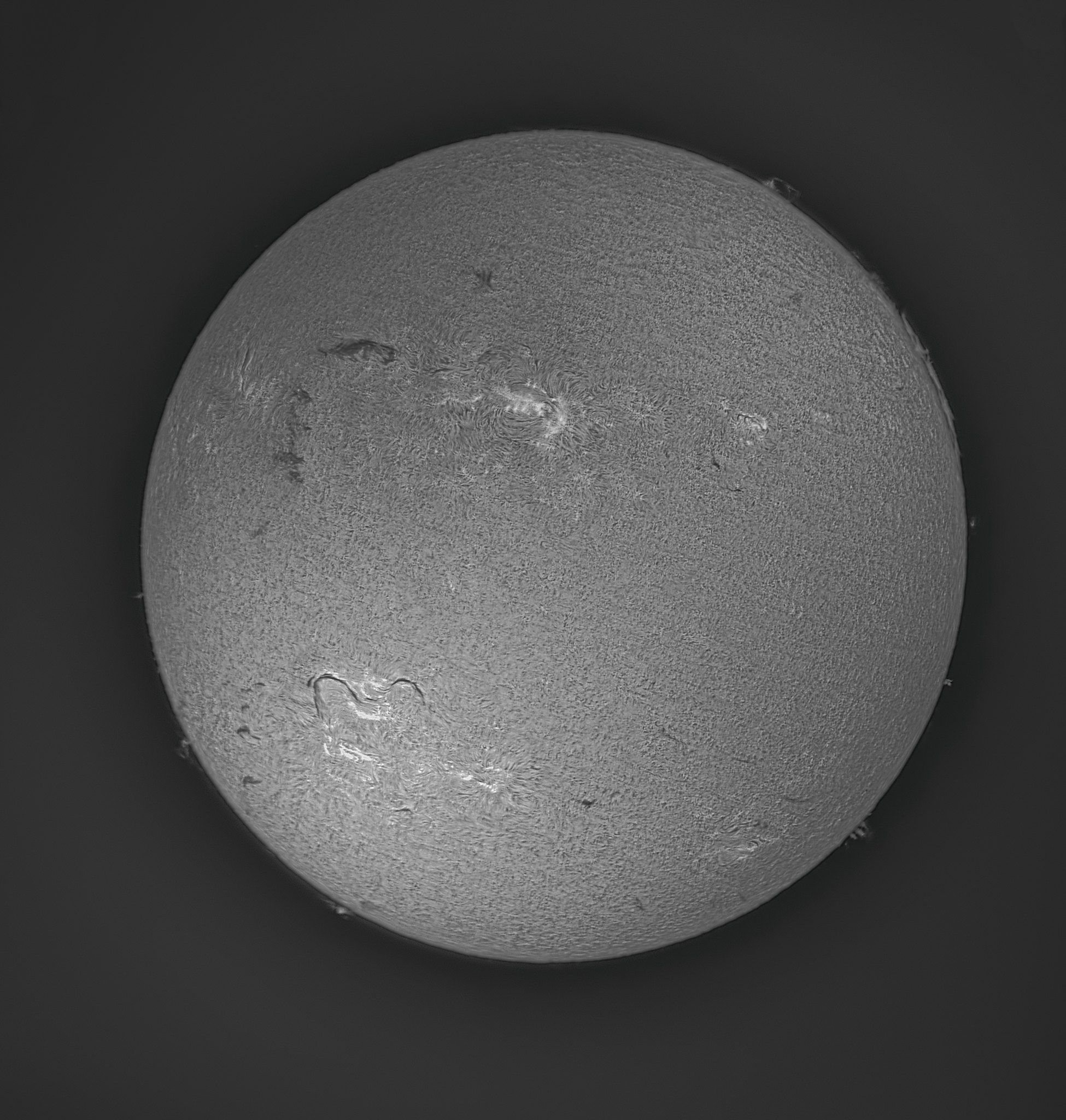 An Active Day On Our Sun by Zircon_215, on Flickr

Wow so much going on lately. I have had nothing but solid white/cloudy skies for  most of a week now.

It's been exactly like that here for the past five or six days, Dave. And rain with it!

I always check the first image on this site before setting up my scope ... just to see if it's worthwhile or not. This morning it certainly seemed as if it wouldn't be a waste of time. Check it out.

Haven’t seen that much activity on a disk in a long time, nice shot!