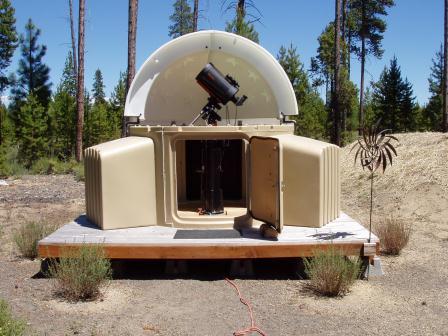 Hi you all.  Is anyone out there using one of these?   If so, what is your overall impression. What mount is it on?  Overall quality?  Cool down time?  Are you using an upgraded focuser like a Moonlight?

I had this scope; it was my first astrophotography scope in addition to the usual 80mm refractor starter scope.

I liked the Orion a lot but I'll be 70 next month, and since I didn't have a permanent setup, I was forever putting the scope in and out of my van and up and off my mount. It was hurting my back, so I sold it and got a substantially lighter Tak refractor with 900 mm focal length.  With rings, focuser and Losmandy + Vixen plates (both necessary for rigidity IMO, the Losmandy below and the Vixen up top) the 190MN is about 30 lbs.  But for the weight, I would still own it and may not have purchased the Tak.  (I say "may not" because Takitis is a serious disease with no known cure.)

I had this scope up on a Losmandy GM811G mount.  The mount is awaiting repair due to its having been damaged in an incident involving a dust devil in SW New Mexico, but the 190MN played well with the Losmandy mount once I got the Losmandy plate for the scope.  I had the Moonlite focuser on the scope, which worked well; the stock focuser is of insufficient quality for astrophotography IMO, so plan on spending the money for the Moonlite.  Don't believe what you may read about the difficulty of installing the Moonlite; it was a piece of cake.  An Astrozap or equivalent is a necessity, dew or no dew, to stop stray light from hitting the corrector plate.

This scope is equivalent to the Skywatcher 190MN clone, so if you look around for posts pertaining to that scope, they will apply to the Orion MN190 as well.