Seeing wasn't good enough to get anything decent out of Saturn last night. I tried but it was bad.
Didn't even bother trying Jupiter.
So while I was set up I had a practice run on Neptune.
Did a 2 star alignment, then told it to go to Jupiter and Saturn. Both were a little high in the finderscope,
so I went to Neptune and looked in that same high area. There were 2 candidates in that area, the first one was a star
but I was pretty sure the second one was Neptune. It was very faint in the 9x50, I but I could just see it even with
a fairly bright sky from the half moon. On screen I could tell it wasn't a star.
Wasn't sure what settings to use, so I started with Uranus settings from last year and increased the exposure.
Didn't end up with a lot of frames to stack but it was good to see Triton emerge when I stretched the Histogram.
More of a practice session for when conditions are better. 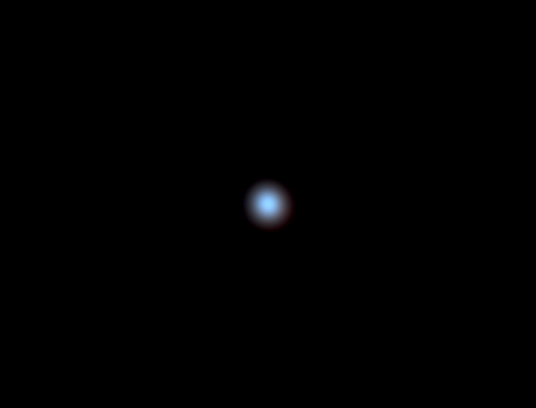 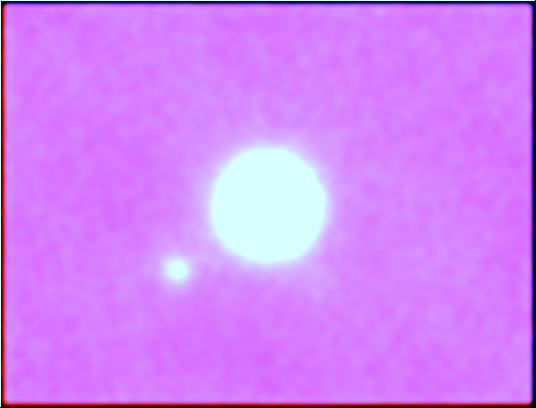 For Neptune, I use a gain of 500 and 50ms shutter speed, compared to my Uranus settings of gain 400/50ms. A bit of sharpening in Registax and you are there!

Umm, 5 mins I think. There’s not much detail there…

Well considering the distance doesn’t look to bad at all.

The practice session came in handy, as I was able to capture Neptune again a couple nights ago when the conditions were much better.
Andrew I used your settings of 500 gain, 50ms exposure and it seemed to work well. I tried both 5 minute and 10 minute videos.
It sure is hard to find, I can only just see it in the finderscope if I turn the illuminated reticle off and let my eyes adjust for a while.
Some results- Neptune at captured size with the same colour adjustments I would use for Saturn and Jupiter: 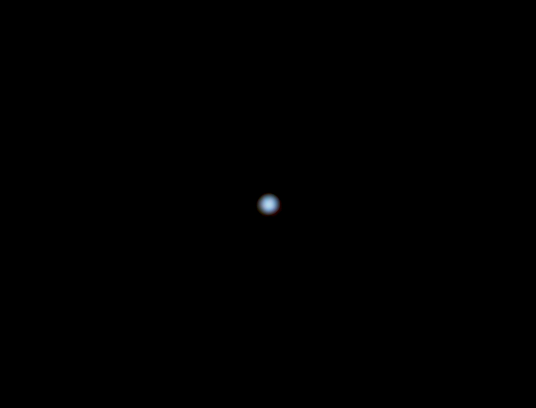 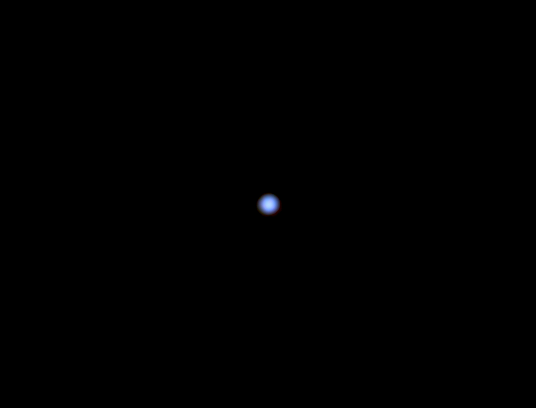 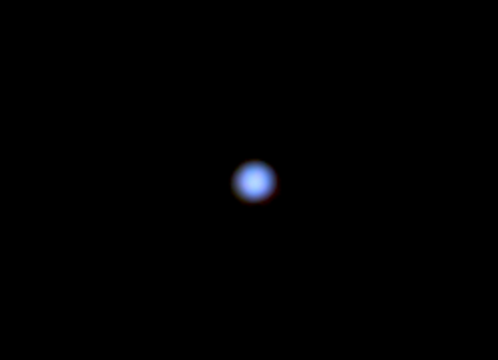 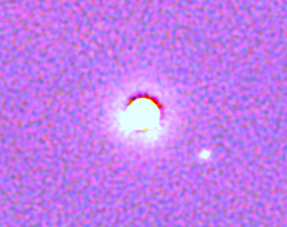 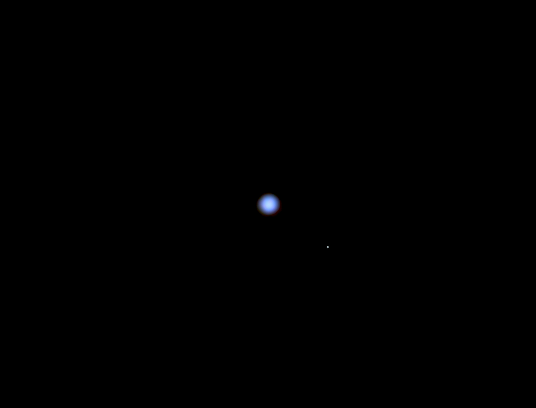 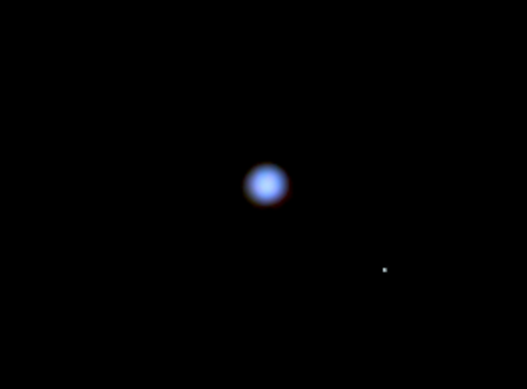 Open to suggestions on how to improve and also what the colour looks like to people with normal colour vision.

Looks good there, however I think you might be oversharpening a bit as the center of the planet looks a bit overexposed? Maybe a little less sharpening and bit more black level control would get you a nice disc?

Thanks, I'll try that. 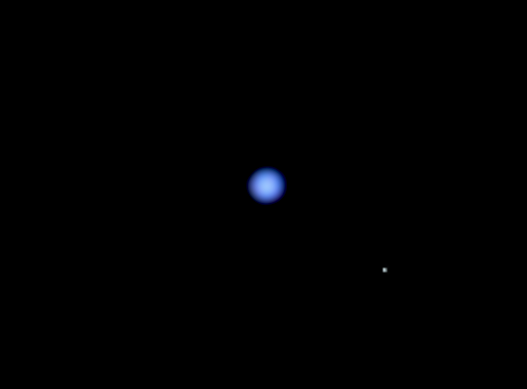