What colour is Mercury? Plus Venus cloud swirls and a composit of four planets- 22nd Sept 2021

Inspired by a friend posting a pleasant sandstone-coloured Mercury on another Forum, I had a go at an RGB Mercury on 22nd September. As I struggled to arrive at a colour balance in processing, I thought, "what would NASA do?" and discovered that they reckon it is in fact grey.  I could have saved myself a lot of trouble by sticking to IR 850.

This session on the 22nd was not as good as my 14th Sept effort.  I have posted an LRGB image with IR850 as the luminance channel.  I also show the methane image for comparison.  The theory is that a small subset of the IR band - the methane band - results in less light scatter and greater resolution, but on balance, I think in future I will stick with the 850 longpass filter as it allows for more light and faster frame rates in the turbulence of a low horizon planet. 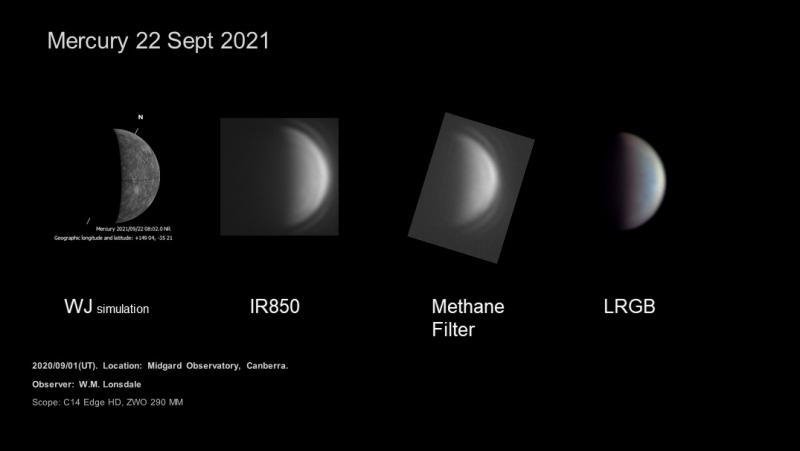 I also imaged Venus after Mercury and was rewarded with some nice swirling cloud patterns in the UV.  I include RGB, UV and false colour (IR as red, G as Green, UV as blue). 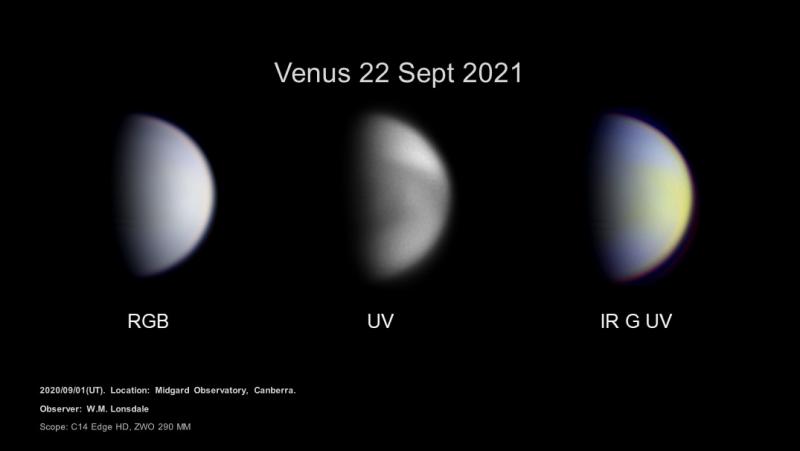 Later on I imaged Jupiter and Saturn but the seeing was not great so I gave up way too early - Ross (Foc) got great results towards 11 pm just round the corner from me. Remember, kids -it is persistence that wins the day in planetary imaging!  Here are the four planets from the 22nd, assembledon the same canvas to the same scale, as if in an eyepiece. 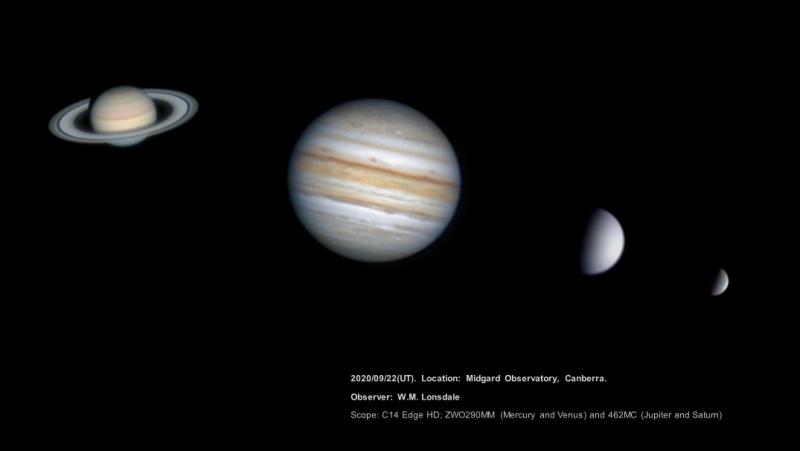 Where is that envy button again?  I am envious with those Venus results!  I gather the IR contribution to the final result for Venus was subtle.  Which UV filter did you use?  An interesting try with the CH4 filter on Mercury even if it did not pan out as you hoped.

A nice well presented grouping of 4 planets in one night!

Hi Ross, thanks very much! The UV filter is a Chroma Bessel one.

I tried tonight with a blue filter,  but even with a top filter I think I would struggle in typical conditions here to get focus refined enough.

What you have is impressive, most people have a respectable 2021 Jupiter but not many (excepting of course the handful of excellent specialists like John, Christophe, and Limpet) have such a nicely clouded Venus from this year.

Did you get much out of the IR?

Inspired by your efforts Mark, I reckon I might finally detected some cloud last night (26 Sept), using the Wratten Blue filter and a IR/UV filter with my C11 and, accidentally, the ZWO 174mm rather than the 290mm.  As is obvious, I am not very good with processing black and white planetary images but even so I think there is faint cloud there!

Well done Ross - it matches my UV image from last night, I think - see below.  You might try a bit more contrast in yours?

No, not getting much out of IR recently - it has all been the UV.

I got a slightly better Jupiter, but still not super-good. 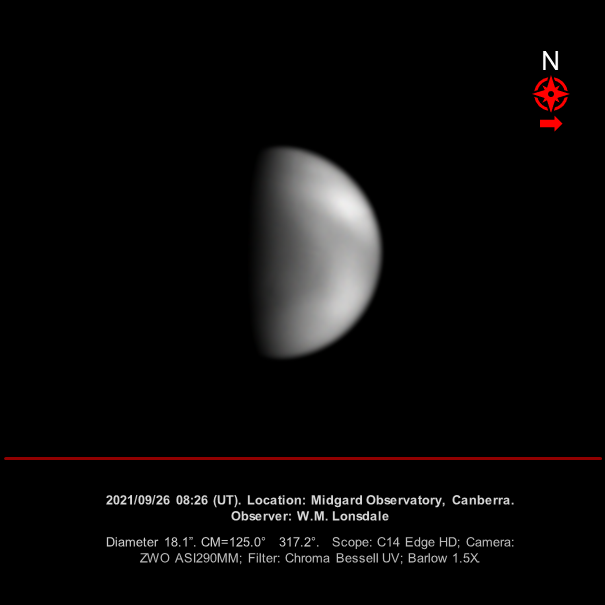 Nice images, Mark! And I love the presentation of all 4 planets together.

Thanks Matt - yes they are always interesting those comparisons aren't they?