OK, I have been mostly just doing EAA but decided to go ahead and process my shots and see if can pull out more detail.

It's a fun target, and a bit challenging from Bortle 7 skies.  (I have similar conditions -- typical suburban environment street/porch lights and big shopping centers nearby).

I'm still a novice at this stuff, but I think you've got better data here than it appears.  163 x 30s should be plenty for bringing out the main features of M57.  I would suggest two things:

(1)  Check your focus.  Your stars seem just a little bit soft.  I have a 102mm Maksutov-Cassegrain, and mine look similar, but that's to be expected for a small scope with a relatively large central obstruction.  Maybe that's as good as you can get, I don't know.  Just seems like an 8" scope should do better than mine.

(2)  The main thing:  You should look for some feature in your software called "photometric color calibration."  You have a heavy blue-purple cast, and that's only because your histogram shows blues considerably brighter than reds and greens.  Here's GIMP's histogram of your image, using a logarithmic scale to spread the color curves out: 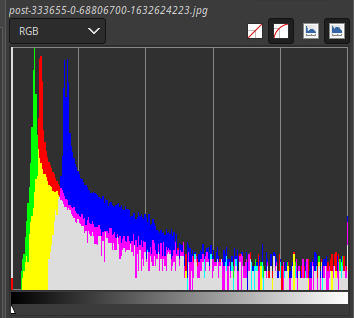 I use Siril, and it has a feature for this calibration, wherein it compares your image with a standardized image on one of several different websites and adjusts your color curves accordingly: 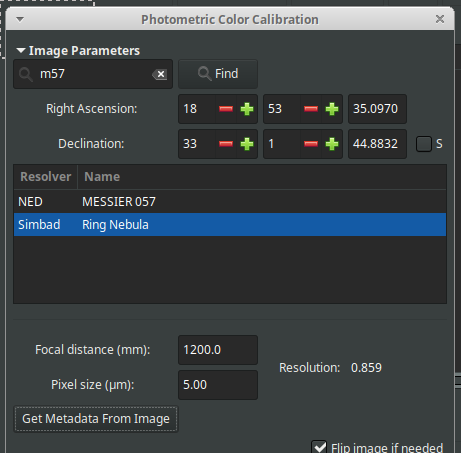 I tend to use the "Simbad" online database, but probably others would work fine too.  I suspect Deep Sky Stacker has a similar feature.  I think once you fix that, you'll be happier with the image.

Looking forward to seeing more!  Thanks for sharing!

EPinNC, Thanks for the feed back, this is the type of information needed to help bring things to the next level.