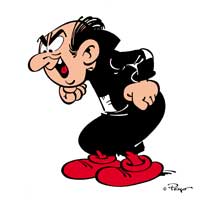 Photographic ballhead used as an alt-az mount for small refractor

Can a high quality photographic ballhead be used as an alt-az mount for a small refractor?...if you use one,I would like to see some photos...I want a very small mount,something like a stellarvue M1V,for a grab & go refractor...a photographic ballhead is much easier to find in my country,that's why I'm asking this...Thanks 😀

I feel using a photographic ballhead is rather difficult and possibly, dangerous with a heavy telescope.

Agree with the previous response. In addition, ballheads even for lightweight lenses are not well suited to tracking objects in the sky; they can be useful if mounted as an additioni to some other mount that has tracking or slow-motion controls, but not so good if it's the only means of moving the scope/lens.

Can a high quality photographic ballhead be used as an alt-az mount for a small refractor?...if you use one,I would like to see some photos...I want a very small mount,something like a stellarvue M1V,for a grab & go refractor...a photographic ballhead is much easier to find in my country,that's why I'm asking this...Thanks

Personally I would not, however if you are on an extremely small budget and already have the bullhead mount and tripod then you can at least experiment.

You might be able to make it work but it would be a balancing act with possible disastrous results. As a photographer, I've used them but you really have to have a good grip on your equipment. Otherwise, the whole rig can topple over depending on how heavy the load is and how sturdy (or not!) your tripod is. I would look for something more like this:

Best of luck to you!

I wouldn't want to use a ball head for manual telescope mounting.  I use them for studio photo work but I would never use them for my telescopes.

I've used a fluid pan head and that works "okay" but even that was problematic because of the shift in the center of gravity as you move toward zenith.  (See photo below.)  It was a pain to 'nudge' in the direction needed.  I could do it but it was a pain in the butt to adjust it effectively and quickly.

I now have a lightweight alt-az head called the Sky Rover 2 inch (like the Stellarvue MC series) that I use on a photo tripod.  No photographic tripod head can operate as fluidly as these do (well...  not in the same price range anway).  My current alt-az head cost less than $200 shipped and it is far better than my fluid pan head.  There really is no comparison.

PS...  I do not yet have a photo of my Sky Rover head on my photo tripod otherwise I would include that here as well.  Maybe I'll add that to my To-Do list for tomorrow...

Ballhead are perfectly fine and safe for telescopes.

Here the links to pictures of some of my setups:

close-up of the same setup https://www.cloudyni...8115_285183.jpg I have placed a second pano unit under the ball's stem to have a sort of "push-to" system. It also improve the smoothness of the azimuth movement, but it is not strictly required. The telescope is perfectly balanced so in normal use the clutches should be fully released, making very easy both to track and to aim the telescope: indeed it is exactly the same as with an astronomical "T-mount" like this one https://www.cloudyni...115_1146247.jpg

The largest telescope I have used with a ballhead is a 4" refractor (Takahashi FC100DF. Indeed for the first couple of weeks I was able to use it only with ballheads because the lack of the Vixen-type dovetail bar for the clamshell prompted me to use an ARCA plate instead), the heaviest is the Intes M500 (over 5kg).

I suggest to get a good ballhead with ARCA-compatible quick-release system (smaller units may have standards such as the Manfrotto's RC2 which is sub-optimal as it offers a very limited freedom to balance. The setup shown on picture 3 uses a RC2 plate) and to replace the Vixen bar with an ARCA one; otherwise it is possible to replace the ballhead's clamp with a Vixen-type one but in my opinion this adds unnecessary weight because both prism rail and clamp are much heavier than their ARCA counterparts.

If prefer to stick with Vixen standard all you have to do is to get a ballhead with 3/8" thread and get a suitably threaded clamp (e.g. Berlebach sells a nice unit).