In this thread I'm going to document my progress on trying to image the Moon rising out of the ocean.

I wanted to give it a go last night, but the timing didn't work out. I did manage to get to the ocean about 20 minutes after moonrise and the view was stunning. No clouds on the horizon, and a lane of glittering gold into the distance up to the Moon.

Since I didn't have my act together in time catch it, I came home and put together the rig I'm planning on using and tested it on the already well-risen Moon, which was at about 20 degrees above the horizon by then. The rig is my SVBONY 60mm guide scope + SV305 planetary camera. You could get this combination used for less than $200*. 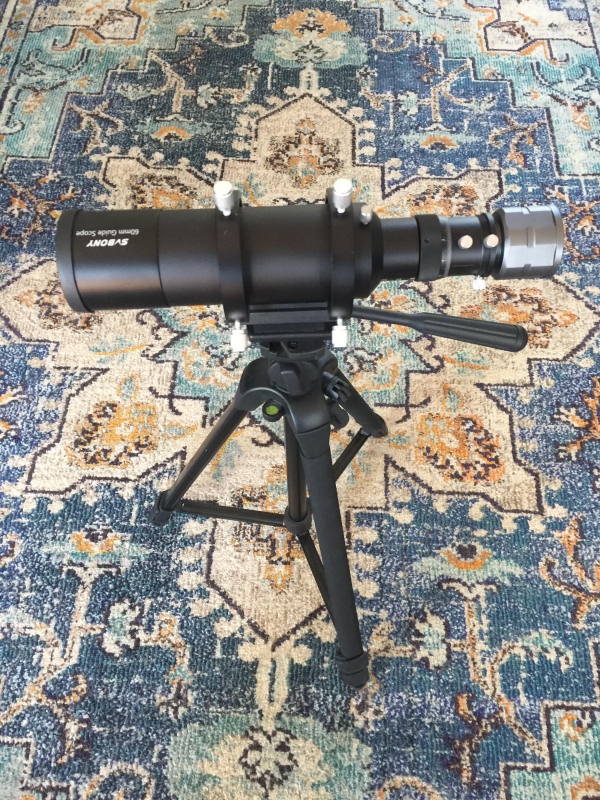 SharpCap was getting a frame rate of about 21.2 fps, which is adequate for my purposes, which is to produce a smooth video of moonrise. I expect too much motion for it to be stackable, but we shall see.

The scope shows a tinge of yellow at the limb, which is not unexpected for an inexpensive fast refractor, but I had cranked the saturation all the way up, which I will not be doing for moonrise, as it will already have plenty of color. There is the question of getting the white balance correct on the way in; this is still an open question. I will be sorting that out today.

Here's the test footage for the moonrise shot: 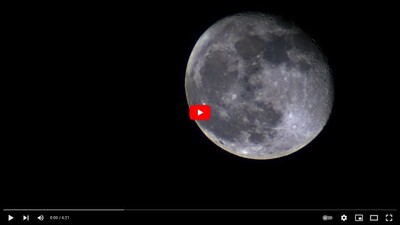 And just for fun, here's a 93% stack at capture resolution: 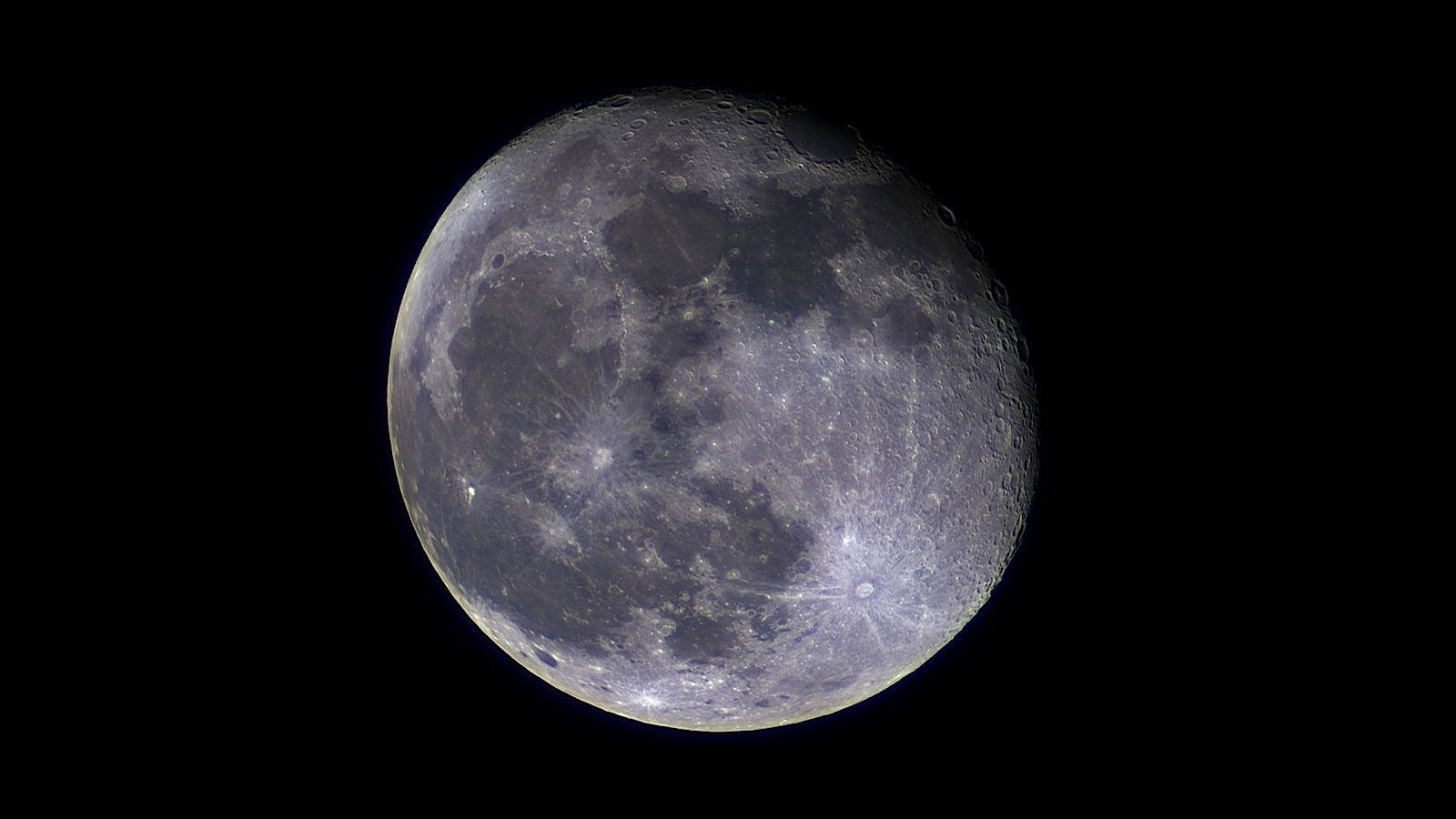 * From what I saw in a thread in EAA the ~$85 SVBONY guide scope produces better looking stars than the Sky-Watcher Evoguide 50 ED, which absolutely shocked me, as the latter sells for $275 and has "matched" ED glass and supposedly doubles as an astrograph.

A detail that I forgot to add is the exposure time. I tested and 3 ms with zero gain seemed perfect. However, at moonrise the view will be through a lot of atmosphere. I want to use all the histogram possible without blowing out the shot, and I suspect that a longer exposure might be better. However, not blowing out the shot will be paramount, and I will only have one shot to get it right on any given evening. Hence my plan for tonight is to stick with 3 ms and see how the histogram turns out. If necessary I can post-process with PIPP to stretch the first video, and I should be able to select a more optimal exposure for future videos.

I saw an interview with Elon Musk where he said that if you aren't blowing up your prototypes, you're not learning as much as you could from them. First attempt to image moonrise was kind of like that.

I got to the beach later than I wanted and was hence scrambling to get set up in time. But I did and had time to set focus on a star. There were no clouds on the horizon, so it was difficult to judge exactly where it would rise, and I missed. I saw a green light from a boat in the distance and that helped me locate the horizon in the dark. I was able to see the red glow of the horizon on screen, so that helped, but left to right it was just too uniform to determine accurately. Have to think about whether there is a way to up my chances short of bringing a GoTo mount to the beach, which I'm not going to do.

A brief digression. Don't try this at home. Wind and sand and salt and optics do not mix. I basically decided I was willing to sacrifice my cheapo 60mm guide scope for this project. When I got home I removed the objective and carefully cleaned it and it looks none the worse for wear, but it's probably only a matter of time.

In any event, I missed. I saw the most perfect orange sliver appear on the horizon but not on the screen. I slewed but could not find it, because it was too dim for the settings I had settled on. I upped the exposure and gain and there it was, blood red on the screen. The sailboat with the green light had sailed directly in front of it. I reflexively clicked "Start Capture" and clicked OK (SharpCap), but because I had been testing a Sony ASCOM driver earlier in the day, it was set to only capture 8 frames. It was enough to get the still shot, but I would have loved to have caught her sailing all the way off of the Moon. I will probably never get a shot like that again in my life. Still, I am over the Moon, so to speak, to have caught it. I'm still giddy this morning.

After that I switched to unlimited capture and caught some footage. It illustrates a big problem with my attempt, as the Moon increases in brightness rapidly as it rises from the horizon. What starts out as well exposed starts blowing out a few tens of seconds later. It takes 2 minutes for the Moon to travel it's own width across the sky. I believe I am probably going to have to shoot this in FireCapture rather than SharpCap, unless SharpCap has an Auto Histogram feature that I am unaware of.

I may need to switch from the small sensor SV305 to my large sensor ASI183MC, which has more than 6 times the area. Would be easier to catch the Moon, and cropped at full resolution would provide a larger image. However the smaller pixels will reduce the SNR. Unless I bin, which will up the SNR but reduce the resolution of the Moon. Lots to consider.

In any event, here's the raw footage, if you're interested. The green light is the sailboat sailing off to the right. You can see the Moon starting to blow out, and then watch me randomly twiddling with settings, trying to match the color of the Moon I was seeing on the horizon. It was perfectly orange. I don't think any blue light made it through the atmosphere to the sensor at all. 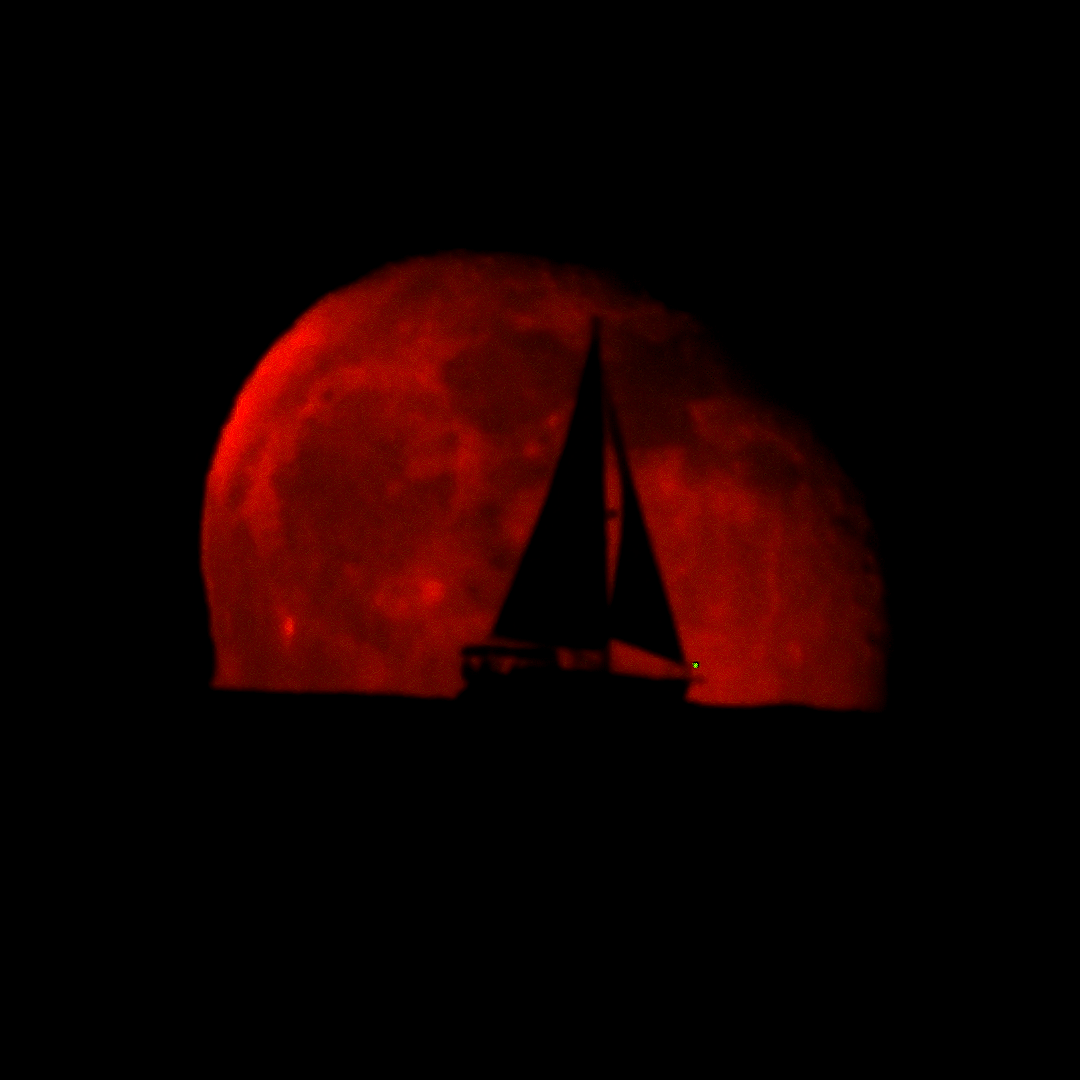 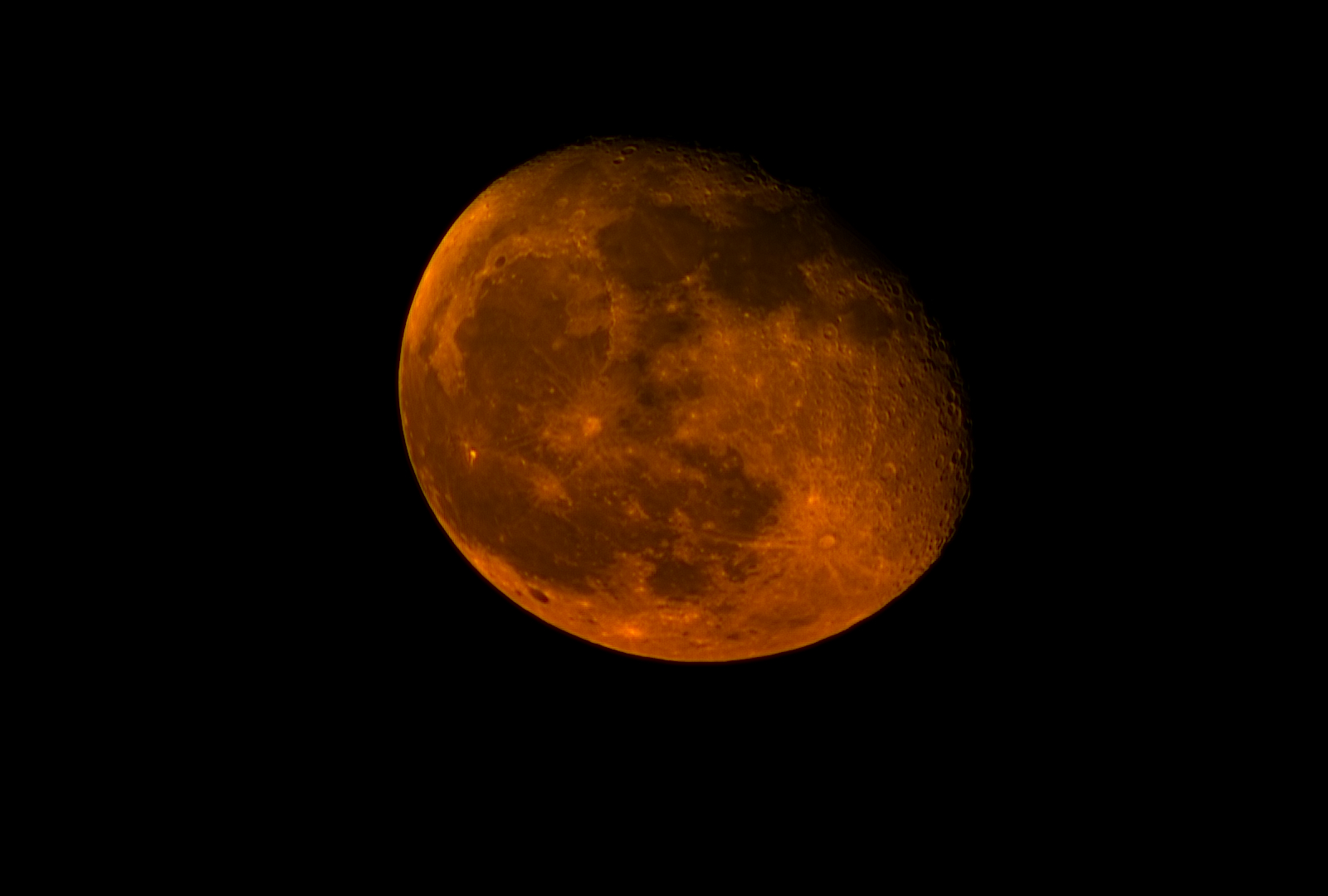 I saw this moment only in Stellarium. Very good photo!

Thank you, Max. Much appreciated!