This is not intended to be scientific nor rigorous, rather, just some subs from various messing's about. The conclusion first, IDAS NBZ UHS works very well at F/2.2.

The goal these different nights was to sort out spacing, tilt and play with filters. I didn't try the Altair Quad or no filter at all, for some reason, but intend to do that just to satisfy my own curiosity. I now have a Celestron LP filter whic hI can try as well. At some point I'll also revisit M 42 and take a solid run at gathering some good data now that hopefully most of the tilt and spacing is sorted (not necessarily reflected in these subs fyi).

These are single subs, not stacked, and in each case asinh stretched in Siril the same modest amount, black point raised the same amount. 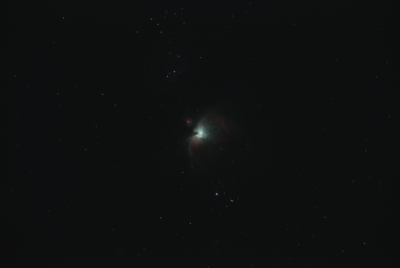 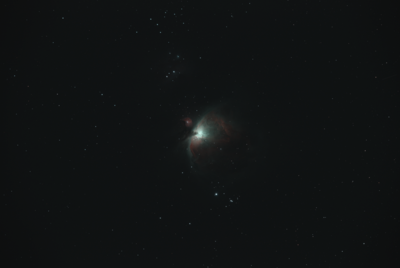 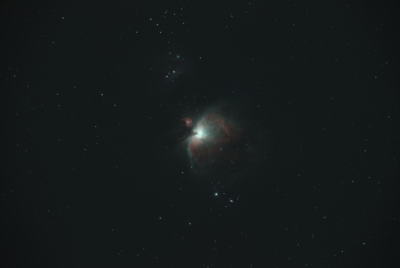 It really takes a lot longer to begin to pull out the detail in Ha. Oiii is well represented though. This is very much in line with previous independent analysis of this filter available elsewhere on CN that shows Ha to be highly attenuated at F/2 but Oiii transmits pretty well. This is what I concluded over the months of using it. The filter is great in slower systems. 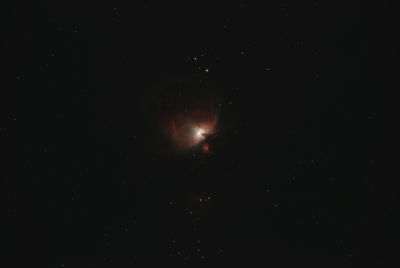 My take, after just a few uses, is that the NBZ UHS delivers at F/2 returning the RASA to a fast light gathering tube. Ha is abundant with short subs, as expected from an F/2 system. I was also able to get a not bad for a lazy imager rendition of the Rosette with the filter. The downside is it apparently is only suitable for fast systems. F/3 would be considered too slow if I understood what I read.

Just for fun, I stacked all the data even though the camera orientation wasn't consistent, and I had been playing with spacing and tilt ,and there were no calibration frames taken. Here it is anyway, warts and all, stacked in DSS, stretched and cropped quickly in GIMP,  under 1.5 hrs of data combined between the two filters from above. I think it the NBZ UHS is a keeper. 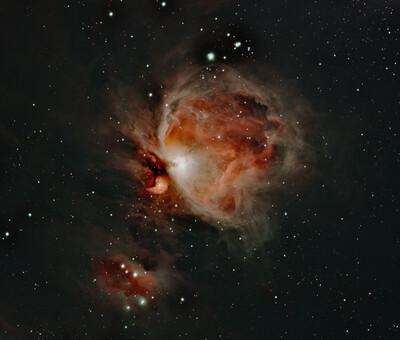 Here's around 2 hrs on the Rosette Nebula with the IDAS NBZ UHS filter, just a quick run through Siril, no calibration frames or attempt to draw out the most from the data. I think it needs more, but it reaffirms that the filter is working. 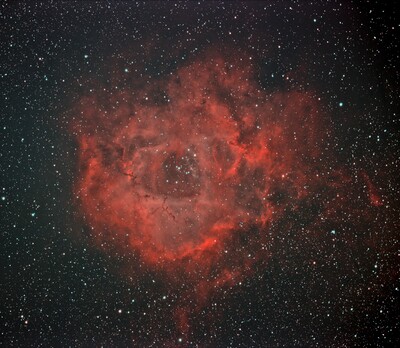 Looks good for the idas nbz uhs. I am going to get one if any available next week for my Rasa 8.

I have the IDAS NBZ filter.  It was recommended to me because of my setup:  HyperStar v4 on my 11" Celestron.  This is a stack of 45 30 second exposures and calibrated with flats, darks, and bias frames.  I use a one-shot color camera (ASI ZWO 2600 mc pro cooled).  Even though conditions were not that great, I am impressed by what this filter can do.

On the NBZ page, the description states good up to F/2:

Then on to the UHS page where two versions are listed:

The UHS specifies F/1.4 - F/2. The other variant, also referred to as UHS, covers F/1.8 - F/2.8. I have this latter one selected after a conversation with Ted. These UHS versions are also a little cheaper than the NBZ proper at the time of this post.

For the C11, Hyperstar v3 is F/2.0, while Hyperstar v4 is F/1.9. The F/stop is different for aperture of OTA and model of Hyperstar varying from F/1.9 up to F/2.3 depending on aperture and version and there may be others out there too.

Kind of like people saying ZWO OAG when there are at least three very different NBZ variants, it'll be important (or will it) when comparing these filters to know which is which. I called my variant a UHS, since it was sold to me that way, but there are two UHS variants, so not sure what to call it.

Pretty sure that the M 42 core would be gone if I shot a 30s sub at unity gain with the F/2.2 RASA 11 using the NBZ UHS version I have. I seem to recall trying it, just not sure that I saved the subs. Fairly certain 60s was a bust. As I recall, 10s was the upper limit without saturating too many stars for my preferences and blowing out part of the nebulosity.

This is much more apparent in the original images. The scaled back versions posted here lose a lot of important detail, of course.

Are the UHS variants new? I've only heard of these since getting my NBZ, and that wasn't very long ago. I did get the NBZ because it was touted as being better for faster setups and I had f2.8 lens as well as planned on getting a fast newt. I certainly don't need on designed for f1.4-2 though, even with my Rok 135mm f2 becomes much slower when I use step down rings for the NBZ. Ended up all the fast newts I was considering are on indefinite backorder, and in meantime got f/7 refractor. So using the NBZ on my AT130EDT f/7 currently (with .8x) seems to be doing well but I lack the experience to recognize truly if it is or not. Certainly don't need the really fast variants.

I believe the UHS variants are relatively new.

My understanding is the NBZ works well in the neighborhood of ~F/2 based on reports by others, but it is hard to say since often folks are not precise in specifying versions, or perhaps do not actually know there's a difference.

I think the NBZ does work at F/2 based (among others) on this thread by cuivienor, and especially this one which presents a few excellent and detailed reports by jimthompson. Apparently the UHS versions of the NBZ are further optimized for fast systems perhaps at the expense of performance in a slower system.

I found reading the reports, PDFs listed in Jim's thread, time well spent. I've referred to them more than once. Great work.

I have the IDAS NBZ filter.  It was recommended to me because of my setup:  HyperStar v4 on my 11" Celestron.  This is a stack of 45 30 second exposures and calibrated with flats, darks, and bias frames.  I use a one-shot color camera (ASI ZWO 2600 mc pro cooled).  Even though conditions were not that great, I am impressed by what this filter can do.

Amazing picture! When shooting Orion nebula with NBZ, my images are always more reddish than yours. How did you get all this blue information? Was in post processing or straight from the camera stack?

I actually just put some images of the UHS vs the regular NBZ on facebook RASA owners page.

I didn't see any gain at all with the UHS, in fact I thought it had less color punch.

IDAZ UHS on the left, regular IDAZ on the right.

Amazing picture! When shooting Orion nebula with NBZ, my images are always more reddish than yours. How did you get all this blue information? Was in post processing or straight from the camera stack?

Processing.  I start out in Maxim DL to stretch, color balance, and filter digital development to bring up the mid tones.  Then I work in Lightroom to do most of the exposure, contrast, blacks, whites, curves etc.  I finish off in Photoshop.