New to me ETX-90-EC and odd DEC tracking issue, and noise

I have a couple issues with a new-to-me ETX-90-EC:

1) After tracking a while (like 5 minutes), the DEC suddenly moves "up" about 10 degrees.   All subsequent gotos are now "off" in DEC by that amount.

Is this a known issue, perhaps previously discussed?
(I've been away from the whole Meade Autostar, ETX, scene for quite a few years.)

(I'm thinking it could be a dirty encoder... or even a loose wire somewhere.)

(I suppose I could put the Autostar on my ETX-60 and see if it does the same thing... if so, then it might be something with the Autostar.)

There's a second problem I'd also like to look into:

2) When slewing (at almost any speed) the DEC motor is super noisy.   The RA has noise, but maybe a third as noisy as the DEC.   By comparison, the 60 motors are the same noise level for RA and DEC, and sound rather smooth.   The 90 DEC is almost screaming.
Any idea what this might be, and if it is serviceable/fixable?

As for the this ETX90-EC, here's the history:

I used to have an ETX90-RA back in the 90s, which I sold when the EC came out anticipating I would get an EC, but never did... tho I did pick up a $99 ETX-60 Costco special.  Anyhow, I was surprised to see Meade in such trouble with the lawsuit, and the demise of the ETX line, so I started looking for an early EC.  In retrospect, I maybe should have gone for a PE, but oh well.

I ended up snagging what looks like a lightly used ETX90-EC with carry case, and some eyepieces from shopgoodwill.

I've reset the Autostar, and checked the Telescope , Site, Date Time, etc, and also did Calibrate and Train drives.

I'm pleased there is still some community here around the now-vintage ETX/Autostar scene.

thx for any suggestions on the tracking issue and the noisy dec drive. 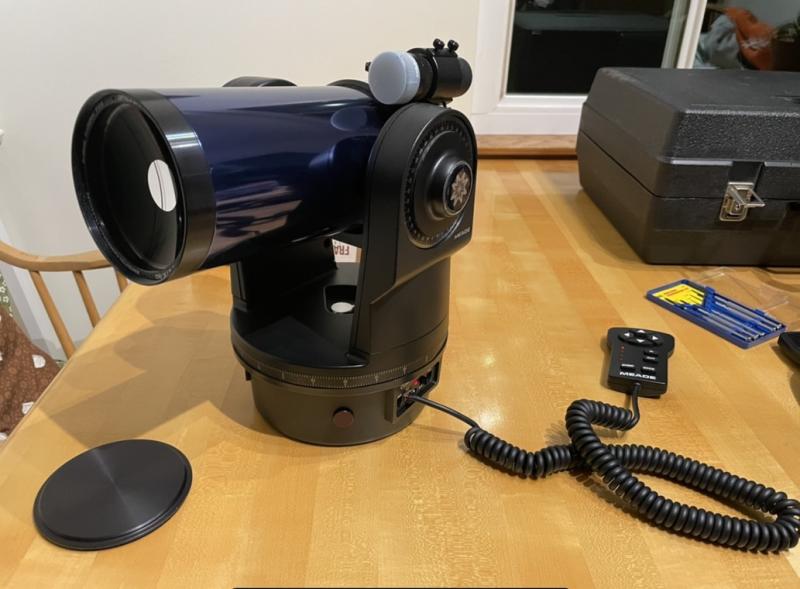