Nobody Images The Full Moon

It's washed out and there's not much to see.

I've seen the same comment several times recently, advising beginners not to bother imaging the full Moon because it's washed out and there's not much to see. O'Really. Challenge accepted. I really wanted to focus on bringing out terrain color and detail in the absence of any "3D effect", as it was put to me. The seeing was forecast to be on the bad side of poor, so I eschewed the ASI183MC and stuck with the Sony a6000 and it's larger pixels. I shot over 200 lights and I'm glad I did because I had to be pickier than normal for this image scale. I know from experience that this camera absolutely requires flats for lunar photography because there is a very noticeable vertical gradient at the top of the frame with high shutter speeds, and it shows up as the top of the Moon turning a moldy green cheese color when you stretch it. So I shot flats, but inadvertently shot about 20 more than I normally would have, so 52 flats. I probably could have used the flats as-is, but thought what the heck, let's do it right, and shot the same number of bias frames. Except I forgot to reset the shutter speed, so 52 dark flats it is. :Op 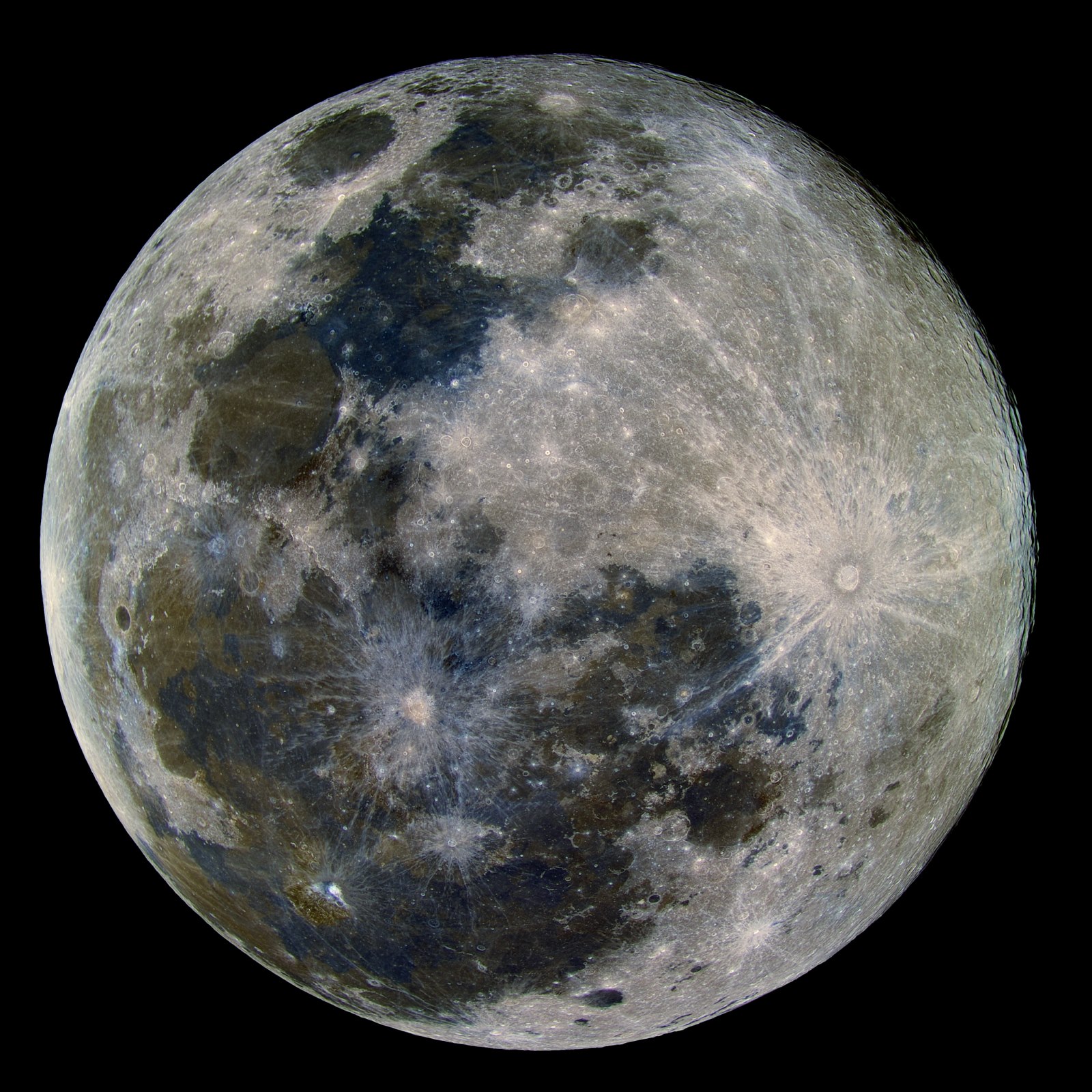 I've seen a lot of full moon shots with exaggerated saturation, sharpness and contrast to bring out as much detail as possible and this is one of the best.

That said, I really find it difficult to appreciate something that looks so unrealistic. I think the full moon is such an amazing sight because of the color and quality of the luminance. It would be noble goal to use image-stacking in conjunction with advanced image processing techniques to capture the special quality of luminance and color that makes the full moon look so amazing to the human eye.  The most interesting part of this image is the upper-right perimeter that shows some shadow detail and gives a little bit of that 3D effect.

I really like your rendition - but just to be contentious with the title of your post- Astrobin alone returns 5,534 results for "full Moon"

I agree...I actually made this into a screensaver and have it on my PC every day. Shot with an L-Enhance filter. 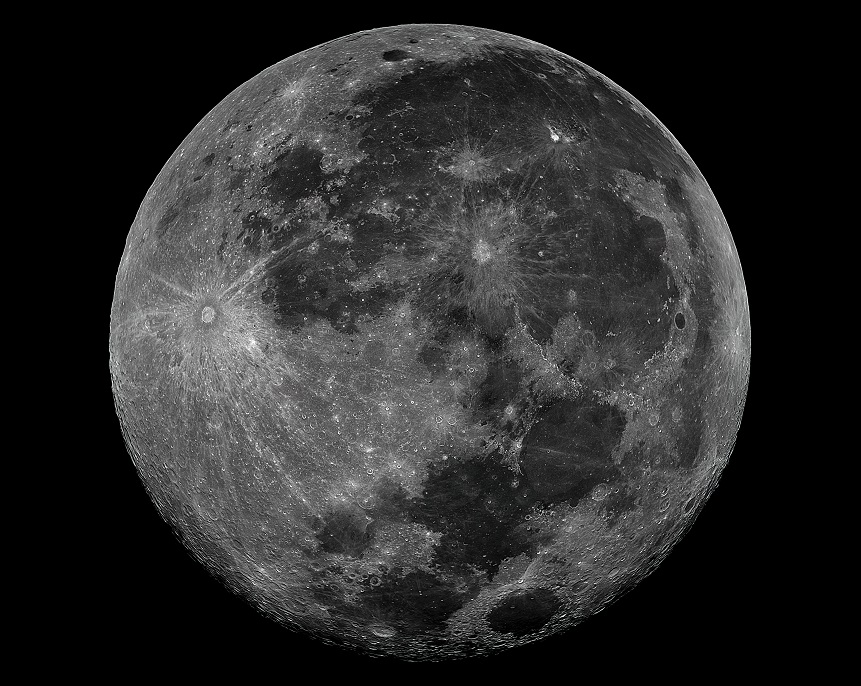 For me the full Moon is marvelous to look at visually with an ND filter and depending on it's Alt an ADC + ND filter. That said, I've never been able to get a decent picture of it. I've also not put much effort into doing so. Probably because there are some many like yourself that can take fabulous pictures of the full Moon.

I appreciate the mineral enhanced images but IMO the full Moon is always best in greyscale. Even at an Alt of 45-60 degrees an ADC can add contrast which is key to seeing the finest details. At full Moon scale the fine details are not nearly as obvious as at higher magnifications but they are noticeable.

I may need to give the AT130 a try with the 533 on a full Moon. It will have to wait since it's all about the clouds . . . probably a result of the used Hyperstar I received a few days ago.

Great image but definitely not the Full Moon.  Upper right hand limb clearly showing shadows from the encroaching nighttime.  Full Moon imaging is a challenge no doubt but the lack of shadows forces you towards discussing albedo features and the like.  I (as many do) much prefer to image along the terminator.

I do but I kinda like the brighter image. I’ve a few done with filters but this is the image I’ve seen for the past 30 years.

The Full Moon is defined as having an ecliptic longitude that is 180 degrees out of phase with the Sun.  If you image at the exact moment of the Full Moon, there will be virtually nonexistant shadows on either the Eastern or Western limb, as the terminator will be coincident with the visible surface.  However, in nearly all cases, there will still be shadow detail at either the North or South poles, because the orbit of the Moon is inclined to the ecliptic plane and so we are almost always looking slightly over or under the Moon.  The exception is if the Full Moon is crossing the ecliptic plane, but in that case a lunar eclipse is occurring.  The Full Moon of January occurred with a significant libration to the south, which means that we are looking beyond the South Pole and can see the terminator across the bottom of the Moon, even when completely Full.  As we get progressively closer to zero libration in latitude we see less shadow detail at either pole during a Full Moon, but this only happens in a subset of Full Moons.  The other factor is that most people are not observing the Moon at the exact moment it is Full, but rather are 1-2 days off in either direction.  This means there will also be significant shadow detail along the appropriate limb to the East or West, and in fact these times are optimal for observing certain features.

My opinion - I like mineral moon shots and this one is beautiful. Just as with DSO astrophotography, we're enhancing something that is really there but we just can't see it with human vision.

Thanks, all. As for the Moon being a few hours past full, well, it was. The exact full Moon as at something like 6:32 pm yesterday. I had to wait until it was high enough in the sky to image.

On a related note, I considered setting up the 1100 EdgeHD to try to make a full mosaic of the almost-full Moon tonight using the ASI183MC. The seeing is supposed to be good tonight, 4/5. This image is ~9 Mpixels. That image would have been 100+ Mpixels. It would just barely be feasible, probably requiring 12 panels to guarantee no gaps; two panels horizontally or 3 panels vertically cover 0.54 degrees with zero overlap. The Moon tonight is 0.51 degrees in diameter. If I could get feature tracking to work in SharpCap, I would have done it. Alas, it does not like the declination backlash in my mount. I can guarantee my polar alignment to a few arcseconds, but I cannot guarantee the current rate of lunar motion will match the average lunar motion used by the mount in lunar tracking mode, so there is inevitably some drift and some loss of edge data that could prove disastrous. Hence, 12 panels for guaranteed success. But then the size of my recording SSD comes into play. Each video could only be 1800 frames long, as I only have 434 GB free on my recording drive. 1800 is probably enough frames to get a decentish result with good seeing. But I don't think it's enough to guarantee the quality of all 12 panels. Hence, I did not take the shot.