Improving the Optec SMFS cable mounting for the C14

I use the Optec SMFS system as my main focuser. This is great as I can lock the C14 promary mirror and move the secondary for focusing. However this means that the connecting cable, cat6 ethernet, is trailed over the corrector plate which can lead to odd shaped star spikes unless the cable is coiled into a loop. If the loop is free floating it can be difficult for your flats as well as possibly inconsistent artefacts around bright stars if the loop moved.

I originally used an 8" embrodiery hoop with the thin ethernet cable sandwiched between the 2 wooden ring sections. This worked however its profile was bigger than I liked and over time, I left the wood untreated, it began to distort under the effects of moist air. I needed to look at something better.

My new dew shield is made out of polypipe and it is very easy to work and with this in mind I needed to adapt the original fitting slightly as it was only a single attachment point and of course the ring could move out of the horizontal position if knocked. I also needed a far stronger but thin metal ring.

I did a search on eBay and I found a thin 8" diameter ring used for flower arrangments. This was very strong and suited the requirement exactly. The question I needed to fathom was how do I attach the ring to the polypipe. The material is notoriously difficult to glue. I then considered how I fitted the original brass mounting screw studs into the polypipe. These have a hole drilled slightly smaller than the fitting and then heated with a torch are then pushed into the plastic melting them rock solid in placce. I put this thought into action and ordered some fixing blocks used to hold kitchen sections together. I put the ring into a bench vice & heated the ring with a torch until it was nice and hot. I was then able to press one of the blocks into the hot ring melting it firmly around the ring- it effectively became one piece- a ring with a block attached for mounting. I enlarged the 2 holes in the block slightly and was then able to heat the brass studs, which hold a 6 mm bolt, into the plastic block thus also melting these in place. I now had a ring with mounting holes to attach to the C14 dew shield. I used one of the surplus blocks as a template to accurately get the drill position for the second mounting hole on the polypipe and fixed the brass screw stud in place by again heating with a torch and pressing the stud in melting it in place.

As in the photographs it all went together really well. I covered the new assembly in mat black sticky felt and fixed it in place. The ring being so rigid I was able to fix the cable around the ring with small cable ties and feed it out of the polypipe into the channel I previously left when I filled the gap between the polypipe and the C14 with expanded foam filler (off the telescope of course using an aluminium dew shield as a spacer between the poylpipe to get the correct diameter for the fitting of the shield). I rotated the cable ties after the photograph 90 degrees so that they face outward thus making their profile less visible.

I now have a custom weight dew shield that fits the C14 perfectly without sliding or slipping and a custom solid mounted cable support for the SMFS ethernet cable- and the nicest feeling is that I did it all myself- design and build. It's not the greatest standard of work but it all works.

I now need to give the felt inside a quick brush with a clothes brush to clean off the little bits of expanded foam & cutting debris then we are all done.

This ring fitting can also be used on the RASA to loop the camera cable very nicely. 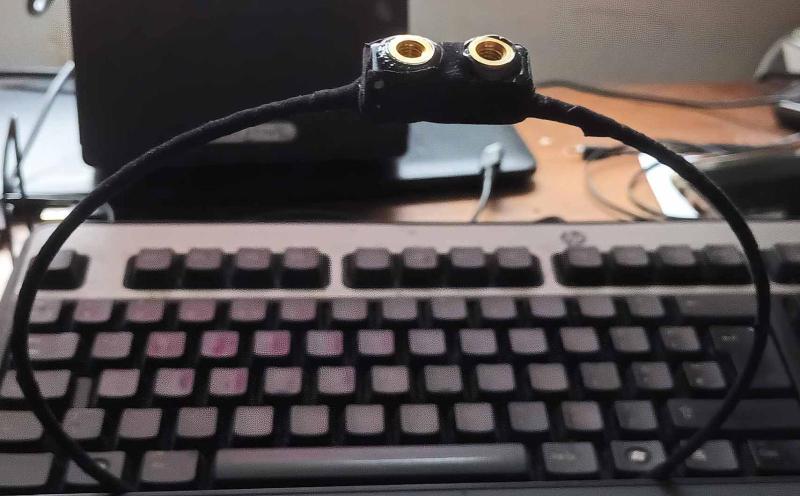 Fitted to the telescope 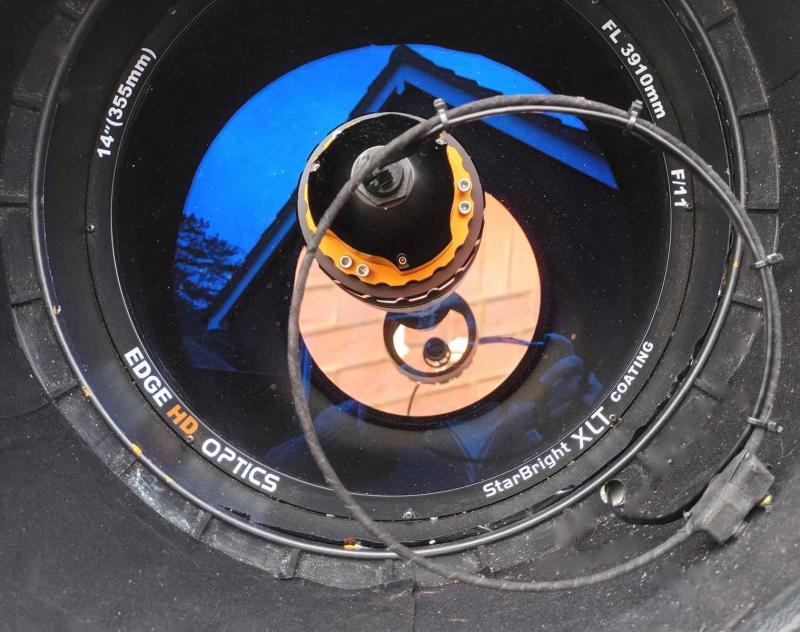 Back to Equipment (No astrophotography)