Adapting Binoculars for Filter Use.

Apologise I had to use three post to insert pics

Darren Henning (Royal Astronomical Society of Canada) kindly let me share with you a way of to adapt any current binoculars to filter use.

I have several APM MS binos that I use with 49mm Kaiser caps (which fit like a glove on the ocular cups when rolled up), and added an insert from ScopeStuff – these are 1.25” filter threaded inserts that I fit into the caps using a Dremel tool:

Kaiser lens Caps (49mm fits my APM binos, you’ll have to measure your eye cups rolled back to find size); B&H Photo and several other outlets sell these too. Run about $20-30 USD depending upon sizes needed. 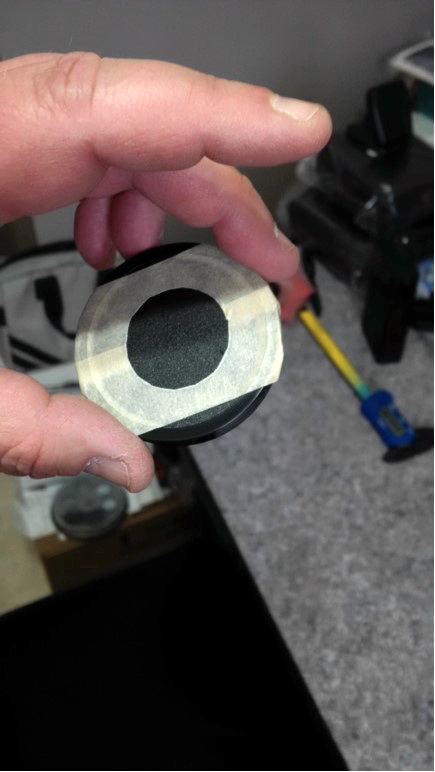 Shown is reamed out caps and TFA1s ready for insertion: 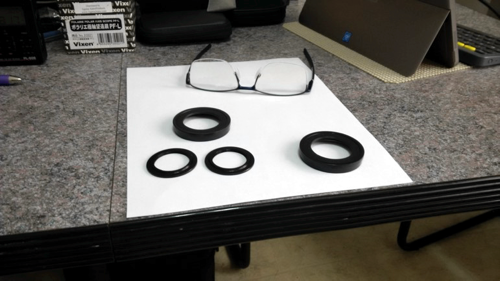 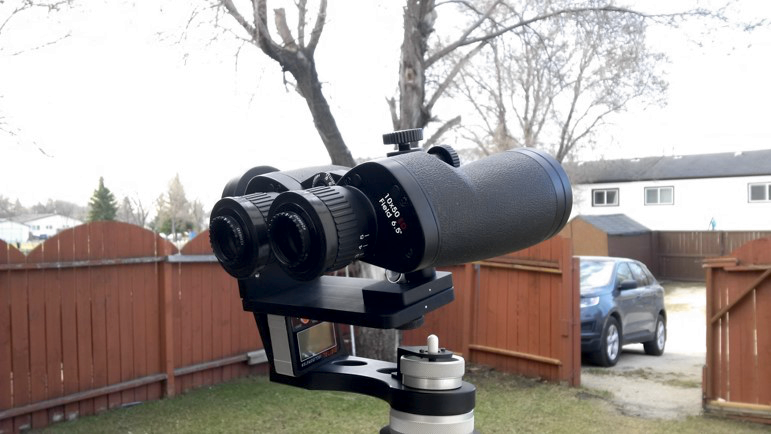 Up to you which way you wish to go. With my APM binoculars and a polarizer or sky glow filter, I lose maybe ~0.1-0.2 degrees of FOV which is a fine trade off  when getting to use filters. Results will vary dep. On eye relief of the pair(s).

I hope this is useful for you also!  An option that is nice for general bino use, since Oberwerk is the ONLY outfit I know of that offers this filter ocular option!

I had never noticed the SS TFA1s before, a handy problem solver.

Just a note to viewers, eye relief will need to be on the long side.

I ordered my early 1980s University Optics Comet King 20x80 binos with the nebula filter option, a thick filter bonded to a copper plate that, IIRC, went underneath the rubber eye shield (an alternative method that might work with the SS TFA1s!).

With the short ER oculars it was barely usable and, also in part to my B9+ LP and the filter's overall transmission reduction, they were used only a few times despite the cost.

But it was a great idea, just ill-applied.

Your setup looks great and should do well with most of the eyeglass friendly long ER oculars made today.

I also don't know why this is not built in on long ER Astro binos (for non-eyeglasse users).

If the filter body height does not work for a reader due to short ER, it might be possible to bond the filter element to the SS adapter, presumably just within the adapter opening, if recall filter body dimensions correctly. Or even to a thin, wide flange washer is an appropriately sized one is found.

That would be similar to the UO version, and likely work a bit better as they chose unusually thick double layer glass filters at that early date.

This would also let you use the coated Baader Moon and Skyglow filters, the only filter I found effective in B9+ skies, at least until they install the hated LED street lights. Nice neutral views with minimal reduction of overall light, they should do nicely with the limited bino apertures.

Hi Mark, all the thanks goes to Darren Hennig who I sent an email to, and he kindly replied and gave permission to share here.

I am hoping to give Darren's method a go, just have to source parts from here in the U.K.

Just a thought on filters placed after the eyepiece rather than ahead.  Many filters that are dichroic like UHC, NPB, H-alpha and OIII change their bandpass frequency depending on the angle of incidence of the light passing through them.  When mounted outside of the eyepieces rather than ahead of them, the angle of light leaving the eyepiece increases considerably as the object being viewed is moved away from the central axis.  This means the filter will work most effectively only when the object is viewed directly on axis.

Take a UHC filter, for example, and hold it in front of your eye;  first hold it perpendicular to your eye and then tilt it slowly to a 30° angle and see how the frequency of light being transmitted changes over that range.  Similarly, what would be a small variance of angle of incidence ahead of the eyepiece becomes a larger one after the eyepiece.  If you're used to using these filters telescope-style screwed into the eyepiece barrel ahead of the field stop, you'll likely see a difference in how they perform when the filter is placed right in front of your eye.  It's not that the filter will be ineffective, only that its bandpass characteristics may be changed by locating it after the eyepiece.