2 classics: the Lagoon and Trifid

These images of the Lagoon and Trifid nebulas were obtained with my SVX140T + ASI6200MM. Since the Lagoon in RGB is essentially monochrome red, I instead just processed Ha data: 21x360sec subs. The Trifid image is RGB. Originally I tried removing stars in this image using starnet in PI, but that left some artifacts I couldn't remove, so instead I tried starnet++ v2. This did a better job around the brightest stars. My workflow for this image: create non-linear RGB image, remove stars with starnet2, apply curves and local histogram equalization, restore stars.

Images have been cropped for composition and down-sized for CN. 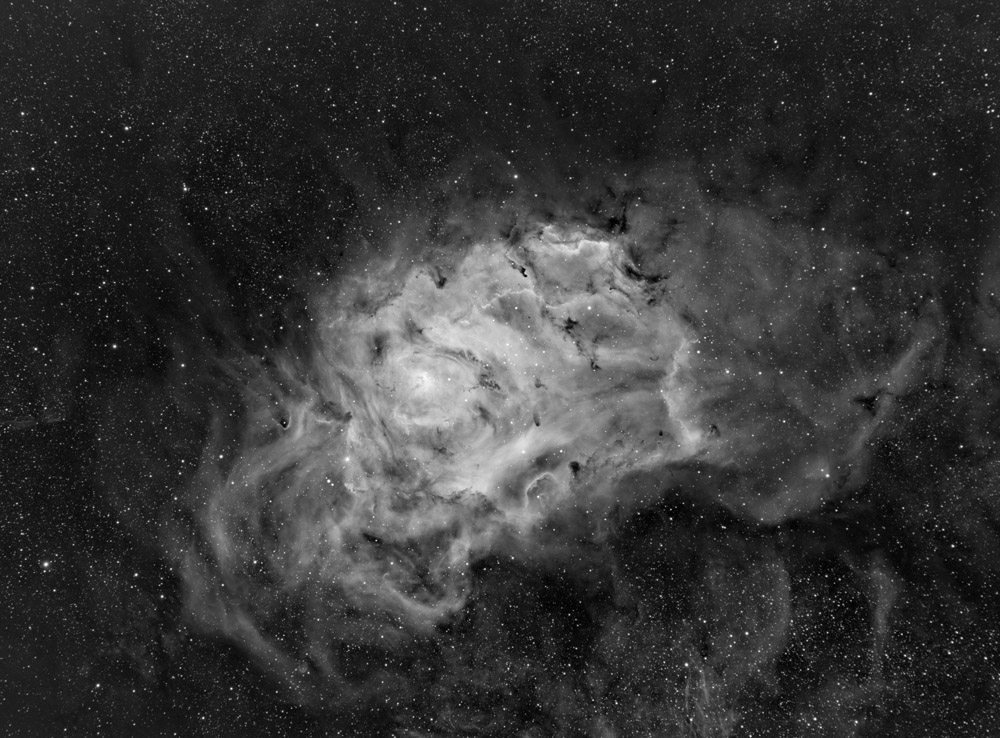 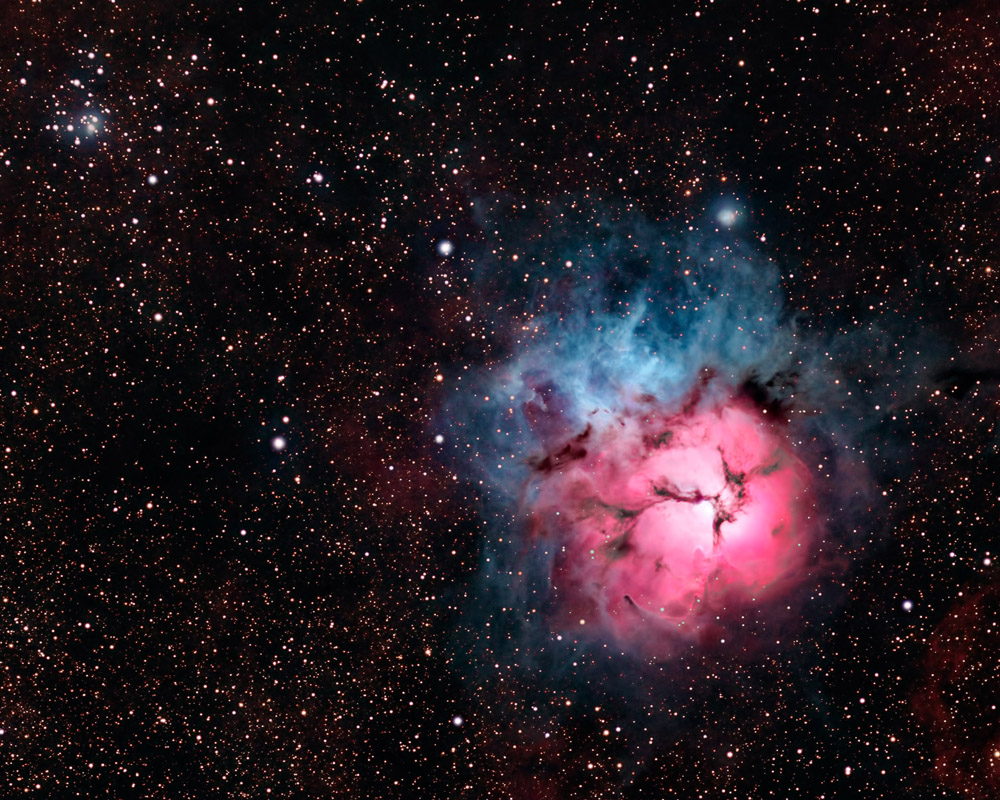 How would you rate the color correction and overall correction with the 6200?

I understand Larry, I guess what I'm asking is how satisfied are you with the scope/camera combo? Is the correction good to the corners? I can't tell hence the question...

Sorry, I misunderstood. I'm very pleased with this scope/camera combo. The 6200's small pixel size (0.8"/pixel with this scope) requires very well-figured optics to get the most out of this camera, and the SVX140T delivers. I think they are an excellent match.