Hello. Its another Arp273 image. But this one has pink spots.

I'd done plenty of my usual Baader 610 (R+IR) and Lum (RGB) subs to make a 610(G)L colour image as i usually do. Then i thought maybe i could pick up some H-alpha emission so i took a a couple of hours with my redshifted h-alpha filter (642 to 678nm). Then it occurred to me to check the actual wavelength of redshifted h-alpha, using the redshift (z) from SIMBAD. And, holy macaroni, it turns out to be exactly in the middle of the SII filters many of us have. So I sat on it for several nights, or as much as clear skies allowed. Got 14 hours over 5 nights. Lo and behold it shows the expected HII regions perfectly.

Odd thing is there dont seem to be any other images showing these online. These features are shown in the classic HST image as just OB associations (blue/white star clusters). I suppose the filters used must not have included h-alpha (or up to 672 nm, where it sits after redshift). And all other groundbased images just do the same.

Anyway Im pleased with it, its a neat trick. To be fair I got the idea from someone on CN who did it for another galaxy some years ago. And of course it only works for a narrow redshift range.

Final point; the only reason i was doing DSO was because we had rubbish seeing for weeks so no planetary. So its fundamentally not a very sharp image. Perhaps I'll revisit under better seeing sometime. 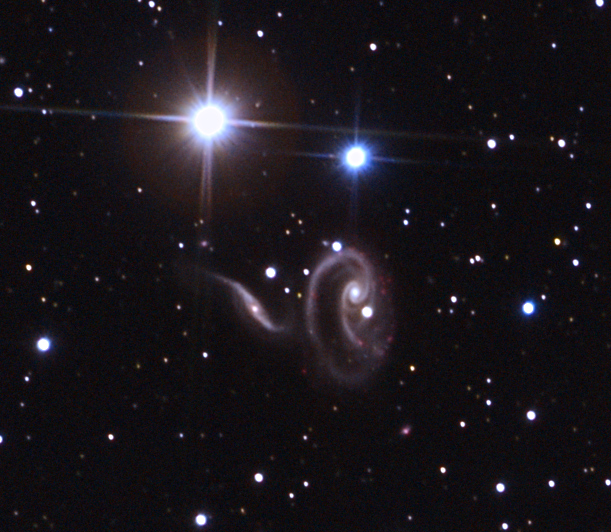 Nice detective work and a good result.  I guess there are a bunch of objects where this would work.

ARP objects are just so cool and unusual.

Nice image of a strange target. I have been following Halton Arp's controversial works for some time... but even without the science, the Arp collection of peculiar galaxies are just really cool to see

Nice detective work and a good result.  I guess there are a bunch of objects where this would work.

Yeah, depending on the bandwidth of the SII filter theres a narrow range.

For anyone who's interested, this is how i got the redshift, listed as 'z'. This number plus one, multiplied by the wavelength of H-alpha (656.3) needs to be within the wavelength range of your SII filter (ie something like 668 to 676). 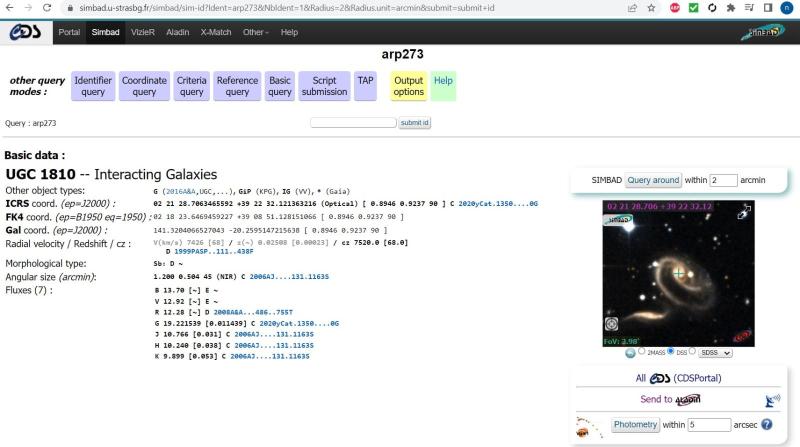