I am certainly not geared up for, or experienced with chasing galaxies.  But I thought some might like to see this one as I suppose for many in the Northern hemisphere it is never seen and right now Andromeda is getting all the glory! I was shooting C101 as a "filler" target while waiting for Orion and company to rise high enough.  Over a couple of nights I managed to get 3 hours on it (300 sec subs).  C101 was pretty low in the sky and I was not exactly knocked out with my data and it has been processed quite "hard" as a result of that.

NASA says this about it:

"Like more than two-thirds of the known galaxies in the universe, Caldwell 101 has a spiral shape. It stretches far beyond the edges of this Hubble view, more than 200,000 light-years across in all. Larger than our own Milky Way galaxy, it is one of the relatively few large spiral galaxies in the neighboring universe. Besides its larger size, this galaxy is very similar to the Milky Way. In fact, if there are observers somewhere in this sibling galaxy looking back at the Milky Way, they might see a very similar image — looking at Caldwell 101 is almost like seeing the Milky Way’s reflection in a giant, intergalactic mirror.

Caldwell 101 was discovered by astronomer James Dunlop in 1826. This nearby “island universe” lies 30 million light-years away in the southern constellation Pavo. Its disk is tilted relative to our line of sight, providing a stunning view of the starry spiral arms. In small telescopes, the magnitude-8.6 galaxy appears as a faint, extended object with a bright core. Caldwell 101 is best viewed in the winter from the Southern Hemisphere. Northern Hemisphere observers will have to be located near the equator and look for it during the summer months."

Imaged with Astrotech 80ED, 533MC, ASIAir, AM5 mount.  All on a homemade pier under class 1 dark skies. 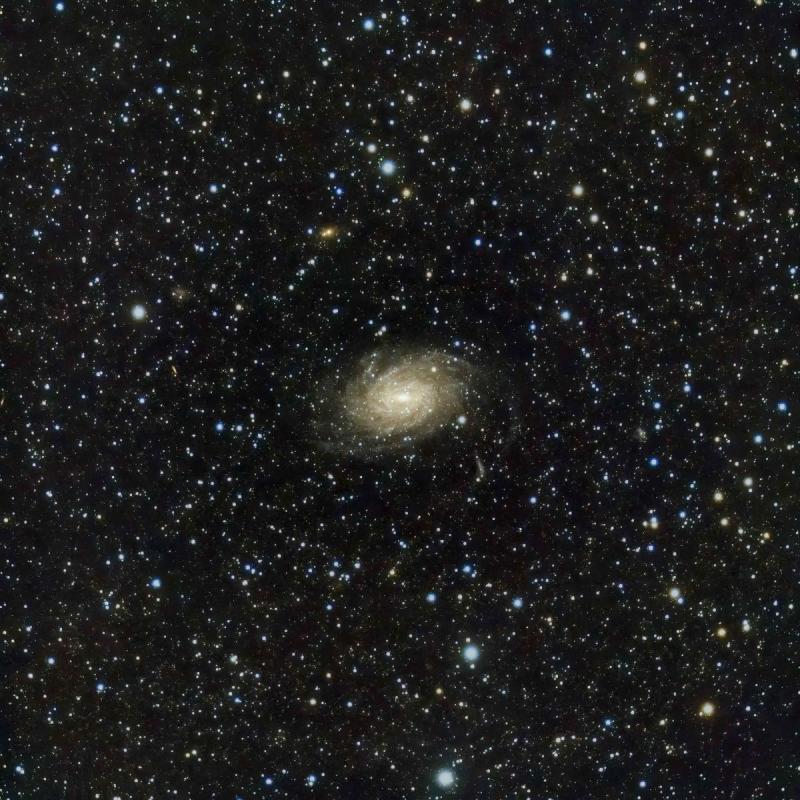 Very nicely done. I can't see this from where I live, so thanks for the image!

Great image! love the rich Starfield around this target.

Great image! love the rich Starfield around this target.

Very nicely done. I can't see this from where I live, so thanks for the image!

Thanks very much guys.